In the space of seven Test matches, England have sent a message to me and many others.

At the start of April, if you had said they had a chance to win back the Ashes next year, we would have said there was no way. But on the back of a remarkable northern hemisphere summer of Test cricket, it is clear: England can regain the urn.

Australia will respect the aggressive way England have been playing. And they will fear it too, knowing England can attack and are dangerous from all positions. The England side that Australia meet next year will be nothing like the side that lost 4-0 Down Under last time. It could be an incredible series of cricket.

The Australians will think England have no chance against their attack playing like this, but I think it is the way to unsettle them.

When Australia have lost in recent times, it has been against teams that have played aggressively against them in their own backyard. Australia like to dictate the pace and tempo of a game. But when you play against Ben Stokes’ England, they play on their terms. It is great to see.

Australia are powerful, yes, and their pace bowlers are fantastic – but England will not be scared by them, or anyone. 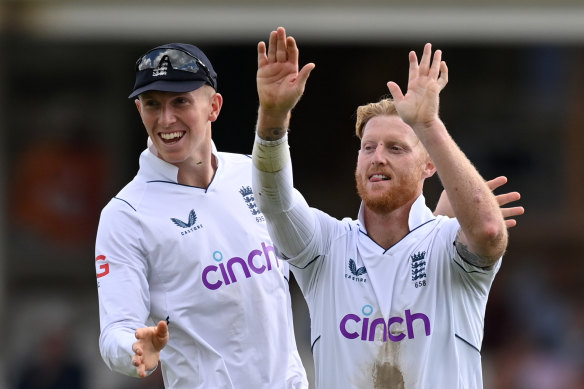 Ben Stokes (right) celebrates a wicket with Zak Crawley on day four of the third Test against South Africa on Sunday.Credit:Getty

The leadership group of Stokes and head coach Brendon McCullum has been so clear in releasing the shackles of any pressure on the field.

England have sent a clear message to the opposition that they are out to win, from any position.

I loved what Stokes said before the recent Test match against South Africa finally got under way – that England were out there to entertain and would try to do it for Queen Elizabeth II. 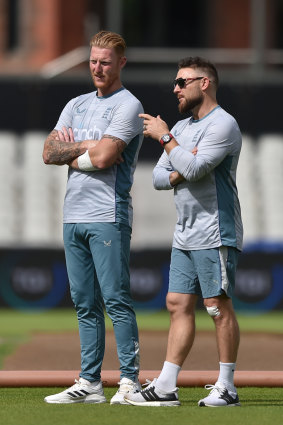 Coach Brendon McCullum (right) has had a huge influence on England’s aggressive style of play.Credit:Getty

The way he speaks in public as a captain is comparable to Tyson Fury. He never takes a step back and has an incredible will to win. If you are not worried about, or fearful of, losing, it is very dangerous for the opposition because they will be worried about failure and being beaten. That is part of the secret for England in the next Ashes series.

It has been amazing to watch. How can they get better? They can be a little bit smarter and savvier rather than always having that gung-ho approach.

Their victory at Old Trafford, in the second Test against South Africa, was the best performance of the British summer because it was smart. I still do not think the way they batted in the first innings of the recent Test at the Oval was smart.

If they want to be the best team in the world for a period, they will have to play more consistently – combine the flair they have displayed this year with the toughness and shrewdness they showed at Old Trafford, when they got through a tricky period of bowling from South Africa, absorbed the pressure and then threw it back.

It was great to see Zak Crawley and Alex Lees batting so well in the fourth innings at the Oval after a difficult few months. You can see the mantra of Stokes and McCullum – it is always to back players, to really believe in them.

Will the two openers tour Pakistan? You would think so now. You would also think Moeen Ali would come back to give England a second spinner.

I am a big believer that Test cricket needs all teams to play in this fashion. I am not sure the other sides are brave enough to do so, but England have been an incredible advertisement for Test cricket this year.

They have pretty much set the benchmark with the way they play their cricket wherever they are in the world. I think, from what I hear and what I see, they are committed to it. They are going to commit to playing this style all around the world. It will be a huge challenge to take this style and adapt it in Pakistan – but we know England will try.

The best thing is not that England are on the brink of winning six Tests in a British summer for the first time since 2004. It is that, for the first time in many, many years, people are coming up to me and asking me about Test cricket. As for the next Ashes? Good luck getting tickets.

Ashes set to be delayed with quarantine considered in scheduling