Kohli weighs in on abuse claims

The story of yesterday was undoubtedly claims from Indian fast bowler Mohammed Siraj that he was racially abused. 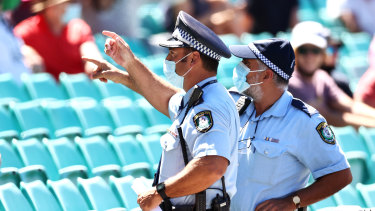 Play was stopped for about 10 minutes as police tried to identify the culprits but in the aftermath, witnesses, SCG security and police have all said the abuse was not racial in nature.

India disagree and while he may no longer be in Australia, regular captain Virat Kohli weighed in from abroad.

Some breaking news this morning 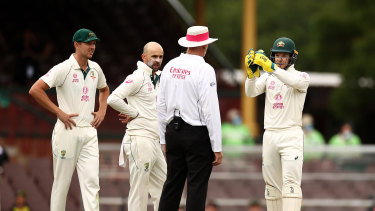 Tim Paine (right) remonstrates with umpire Paul Wilson at the SCG on Friday.Credit:Getty

Here’s the latest on one of the many storylines to come from this match.

The stage is set for Nathan Lyon. 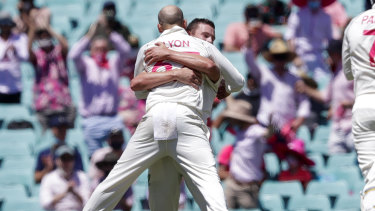 Nathan Lyon is out to spin Australia to success.Credit:AP

He hasn't taken a wicket in this Test but given the SCG is generally a spin bowling paradise on the fifth and final day, it’s his time to shine.

The equation is simple for Australia today.

Take eight wickets and put one hand on the Border-Gavaskar trophy.

Sam Phillips here in the hot seat with you.

Keep it tuned to this page for instant updates, highlights, reaction, news and everything in between.