‘He’s off the Christmas card list’: Stuart Broad is fined by his DAD after he swore during England’s first Test against Pakistan with match referee Chris recommending the sanction for breaking ICC’s code of conduct

Tensions will be high in Stuart Broad’s family home after the England bowler was fined by the ICC for swearing in the first Test against Pakistan – with his own father recommending the sanction.

Broad was fined 15 per cent of his match fee for using inappropriate language after dismissing Pakistan’s Yasir Shah in England’s three-wicket victory, with the ICC deeming he had breached Article 2.5 of their code of conduct.

Match referee Chris Broad had proposed the punishment to the ICC, with his son also given a demerit point after being found guilty of ‘using language, actions or gestures which disparage or which could provoke an aggressive reaction from a batter upon his/her dismissal during an International Match.’ 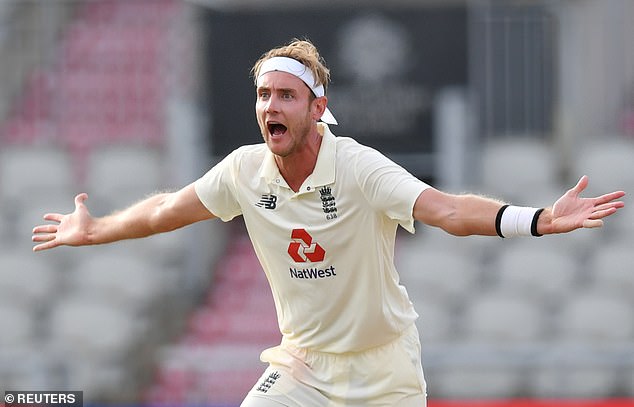 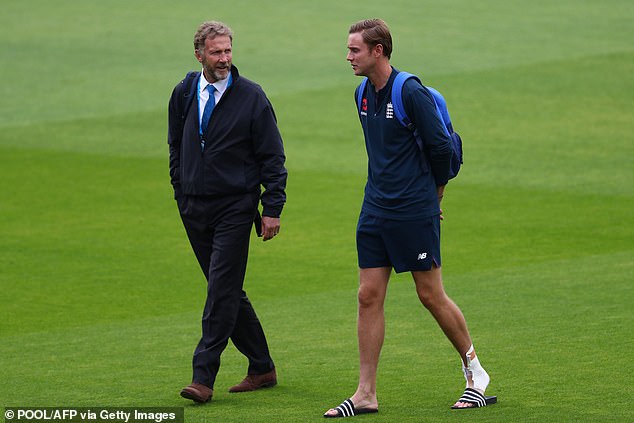 Despite failing to receive the backing of his family member, the 34-year-old saw the funny side of the disciplinary after replying to a social media post on the story.

England cricket supporters club England’s Barmy Army commented on the post, saying ‘@Stuart Broad fined and given a demerit point by his dad, match referee Chris Broad! Looks like we might need to change the words to his song slightly…’

He replied saying: ‘He’s off the Christmas card & present list.’

Broad, who admitted using the language in the 46th over of Pakistan’s second innings on Saturday, has now racked up three demerit points in the last two years.

If he picks up another demerit point in Thursday’s second Test, he will be banned for the third Test.