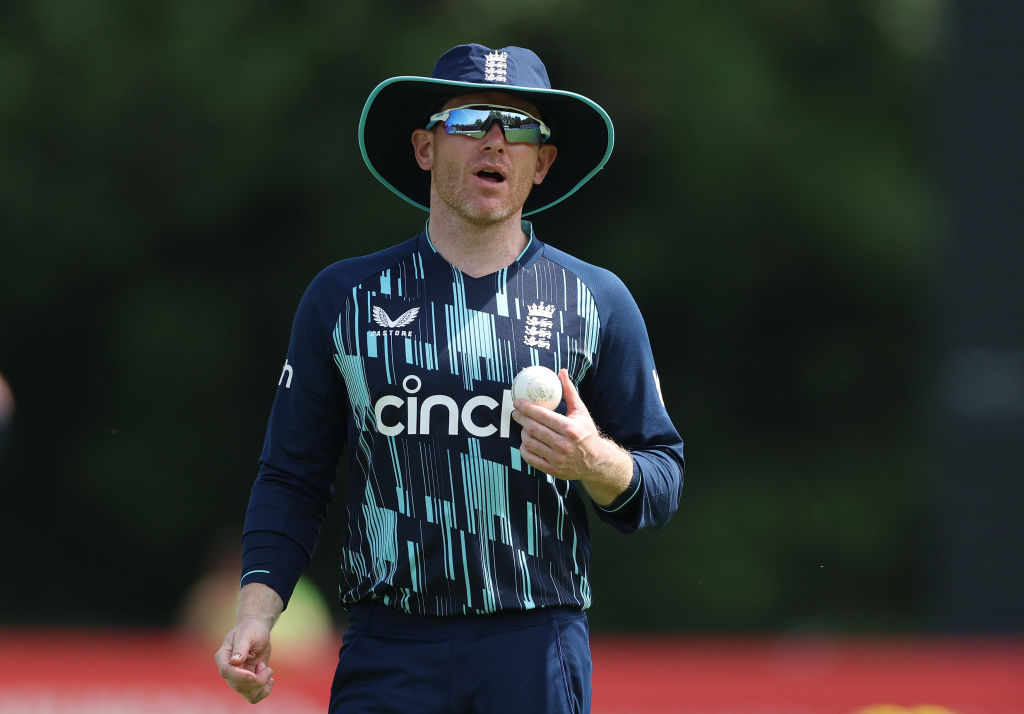 England duo Liam Livingstone and Jason Roy have leapt to the defence of Eoin Morgan and backed their captain to rediscover his one-day form.

Morgan is yet to score a run in England’s one-day international series against the Netherlands, falling for successive ducks in the first two matches.

The 35-year-old, who led England to World Cup glory in 2019, has not scored a half-century in any format of cricket since July 2021.

But his white-ball team-mates Livingstone and Roy are in no doubt that runs are just around the corner and insist Morgan contributes to the team even during his batting slumps.

‘I think the thing that has been forgotten is Morgs is an unbelievable leader,’ said Livingstone. ‘He is the leader of our team and everybody knows he is only one score away.

‘I’m sure that score will come very soon and he’ll be off and running again.’

England World Cup winner Roy added: ‘That’s just the fickle nature of the sport. If you’re behind the eight ball it’s quite tough but he’s an incredible worker, an incredible guy so I’m backing him for sure.

‘He’s the captain of our side and winning game so I think that means more to him than his scores which makes him more special to play under. He will be alright. He’ll be absolutely fine.’

Morgan’s two failures in Holland particularly raised eyebrows as England were in a strong position against inferior opposition on both occasions he came to the crease.

More runs from Salt and 73 from his opening partner Roy helped England cruise to victory in the second match, with the third and final ODI taking place tomorrow.

Buttler’s innings at the end of last week was one of the great white-ball knocks and Livingstone says it was ‘pretty special’ watching on from the other end.

‘To watch Jos go about his business, it was nice to have him on my side this time round,’ he added. ‘It was pretty special to watch, especially from the other end.

‘It’s been great fun. It was nice to obviously break the world record on Friday, the lads have put in some really good cricket, it has been a great standard and hopefully it’s the same again [on Wednesday].’