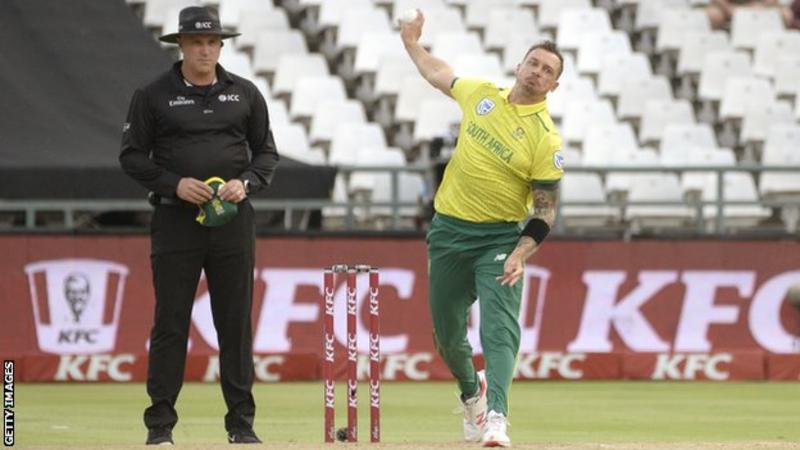 South Africa fast bowler Dale Steyn is set to play international cricket for the first time in nearly a year after being named in the Twenty20 squad for three games against England this month.

Steyn, 36, has not played for the Proteas since March and missed the 2019 World Cup with a shoulder injury.

He retired from Test cricket in August to prolong his playing career and has proved his fitness in a stint with Melbourne Stars in the Big Bash League.

The first T20 is on Wednesday.

Wicketkeeper Quinton de Kock, who was appointed one-day international captain in January, will again lead the side while regular T20 skipper Faf du Plessis is rested.

Fast bowler Kagiso Rabada has also been rested, while there is no place for former batsman AB de Villiers, who has been in talks with management about coming out of international retirement to play in the T20 World Cup in Australia later this year.

The Proteas have called up two uncapped players to their 16-man squad – batsman Pite van Biljon and seamer Sisanda Magala.

The hosts lead England 1-0 in the three-match one-day international series heading into the final game in Johannesburg on Sunday.

The Hundred: Finch and Winfield to captain Northern Superchargers