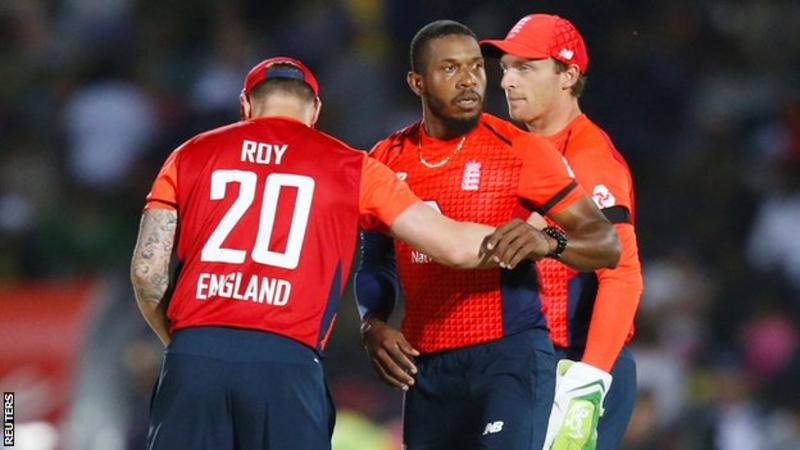 England held their nerve to level the series against South Africa with a thrilling two-run victory in the second Twenty20 international in Durban.

The hosts needed three off the last two balls to reach their target of 205, but Tom Curran dismissed Dwaine Pretorius and Bjorn Fortuin to secure the win.

Chris Jordan had seemingly put the total beyond South Africa’s reach with two wickets in consecutive balls before Rassie van der Dussen (43 not out) and Pretorius (25) fought back to leave their side needing 15 from the final over.

Pretorius hit a six and a four to put the Proteas on the brink, but Curran responded with a superb yorker to remove him lbw.

And then the England bowler bravely sent down a slower ball that Fortuin ramped to Adil Rashid at short fine leg, leaving the hosts agonisingly short on 202-7.

Proteas captain Quinton de Kock hit a stunning 22-ball 65 to get his side’s chase off to a fantastic start before England pegged them back.

Having fluffed their lines to lose the first T20 by one run on Wednesday, England did not capitulate when South Africa roared back this time.

Zampa out to atone for World Cup nightmare