It’s bulletproof buses, snipers on the rooftops and guards with machine guns as the England cricket team return to Pakistan for the first time in 17 years with presidential-level security

An England team arrived on Pakistan soil for the first time in 17 years on Thursday bearing gifts but wrapped in presidential-level security.

Within a couple of hours of a 20-man squad landing in Karachi for a seven-match Twenty20 series, it was announced that the players had donated a five-figure sum to the country’s official flood fund and that their ECB bosses were doubling it.

The three-week tour comes as Pakistan grapples with a humanitarian crisis that has seen a third of the country submerged by a ‘monster’ monsoon season that has affected an estimated 33 million people. 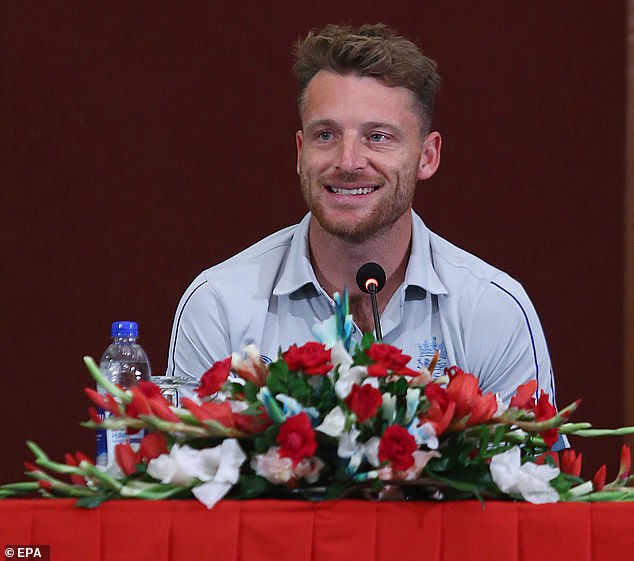 Addressing a media conference that attracted more than 60 local reporters and two dozen television cameras, England captain Jos Buttler explained they wanted to play a ‘small part’ with their relief money, adding: ‘We hope that us being here can uplift things a little bit and raise people’s spirits by seeing us play cricket. Sport has a great power to unite people.’

England last played in Pakistan in 2005 and were due to return 12 months ago, until they followed New Zealand’s hasty departure on safety grounds with a cancellation of their own, citing concerns over ‘mental and physical well-being’ of their players ahead of the Ashes – a decision the Pakistan Cricket Board branded ‘disrespectful’.

On Thursday morning, they arrived with VVIP protection – the level given to heads of state. 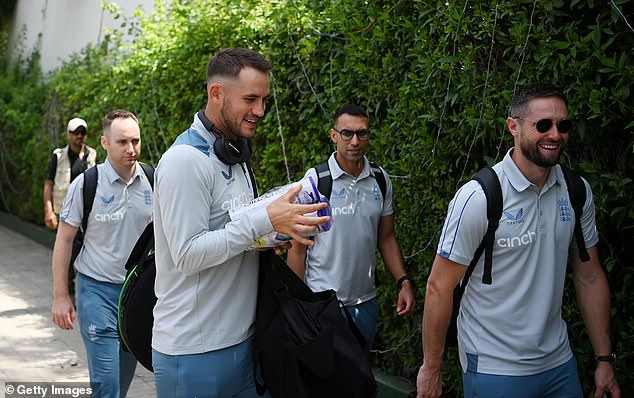 The PCB have handed over half a dozen of their bulletproof mini-buses for daily travel and more than 300 security personnel are on duty around the team hotel, including plain clothes armed officers and guards with machine guns.

On match days, roads en route to Karachi’s National Stadium will be sealed off, snipers strategically placed on rooftops and a helicopter will monitor their journey. Shops, offices and petrol stations nearby will be ordered to shut.

‘Visually it seems over the top but of course it is there to make sure everything runs smoothly,’ Buttler, who was on a similarly security-heavy tour of Bangladesh in 2016, said. 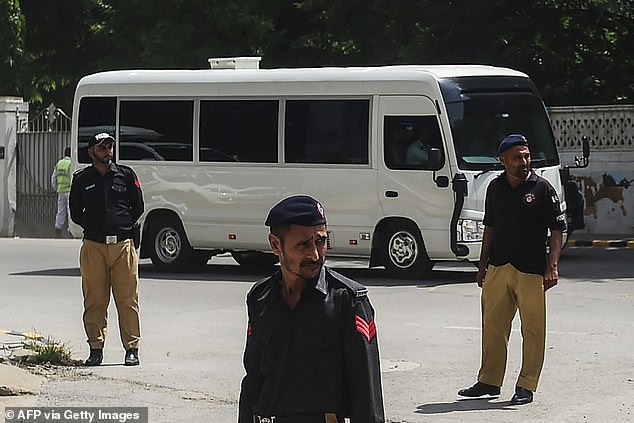 ‘That is the initial challenge as players, it visually being very different to what you are used to. After a day or two you get used to it, focus on the cricket and look forward to playing.’

Buttler added that reservations amongst the group about travelling did not exist following a presentation by the ECB’s security advisor Reg Dickason last week.

International cricket has gradually returned to Pakistan following the ambush by terrorists of the Sri Lanka team bus in Lahore 13 years ago.

During that period, England played their away series versus the Pakistanis in 2012 and 2015 in the United Arab Emirates and so this trip plus three pre-Christmas Tests, following a successful tour by Australia this spring, represents the full reintegration of Pakistan as a host nation within the international game.

County cricket facing ‘tough decisions’ over whether to return in 2020, Alec Stewart claims

Perry in doubt for start of home summer