England sealed the one-day series over Sri Lanka with a third successive win as another deluge and a risible error in the field prevented the hosts fighting back.

Eoin Morgan‘s side were almost halfway through their pursuit of 274 when the thunderstorms which have blighted the tour made their way to Pallekele and ensured the result would be decided by the mathematicians once again.

The final margin of victory, 18 runs on Duckworth-Lewis-Stern, was comfortable but England’s closing position of 132 for two after 27 overs would have been worse had Joe Root not been reprieved in unusual circumstances.

Root was on 22 when he was caught at short fine leg, only for umpire Lyndon Hannibal to signal no-ball having spotted a fifth fielder outside the circle.

The wicket was scrubbed off, tipping the DLS equation further against Sri Lanka, and a clerical oversight was turned into a decisive moment as Root and Morgan’s 56-run stand nudged England over the line.

If the rain-soaked finale lacked drama, it nevertheless continued the tourists’ dominance in a format where they have won their last nine series – a sequence only interrupted by a shock one-off loss to Scotland.

Niroshan Dickwella and Dinesh Chandimal proved less obliging, settling down to a low-risk partnership worth 70 runs for the second-wicket.

Moeen Ali eventually drew errors from both men, Chandimal charging at one that spun sharply and hit off stump and Dickwella lbw for 52 on the sweep. 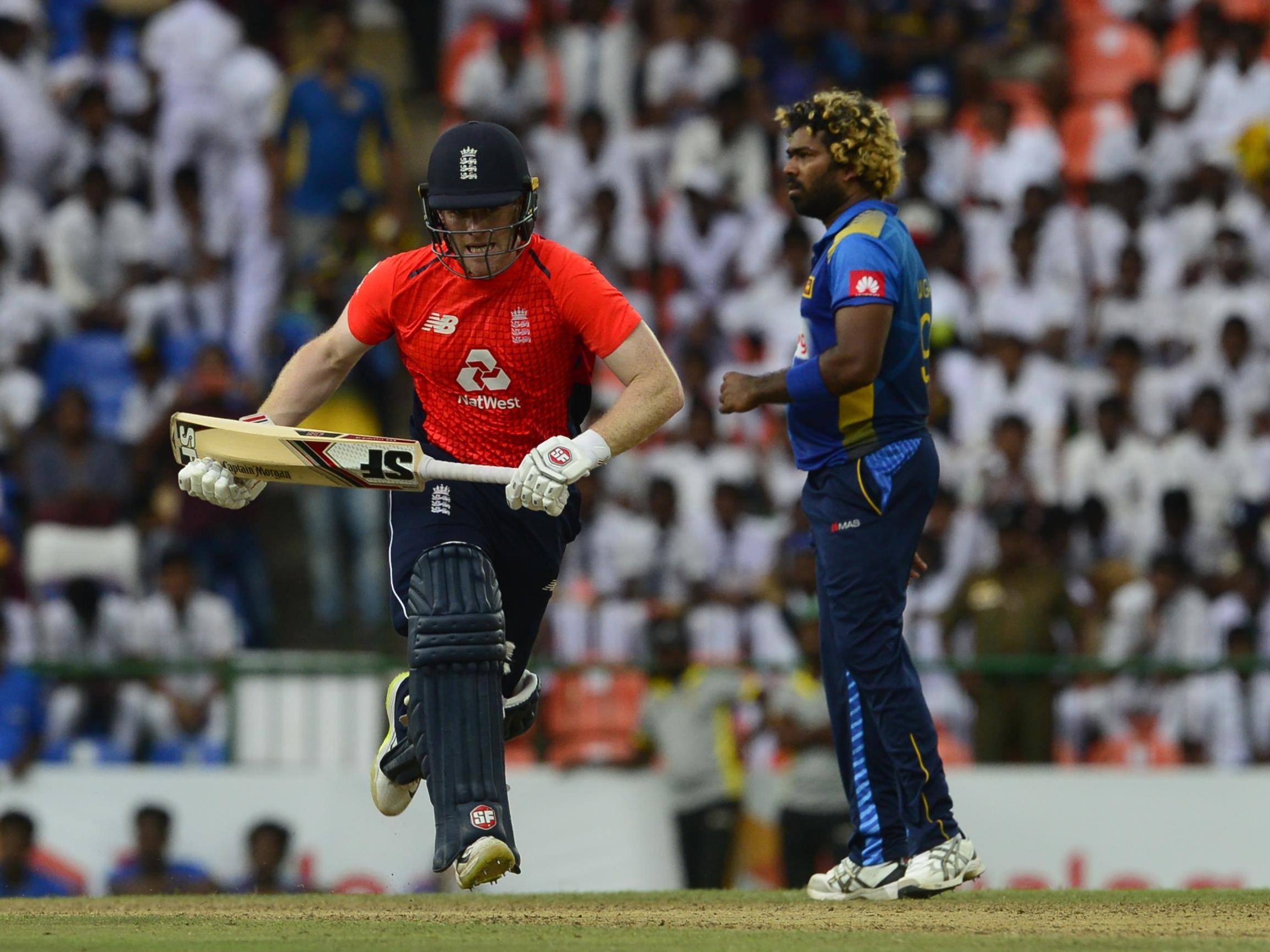 From 89 for one Sri Lanka were soon 102 for four, Adil Rashid taking care of Kusal Mendis lbw on his way to the tidiest figures of the day, just 36 from his 10 overs.

Dasun Shanaka fared better than the rest by collaring the leg-spinner for two sixes, though the second owed as much to Alex Hales’ generous fielding on the rope.

Shanaka went on to hit five maximums including two in a row off Olly Stone, who had the least encouraging display of his maiden series as he went wicketless at 7.14 an over.

After reaching a career-best 66 Shanaka was needlessly run out at the non-striker’s end, leaving Thisara Perera (44) and Akila Dananjaya to (32no) to continue the good work.

England were slightly ragged in the final 10 overs, shipping 83 as they failed to halt a charge which saw Sri Lanka close the innings in good heart.

The chase began with some cheap runs, Dickwella gifting two sets of four byes from Lasith Malinga’s first over. When Jason Roy punched the next ball past cover it already felt like a large chunk of hard-won momentum had been reversed. 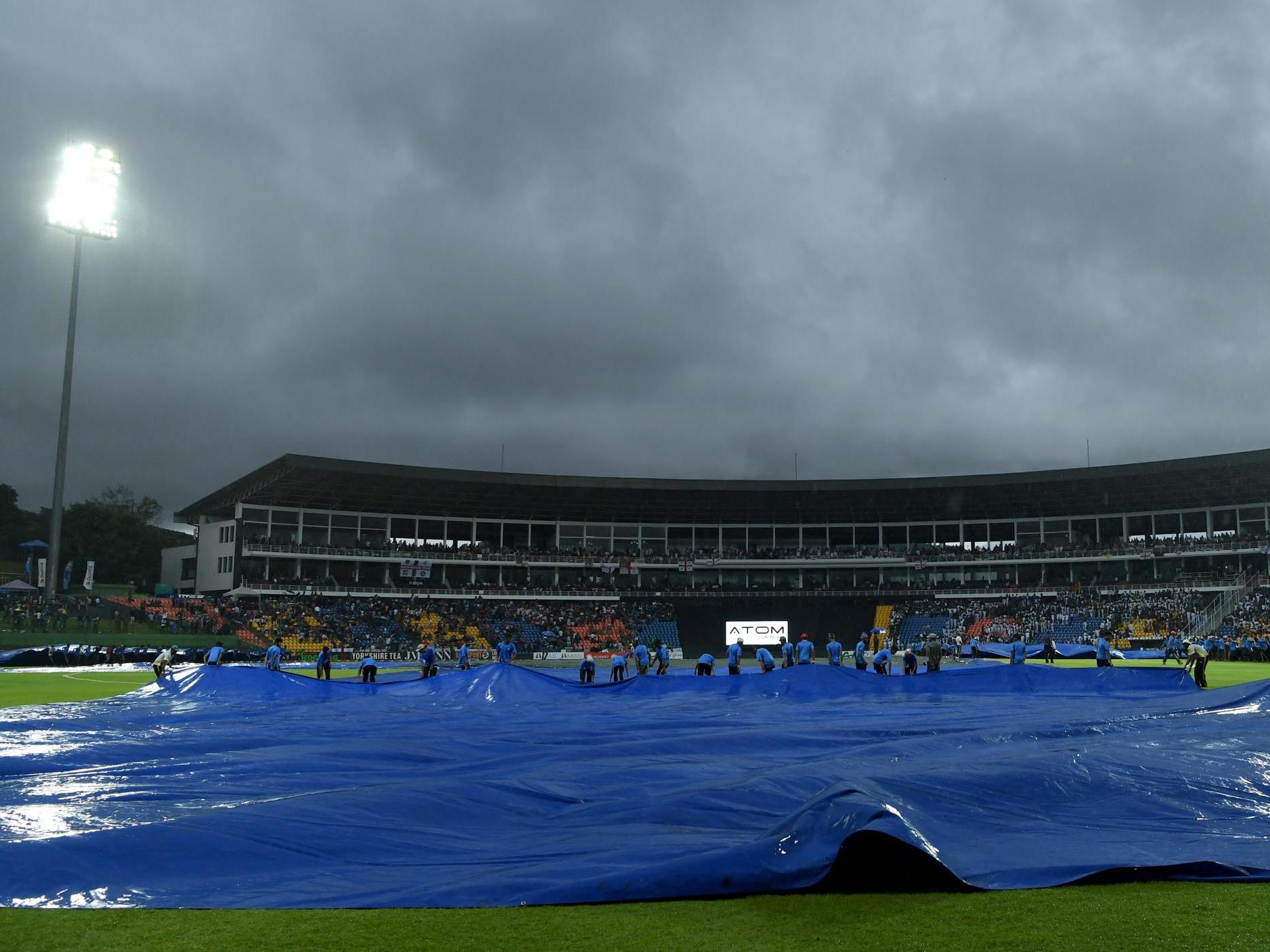 Roy continued to chip away at the target against the spin of Amila Aponso, clubbing successive deliveries down the ground for four and six.

Hales, standing in for the injured Jonny Bairstow, was less assertive and by the time he was smartly stumped pressing forward at Akila Dananjaya the stand-in opener had scored only 12 of England’s 54.

Root also started quietly and the cause took a blow when Roy, happily claiming responsibility for keeping the rate up as he made 45, was given lbw on review to an innocuous leg-stump delivery from Dananjaya.

With thick, dark clouds rolling in it quickly became apparent that the full 50 overs would not be bowled, placing an emphasis on DLS par.

A third wicket would have vastly improved the home side’s chances but once the moment passed Root (32no) and Morgan (31no) ensured England were safe when the weather changed.

T20 World Cup: ICC pressing ahead with plans to stage tournament in India despite Covid-19 spike

Mark Wood shares hilarious videos of him under anesthetic