England have insisted their IPL players must make their own minds up whether to stay put as the Covid wave ravaging India spread to two franchises.

The richest event in cricket was plunged into turmoil on Monday when Kolkata Knight Riders, captained by England’s Eoin Morgan, saw their game against Royal Challengers Bangalore postponed when two of their players tested positive for the virus.

The crisis then deepened when a second bio-secure bubble was compromised as three members of the backroom staff of Chennai Super Kings, who include Moeen Ali and Sam Curran in their ranks, also produced positive tests. 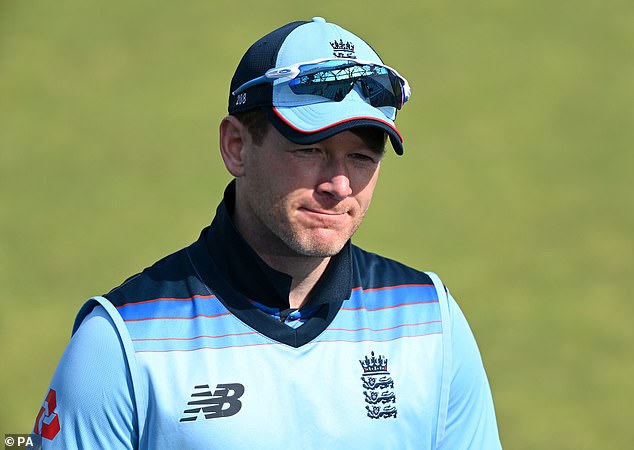 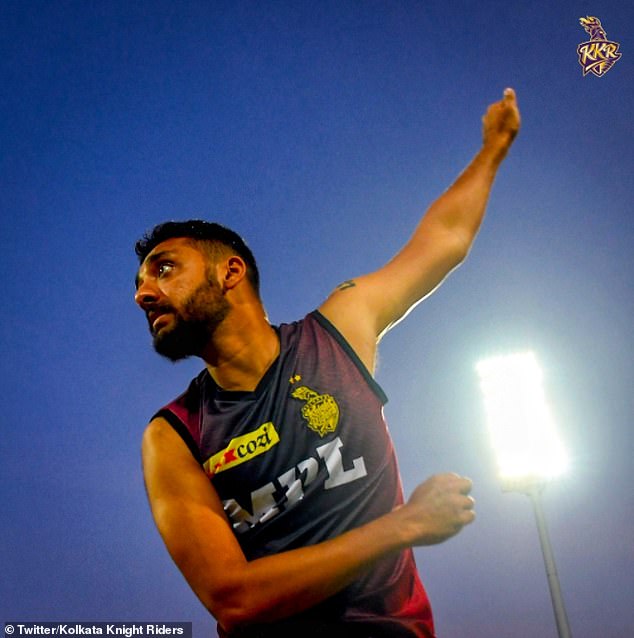 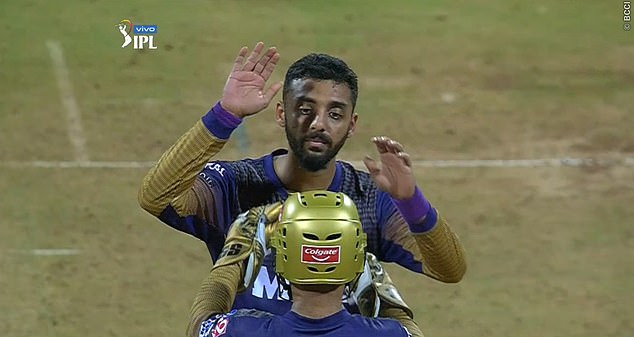 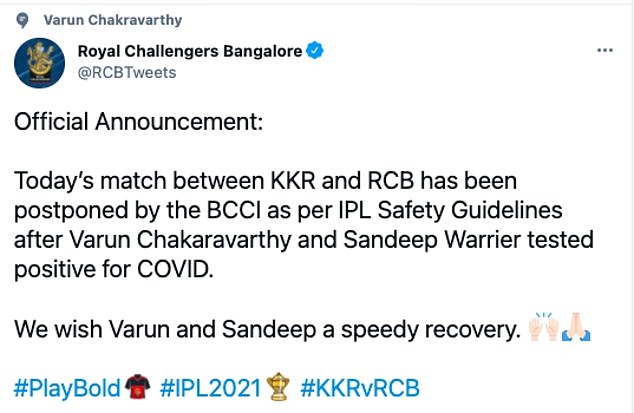 But the IPL are insisting the lucrative show will go on and ECB remain adamant they will not withdraw any of the 11 English players at the tournament.

Instead it will be left to them to carry on or quit and face 10 days in quarantine before they can return home.

‘We continue to monitor and communicate with our players and staff currently in India,’ said an ECB spokesperson.

‘In terms of continued participation it will be a decision taken by each individual. We acknowledge these are challenging times and our thoughts are with the people of India.’ 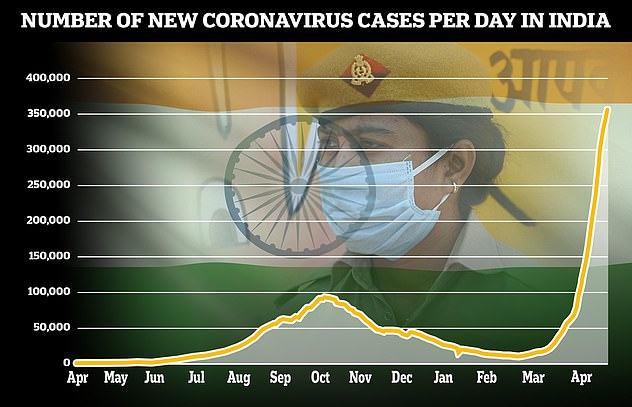 The number of coronavirus cases in India has risen exponentially in recent weeks to almost 400,000 new cases per day as of Sunday and almost 20m confirmed cases overall 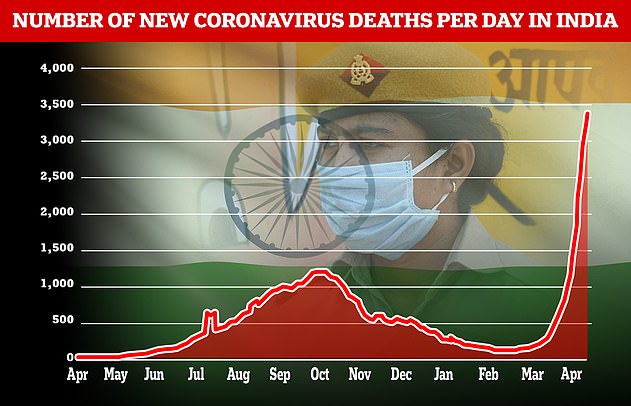 The death toll in India has risen sharply since February, with the country’s morgues and crematoriums struggling to cope 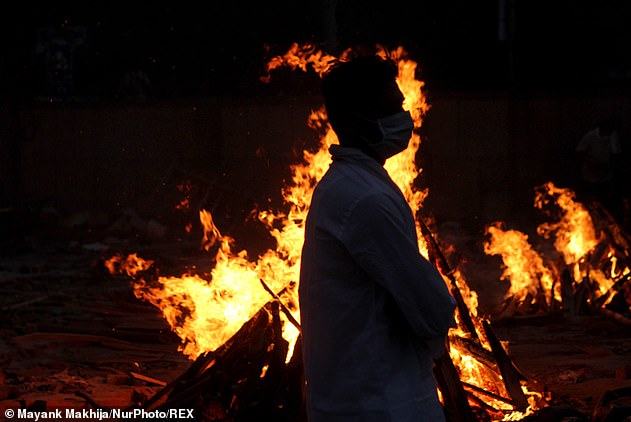 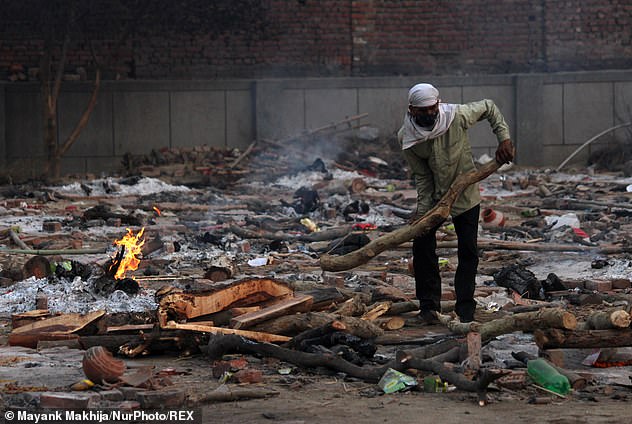 So far, the virus has killed 215,542 people, although experts believe the actual numbers of both cases and deaths are likely considerably higher. Pictured: A crematorium in New Delhi

The drama unfolded on Monday when it emerged Kolkata spinner Varun Chakravarthy and seamer Sandeep Warrier had tested positive and their game against Bangalore would be ‘rescheduled.’

It is believed Chakravarthy recently left his side’s bubble in Ahmedabad through the IPL ‘green channel’ to have a scan on his injured shoulder and that could be where a bio-secure environment that England’s players have hailed as safe was penetrated.

Then came news from Delhi that Chennai’s chief executive Kasi Viswanathan, bowling coach L Bulaji and one of the cleaners inside their bubble had all tested positive.

But the IPL insisted their next match, against Jos Buttler’s Rajasthan Royals on Tuesday, will still go ahead. 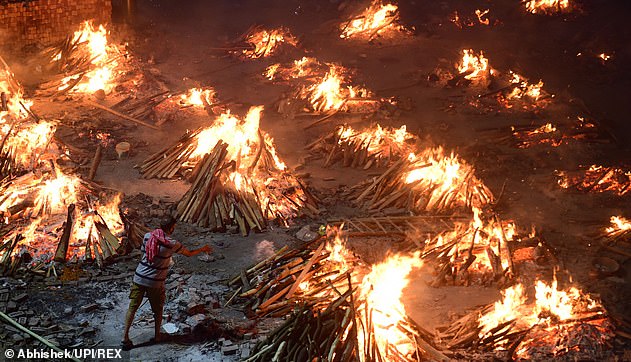 India’s coronavirus crisis has hit a grim new record, with 3,689 deaths recorded on Sunday – the highest 24-hour rise since the pandemic began. Pictured: A crematorium in New Delhi 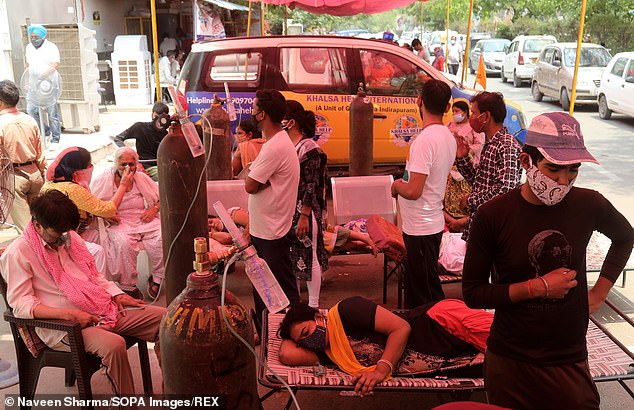 Hospitals, morgues and crematoriums have been overwhelmed as the country has reported more than 300,000 daily cases for more than 10 days straight. Pictured: Patients receive oxygen provided by a Sikh temple in Ghaziabad, Uttar Pradesh 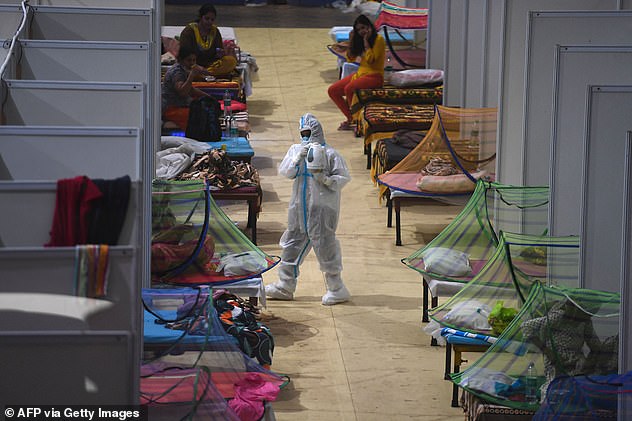 Pictured: A health worker wearing PPE attends to patients inside a centre of the Commonwealth Games village temporarily converted into a Covid care facility in New Delhi on May 2 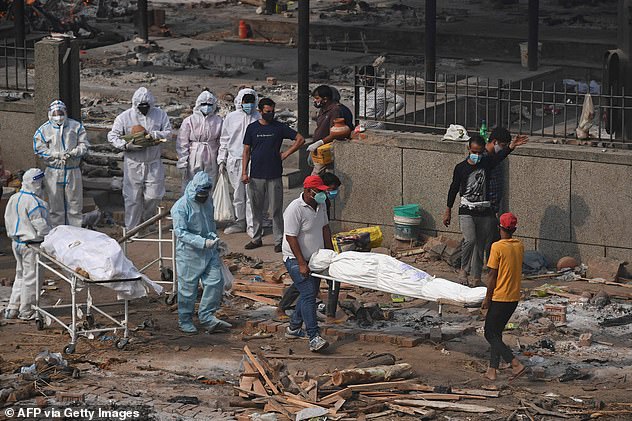 Hospitals, morgues and crematoriums have been overwhelmed as the country has reported more than 300,000 daily cases for more than 10 days straight. Pictured: Bodies of victims who died of Covid-19 are carried on stretchers before being cremated in New Delhi on May 2

It leaves the IPL open to accusations of increasing insensitivity in carrying on playing amid what has become a huge humanitarian crisis in India and the ECB of failing in their duty of care to their players, centrally-contracted or not.

But England will be wary of upsetting all-powerful India, particularly as both their men’s and women’s teams are due to tour here this summer.

And last night there was no indication of any of England’s 11 – Morgan, Buttler, Sam and Tom Curran, Moeen, Chris Woakes, Jonny Bairstow, Sam Billings, Chris Jordan, Jason Roy and Dawid Malan – coming home before the end of the tournament on May 30. 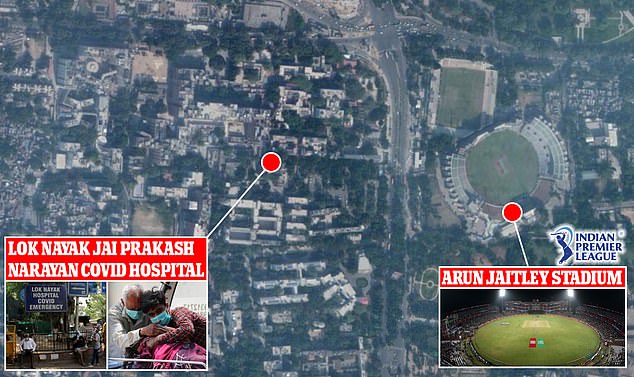 IPL cricket is being played at a stadium directly opposite Delhi’s main Covid hospital, the LNJP, which is struggling to cope 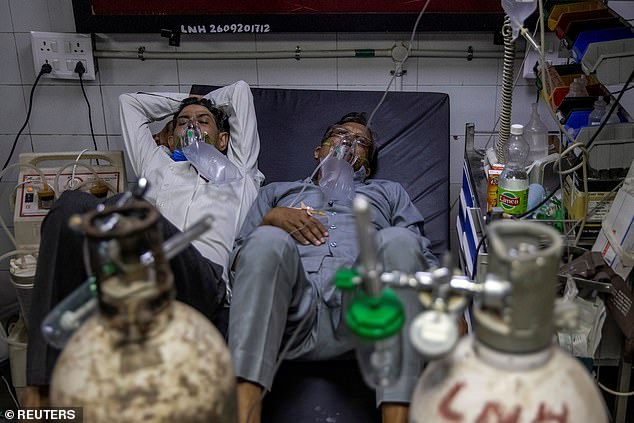 At least England’s players still have that option, with Australia’s being threatened with jail if they attempt to leave India and return home before May 15 at the earliest.

It is a draconian measure that was yesterday condemned by former Australia opener Michael Slater, who was commentating at the IPL before deciding to leave last week.

He is currently in the Maldives having been effectively banned from Sydney and attacked Australian prime minister Scott Morrison on Twitter.

‘If our government cared for the safety of Aussies they would let us get home,’ said Slater. ‘It’s a disgrace.’

England to play Australia and Afghanistan in World Cup warm-ups