England will need to come from behind in the first LV= Insurance Test after India began building a lead on day three at Trent Bridge.

Replying to a slender 183 all out, the tourists lost one wicket in the morning session as they moved to 191 for five at lunch.

KL Rahul, dropped on 52 by Dom Sibley on Thursday, was playing a crucial hand on 77 not out with Ravindra Jadeja offering a cool head in support on 27no.

Ollie Robinson claimed England’s solitary success, working over Rishabh Pant before getting him to pop a catch to short cover for 25.

Robinson, on his return to the side following a ban for offensive historic tweets, was the best bowler on show and underlined the early impression he has given of a player who is liable to be around the international arena for a long time.

Despite poor weather forecasts, play started on time but there were only 11 deliveries possible before the rain arrived. Almost an hour was lost but after the resumption, a second gentler shower was allowed to pass through.

Rahul was keener than most to find shelter, running off in the direction of the pavilion only to be sent back to face up by umpire Michael Gough, with a word from James Anderson in his ear. 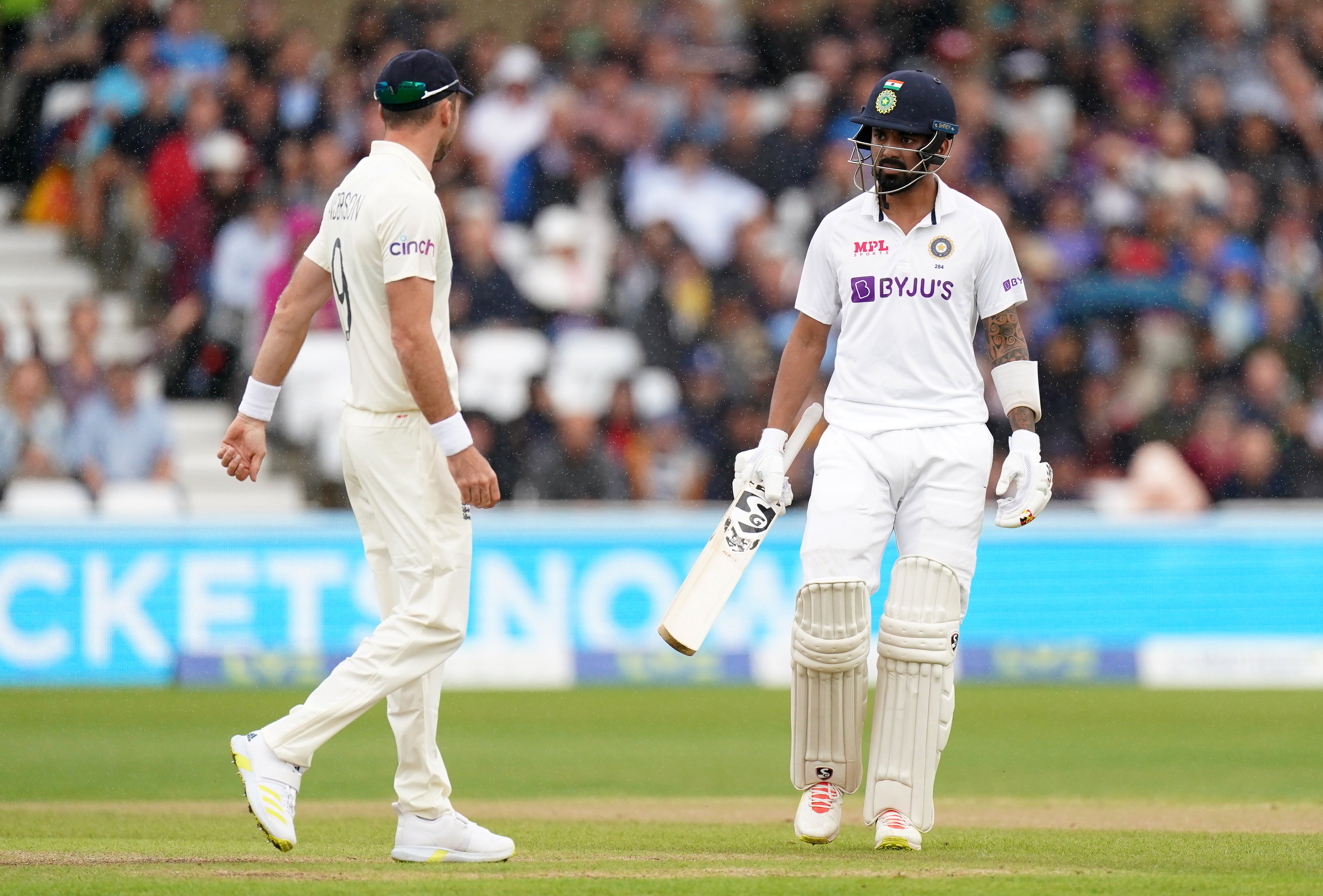 Pant enjoyed a typically frenetic stay, crashing Anderson for four on the charge, playing and missing and eventually being undone by Robinson. One half chance sprayed just wide of gully, a mis-hit top edge sailed over the wicketkeeper for an unearned six and then he sprung a carefully laid trap by picking out Jonny Bairstow at short cover.

Had Dan Lawrence run out Jadeja on four soon after things might have looked brighter for England, but instead there were no further chances. Stuart Broad thought he had Rahul caught behind for 70, but his misplaced certainty only persuaded Joe Root to fritter away the team’s third and final review.