Despite a horror run of outs, the former vice-captain retains the faith of skipper Tim Paine and, more importantly, Justin Langer, who is a selector. 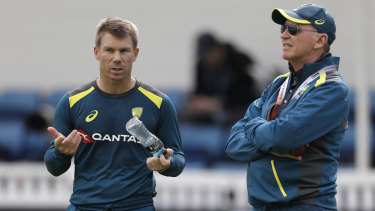 The opener has made just 79 runs at 9.88 this series, and been dismissed by the veteran six times in eight innings.

Despite his on-field struggles, Warner's spirits remain high and he has enjoyed the team's success, having taken part in two failed campaigns on these shores.

While Steve Smith, Paine and the attack from Old Trafford trained only lightly during the team's main session before the game on Tuesday, Warner went as far as batting for some 30 to 45 minutes, which is unusual for him.

"There's always pressure on David Warner, everywhere you go he's a cricketer that opposition teams want to get out and want to get on top of," Paine said.

"He's a really important part of our team. He hasn't had the series he would've liked but two hits ago he got sixty-odd [61] in the toughest conditions at Headingley.

"I've got full confidence in David that when he does click into gear he's going to win us a Test match and I think it's going to be this one."

Warner remains a contributor on the field, Paine said, though not in the manner of before the ball-tampering storm.

"When we’re in the field he’s not the type of bloke who, if he doesn’t get any runs, he shuts up shop and gives the team nothing," Paine said.

"He's still been putting pressure on opposition teams with the way he is in the field. And we love playing with him when he's like that. Hopefully he gets a couple of big scores this week."

Australia were weighing up the risk of over-taxing Cummins in pursuit of a series win, even though the urn is back in their safekeeping. 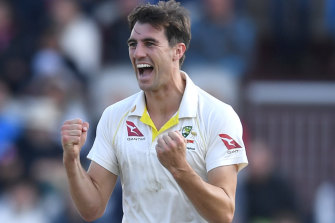 Josh Hazlewood's fitness was also being monitored but, as he missed the World Cup and did not play in the first Test, he should have more fuel left in the tank than Cummins.

James Pattinson is poised to return, likely to replace a weary Cummins, while selectors could also recall Mitchell Marsh if they want an extra bowling option to support their fast men on a pitch expected to favour the batsmen.

Cummins, whom Paine said is desperate to play, featured in all 10 of Australia's games at the World Cup and has not missed a Test this series. He bowled 48 overs as Australia pushed for victory in the fourth Test, including 21 on the tense final day.

"We've said we want to keep these guys playing cricket for Australia for as long as we possibly can and we're lucky at the moment we've got five or six really exciting pace bowlers so we can afford to mix and match to the conditions that we get," Paine said.

"With the whole World Cup and a long Ashes series there’s probably a couple of other things that come into consideration for this Test but we'll be looking to pick the best team possible."

England chip away as South Africa make them wait for victory