Discarded England star Alex Hales is struggling for form Down Under, but the door is still open to a shot at next year’s T20 World Cup

‘Do your talking on the pitch’ is often the tired adage thrown out in the sporting realms to discarded performers.

In Alex Hales’ case, he had done so much talking on the pitch his jaw was surely near off its hinges.

Since the start of 2019, the opener had been in scintillating form in the Twenty20 format — the third-highest scorer in world cricket with 2,256 runs in 81 innings at an average of 31.

But the coronavirus-affected state of play since March has seen the 31-year-old look a shadow of his former self. 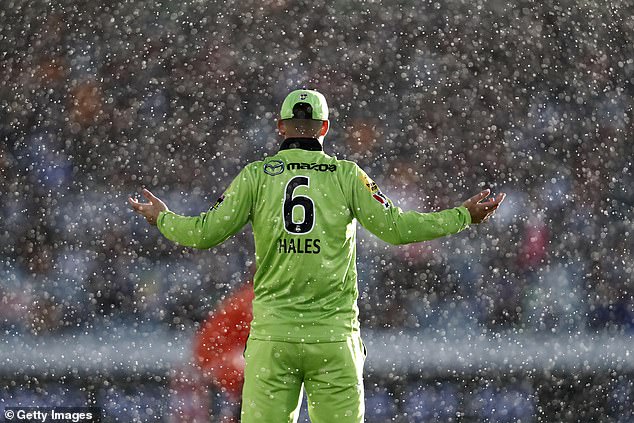 And that continued on Tuesday in the Big Bash for Sydney Thunder, Hales clean bowled off a first-ball hooping in-swinger from Perth Scorchers’ Jason Behrendorff.

A second golden duck in two games. It was a timely reminder of what was, what is and what may never be.

His batting form was not an issue — discipline, though, was a whole different matter.

A month later the Englishman was axed from the World Cup squad after a second failed recreational drugs test.

This was not his only blot, as he and team-mate Ben Stokes were involved in a fight outside a Bristol nightclub a year-and-a-half prior. 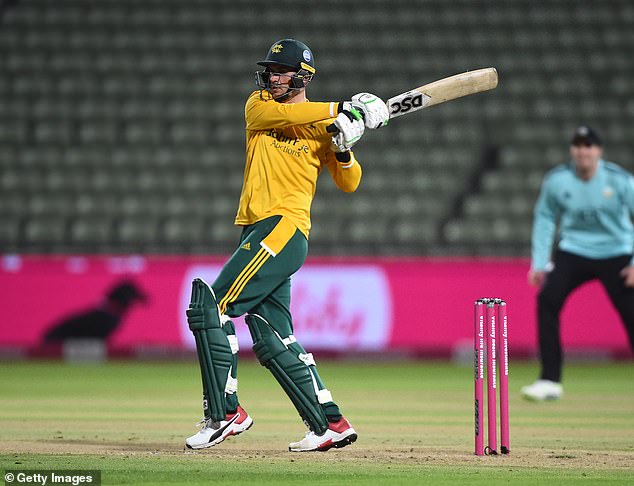 But it was the omission from cricket’s showpiece event that cut most deep.

‘I am always going to have a part of me that thinks, “I should have been part of that (World Cup team) if I hadn’t made a few errors in my personal life”,’ Hales admitted to Sportsmail in May.

The Manuka Oval in Canberra witnessed a player far from the zenith of his powers on Tuesday.

A below-par 153 was the score for Hales and Co to chase after a well-crafted 53 from Australia’s Mitchell Marsh anchored Perth following the loss of three early wickets.

One of which was caused by a Hales throw from mid-off to run out English counterpart Joe Clarke. A much-needed confidence booster.

Chasing a modest Big Bash total, Thunder had time to sit back and assess the state of play.

Not Hales. Behrendorff charged in to land on a good length area with the seam arched right back into the 6ft 5in batsman.

The ball had hit the deck, swung laterally and removed the bails from middle stump by the time Hales put forward a lazy lunge.

Thunder captain Callum Ferguson didn’t have any such issues as he steered Sydney to a seven wicket victory with an unbeaten 61. 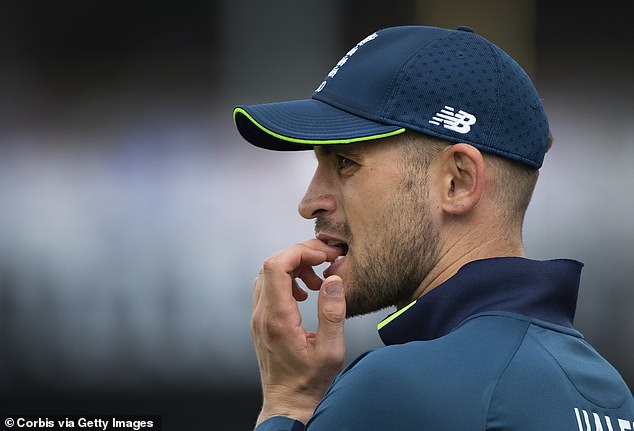 But Hales looked woefully out of nick and bereft of self-belief.

This is the same man who holds England’s highest ODI partnership — a 256 opening stand with Jason Roy vs Sri Lanka in June 2016 — and world-feared last year through his T20 exploits.

But this year has been a struggle. The recent T20 Blast last summer produced 123 runs from 11 matches.

The blame shouldn’t fall squarely at his feet, though.

The mental torture of knowing no matter how many runs are scored, an England spot is dependent on external factors will have surely gnawed away at the mind of Hales.

In Morgan’s eyes, the opener’s previous indiscretions are a sign of total disregard to the team and a risk not worth taking. 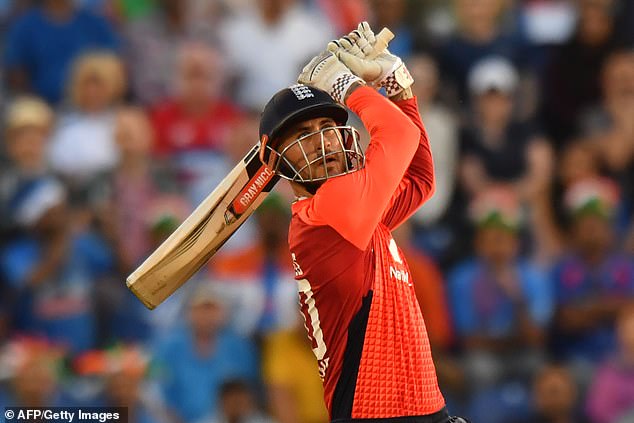 Hales was the first English player to score a T20 hundred, against Sri Lanka in 2014

It is looking increasingly unlikely Hales will play for England again.

But he shouldn’t be discounted. A T20 World Cup in India next year beckons and Hales — with more experience in conditions across the world than most — would arguably be a solid addition to the squad, form very much pending.

If he can show the same level of gumption his grandfather Dennis once displayed against the impregnable Rod Laver over five sets at Wimbledon, you just never know.