Australian captain Meg Lanning has thrown her support behind teammate Ash Gardner after the Muruwari woman voiced her disappointment at Cricket Australia’s scheduling of a T20 international match on January 26.

“It’s a really united front within the group. We’re fully supportive of Ash and her stance,” Lanning said at North Sydney Oval ahead of Australia’s first clash with Pakistan in the T20 International series on Tuesday. 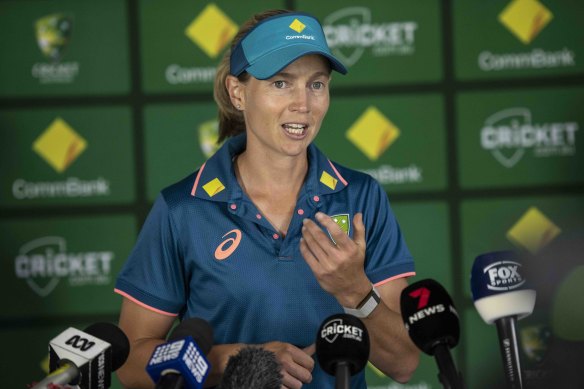 “Something that we would like to do is just acknowledge the sadness and grief that the day does bring for First Nations people. We’re going to try and use the opportunity that we have to educate ourselves, try and create a better understanding of what it means and their culture.”

Gardner said in a statement on Sunday that the scheduling of the game on January 26 in Hobart didn’t sit well with her.

“For those who don’t have a good understanding of what that day means it was the beginning of genocide, massacres and dispossession.”

Lanning said CA had sought advice from the National Aboriginal and Torres Strait Islander Cricket Advisory Committee but the players themselves had not been consulted on the schedule.

“We weren’t directly consulted,” she said. “We were in some conversations. But at the end of the day, it’s not our decision to make, we go out there and play. We’ll just try and worry about things that we can control.”

The Australian team will wear jerseys incorporating an Indigenous design when they take to the field and will attend a cultural tour in Tasmania the day before the match.

“It’s something that we’ve been working on as a group over a number of years, is trying to use every opportunity that we get to educate ourselves, and try and celebrate the culture of First Nations people,” she said. “It’s not just something that’s come up now.”

Lanning said Gardner was doing well despite an online backlash following her criticism of the Australia Day fixture. 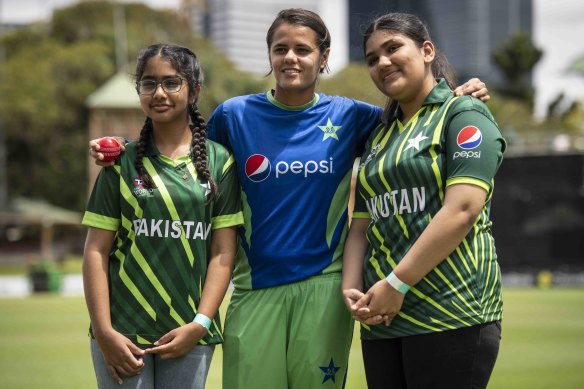 Aiman Anwer of the T20 Pakistan Women’s side meets with young cricket fans at North Sydney Oval ahead of the T20 match against Australia.Credit:Wolter Peeters

“Putting out her views and, and feelings on the issue is a very brave step,” said Lanning. “It can be pretty daunting, sometimes getting some of the feedback that she gets. We’re 100 per cent behind her.”

Lanning said she could see Gardner as a future Australian captain.

“Ash has really matured, in particular over the last few years, into a leader within our group on and off the field. I think her cricket knowledge is incredible.”

Meanwhile, a group of young fans had a hit with players from the Pakistan team during a training session at North Sydney Oval on Monday.

Cricket tragic Sabeh Hassan brought his young daughter, Sarina, who was born in Pakistan, to meet them.

“In women’s cricket, and especially Pakistani cricket, she can see people who are similar to her excelling, coming in and playing for their country,” Hassan said, watching Sarina take guard against fast bowler Fatima Sana.

“There’s so many kids from South Asian backgrounds that are starting to get involved now.”

Bowler Aiman Anwer said she would take the infectious energy of the young cricketers into the series against Australia.

“In a country like Pakistan we have a lot of cultural barriers. So it feels very good to let people know that the women’s cricket is growing,” Anwer said. “People in large numbers have started to come to play. It inspires me and it inspires young girls.”