James Anderson completed the 30th five-wicket haul of his stellar Test career and revealed his latest devotion to defying the ageing process is to run faster.

Anderson, who turns 39 later this year, has been bingeing on YouTube re-runs of classical sprinters like American Carl Lewis at England’s hotel in Galle, where his six for 40 helped England dismiss Sri Lanka for 381 in his first outing since becoming the first seamer to 600 Test wickets last August.

Over recent years, he has been open to all kinds of change – including alterations to his diet and run-up and going alcohol free for periods – and his bid to make his running technique more efficient is designed to conserve energy and power for when his body is fatigued as it was towards the end of his marathon 29 overs, and as it will no doubt be during Ashes cricket in similarly heat-sapping conditions next winter. 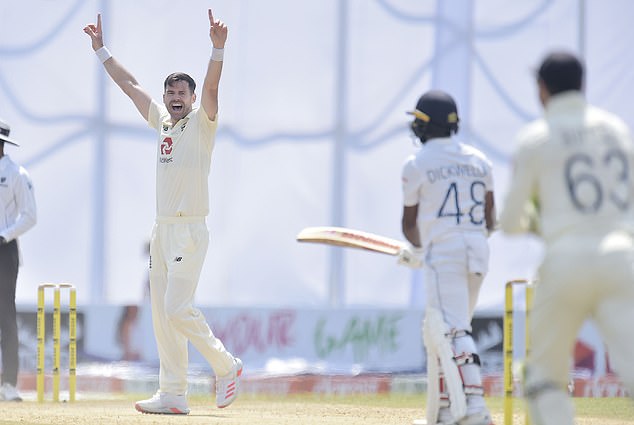 ‘I feel as though I can get quicker and that I can improve on my fitness, so I am trying to find ways of doing that. I have done a lot of work in the gym and I have sort of got obsessed with watching sprinters as well,’ he said.

‘I am obsessed with Carl Lewis at the minute, watching him run. I don’t know if you can see a comparison with me chasing the ball to the boundary…’

All joking aside, he continued: ‘It’s about trying to take pressure off my body. If I have got good technique then hopefully muscle injuries don’t come around as much as they can do as you get older. 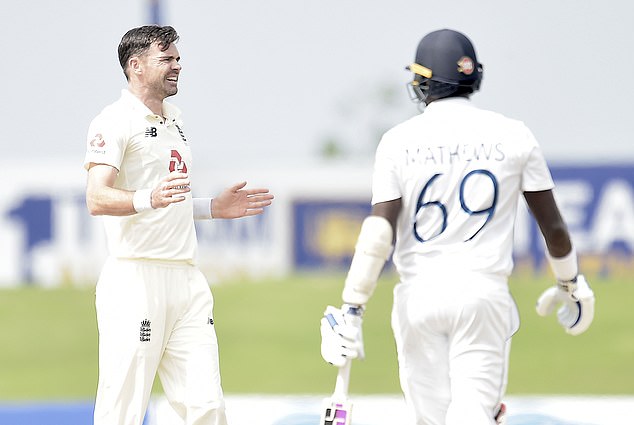 ‘The more work you do, the more effort you put in, the more rewards you get generally. Lockdowns have actually helped with my fitness quite a bit and I feel in really good shape.’

Anderson became the oldest pace bowler to take a five-for in Asia, having been pipped by Stuart Broad for selection in the first Test at the same ground, and admitted his regular new-ball partner’s perfect execution of leg-cutters in last week’s seven-wicket win had inspired his own work in the nets.

On recent showings, the pair could justifiably be reunited for the opening match of a four against India in Chennai next month, although Anderson like Broad has had to come to terms psychologically with occasional omissions in subcontinental conditions. 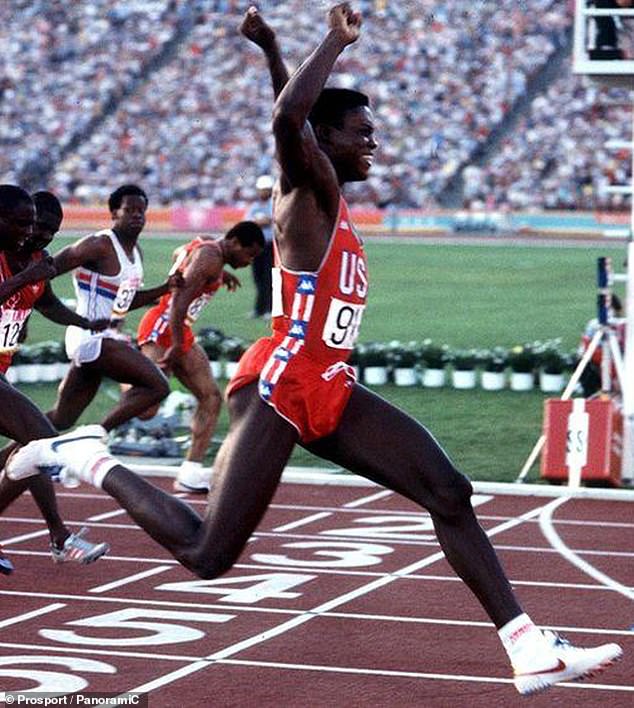 ‘It can be frustrating but the older I’ve got the more I’ve realised they’re looking after us, they’re trying to manage us through. We’re playing a lot of Test cricket in a short period of time so we are aware we are going to have to rest from time to time,’ he said.

England closed on 98 for two, after captain Joe Root and his Yorkshire team-mate Jonny Bairstow once again realigned the innings following the loss of openers Dom Sibley and Zak Crawley cheaply.