Jos Buttler will make an instant return to England’s Test side for the series decider against India leaving Jonny Bairstow’s place at risk once again.

Buttler missed the 157-run defeat at the Kia Oval due to the arrival of his second child but will make a swift return to the playing XI as both wicketkeeper and vice-captain in the fifth LV= Insurance Test at Emirates Old Trafford.

That means a straight fight between Bairstow and Ollie Pope for the final batting slot, with the latter’s first-innings knock of 81 last time out probably enough to settle that debate.

Bairstow has been an ever-present in the first four matches but an average of 26.28 and a top score of 55 in seven innings means his latest run in the team may be at an end. Buttler’s numbers are even less impressive, averaging 14.40 with a best of 25 in the the first three Tests, but he has the full confidence of captain Joe Root

“Jos will be back and he will keep wicket,” he said, leaving no room for doubt.

“He is the vice-captain of this team, he is a senior player and he is integral to what we are about. I know his output in terms of runs in this series has not been as high as he would like, or as we would like, but we know what a great player he is and how important he can be to turning a Test match. That is the reason behind it.” 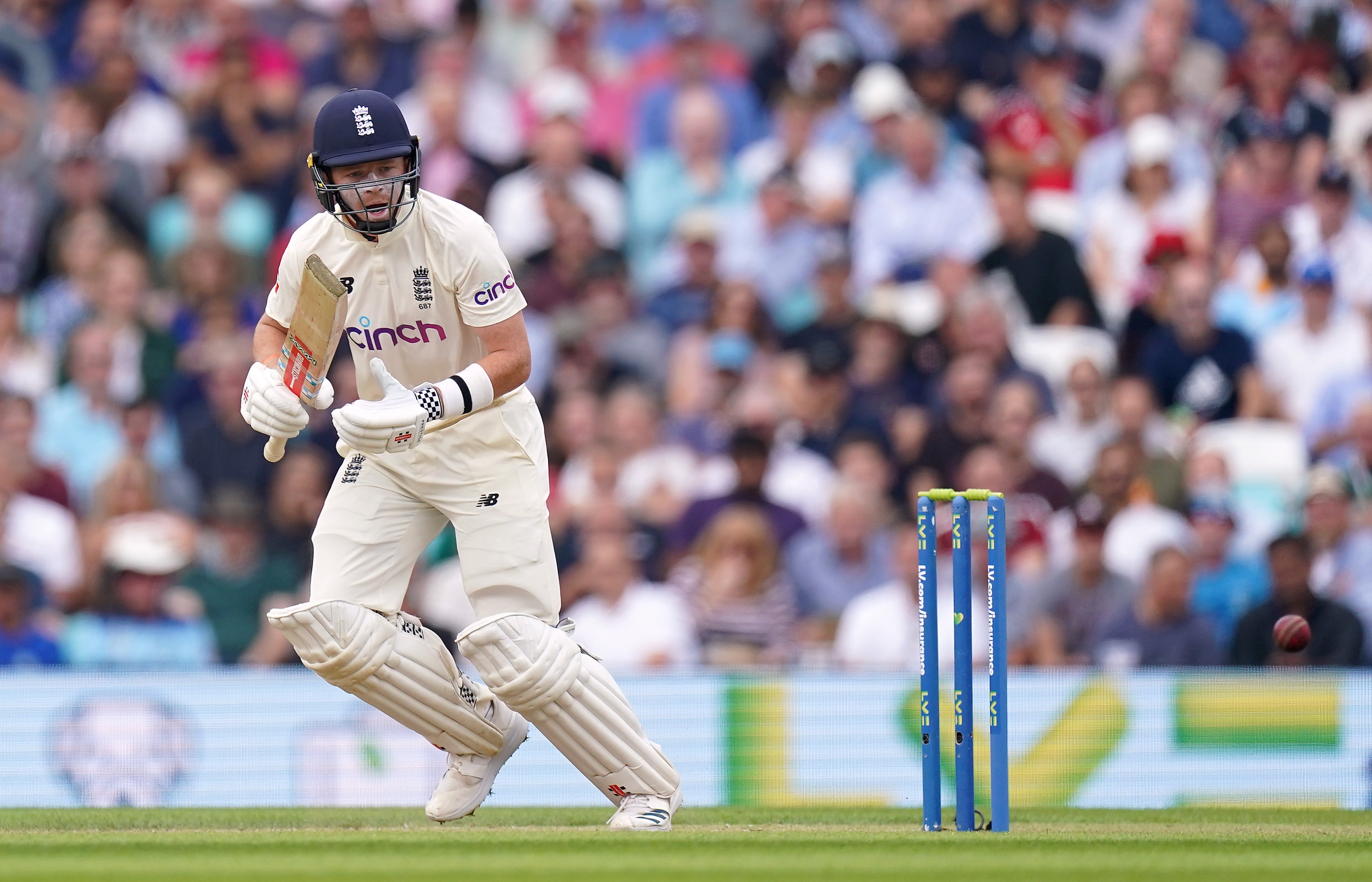 If he is asked to make way, Bairstow may feel the last four games represent a microcosm of the past few years in the Test arena. In the space of just a few weeks he has been recalled as a specialist batsmen, shifted to wicketkeeping duties, batted in three different positions and may now find himself moved to one side again.

“I think Jonny knew exactly what the scenario was when he was given that opportunity to keep wicket last week,” Root said.

“Whenever there is change within Test cricket, people left out or moved around, it is part and parcel of playing at the highest level.”

England must also weigh up whether or not to play two spinners for the first time this summer, at a ground that is known for taking turn. Jack Leach has been recalled to the squad in anticipation but Root made it clear that he would not be overtaking Moeen Ali in the pecking order and would only play as a second slow bowling option.

That is quite a dip in fortunes for England’s top wicket-taker and best bowler in the winter, when Leach took 28 wickets in six Tests against Sri Lanka and India.

“I am sure Jack will be desperate to take an opportunity if granted one. Here at Old Trafford, it can spin and that can be an option we have to look at with two spinners. He’s done some fine things for England – we all know what he is capable of.”

England are on familiar territory in Manchester, having played three Tests there last summer due to the bio-security demands in lockdown. They won all three, including a memorable chase against Pakistan led by Buttler, and Root will be hoping the return inspires his fellow batsmen.

You’ve got to get greedy. It just takes that one person to go and do it. It can very quickly spread like wildfire to the rest of the group

“You’ve got to take that upon yourself, it comes from within the individual. You’ve got to get greedy,” he said.

“We’ve spoken about this a bit as a side – can you be the one to go and make that big score and really put us in a position of strength?

“What I’ve managed to do well so far this year is I know where I want to score my runs, I know where my big strengths are and I just back them completely. I trust in my decision-making under pressure and, when I’ve got in, I’ve felt like I’ve had that mindset that it’s going to take something very special to get me out.

“Hopefully, that can be infectious and feature in the rest of the batting group. It just takes that one person to go and do it. It can very quickly spread like wildfire to the rest of the group.”