‘Time for us to burst out of the blocks’: Joe Root insists England can’t afford another slow start against Pakistan in three-match Test series

It gets harder now. Not only should Pakistan prove a much tougher nut for England to crack in the second half of this unprecedented Test summer but this should be the fiercest examination yet of Chris Silverwood’s back to basics policy.

From a low-key start in New Zealand last winter to a come from behind victory in South Africa and then another win after losing the first Test of a series against West Indies, England have been making slow but steady Test progress under their new coach.

Now come the ever-unpredictable Pakistan complete with a teenage fast bowler unearthed at 16 last year from a village in the foothills of the Himalayas in Naseem Shah and the most in-form batsman in world cricket in Babar Azam. 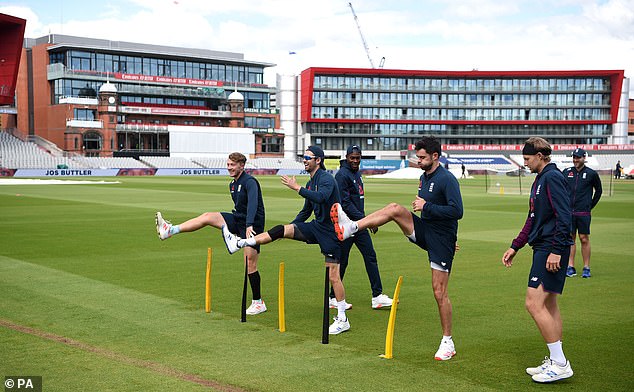 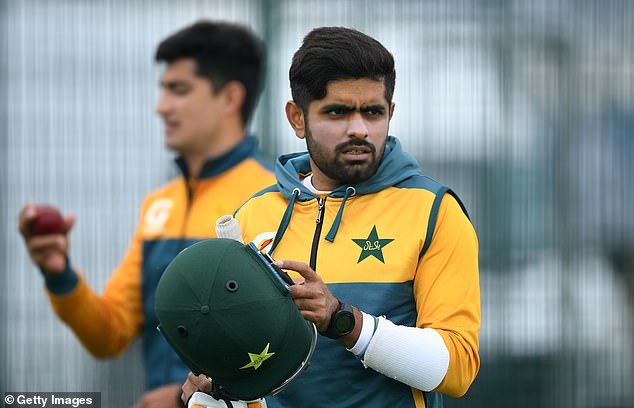 Certainly, England cannot afford their customary slow start back at Old Trafford today against a Pakistan team they have not beaten since the dark days of 2010. A sixth successive defeat in the first Test of a series would surely be terminal this time.

Joe Root knows England’s inability to burst out of the blocks is a problem they have to rectify. ‘It is something we want to get right this week,’ said Root yesterday, back in the Manchester bubble after England enjoyed five days back with their families.

‘It’s always hard work when you go behind in a series and we want to start well this time. Fortunately, we have three games under our belts coming into this so the guys are up to speed and familiar with the rhythm of Test cricket. There are no excuses.’ 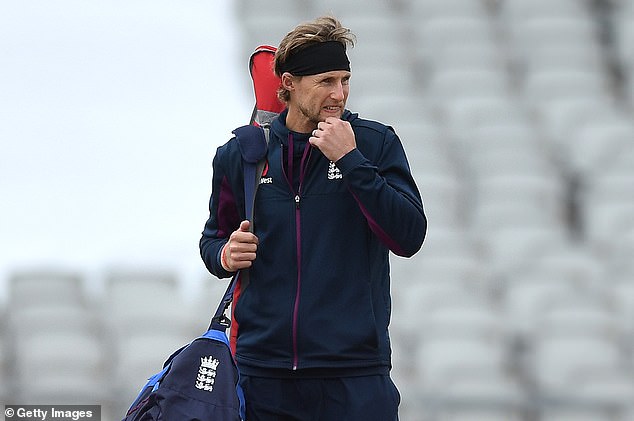 Pakistan may be short of match practice but they have already been in England a month following their early arrival after a particularly sharp Covid spike in their country and they have been quarantined themselves on-site firstly at Worcester and then Derby.

It is a tough way to start any tour and England are once again indebted to a side who have endured considerable personal sacrifice to get the world cricket show back on the road.

If there is any justice England will heed PCB chairman Ehsan Mani’s call in these pages for them to tour Pakistan again in 2022 – ideally after they have repaid West Indies by visiting the Caribbean before then. 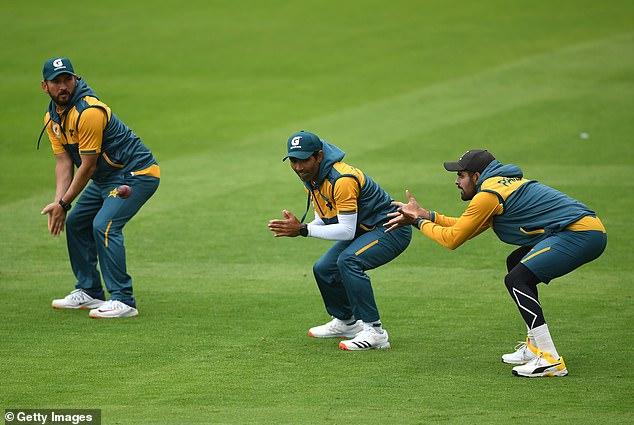 For now England will once again attempt their delicate balancing act of making sure they win their home series while trying to build a team capable of excelling in both India and Australia, if those tours go ahead, over the next two winters.

To that end Root confirmed he wants to include the extra pace that either Jofra Archer or Mark Wood can provide even if it means the unthinkable of leaving out Jimmy Anderson again on his home ground. Or an English conditions specialist in Chris Woakes who took five wickets in the second innings against West Indies last week.

More likely, with England being forced indoors yesterday by the Manchester weather and unable to test Ben Stokes thigh in the nets, Root will name an unchanged side and protect his Mr Incredible by playing him initially just as a batsman. 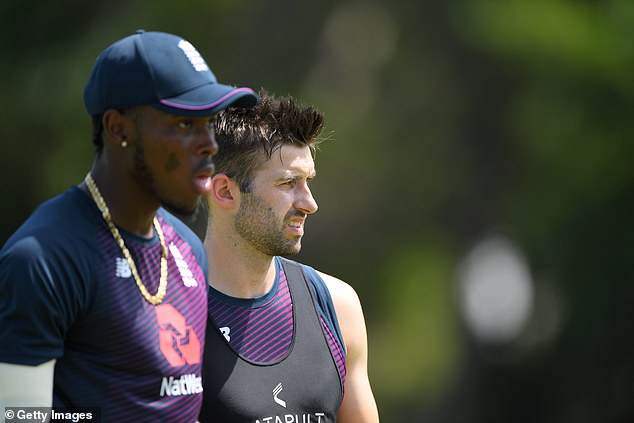 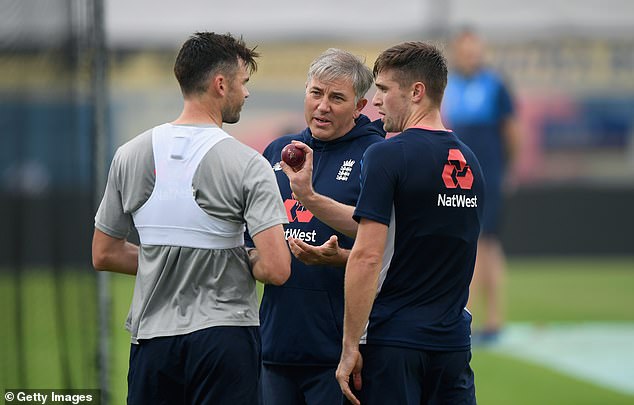 ‘Even if we have the same balance as last time it might be that Ben can bowl in the second innings,’ said Root. ‘We just need to know where he is physically but he still poses a huge threat to any side just with the bat.

‘Of course Ben being able to do everything he can do is massive for this team but if he is not fully fit we have other options and there are different ways we can go. He is definitely getting better at looking after himself and it’s important we look after him as well.’

One mistake England will not make this time is leaving out Stuart Broad at the start of a series and Root confirmed the new member of the 500 wicket club definitely plays today, probably alongside Anderson, Archer and Woakes again. 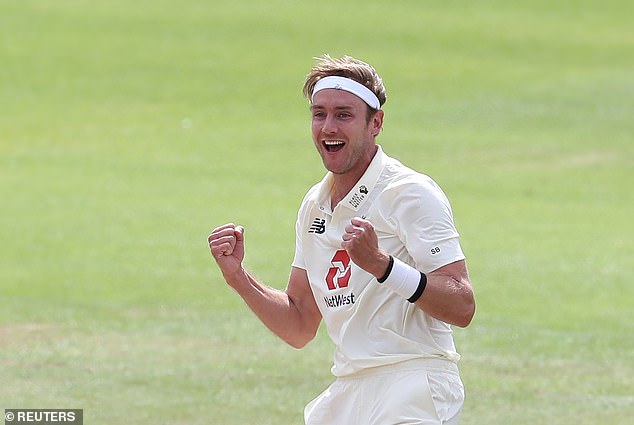 And the predicated hot weather, at least after what could be an unsettled first day, should be enough to provide another chance for Dom Bess even though he has been conspicuously under-employed in the last two Old Trafford Tests.

‘In between changing nappies the make-up of the team did pop up in my head from time to time,’ said Root, who missed the first Test against West Indies because of the birth of daughter Isabella, of his time back with the new arrival.

‘It was so nice for everyone to get back home, spend time in familiar surroundings with loved ones and get refreshed,’ said Root. ‘This environment can take a lot out of you mentally and to have that little re-set was massive for everyone. You look around the group and see everyone’s gained a lot from that and are ready to go again.’ 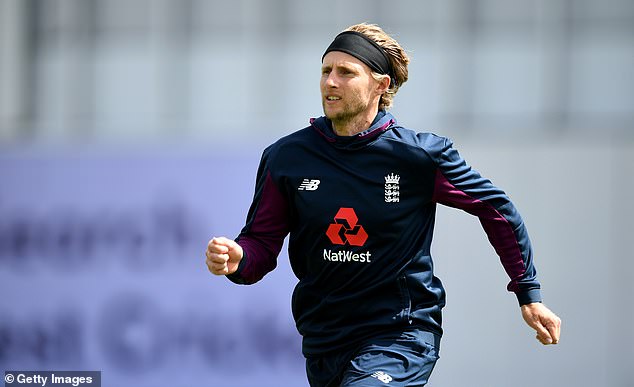 They will have to be ready against Pakistan. ‘They have some fantastic players and have done special things here,’ admitted Root. ‘But we are playing some very good cricket, we are full of confidence and are used to playing in this environment.

‘We are starting to implement our game-plan more consistently and the challenge for us now is to nail it as often as possible.’

England should be able to nail it and have too much for Pakistan whether Stokes bowls or not – as long as they arrive on time for once this week.

England and Pakistan will hold a minute’s silence before play today for the victims of coronavirus in both countries.