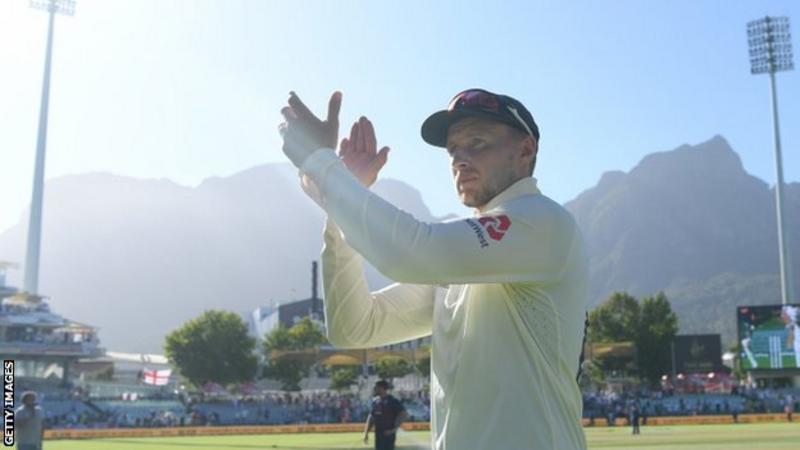 England captain Joe Root missed practice on Sunday for the third Test against South Africa with a stomach upset.

Root, 29, stayed at the team hotel while players trained in Port Elizabeth for the match which starts on Thursday.

England’s tour has been badly affected with 11 players suffering with illness, while Rory Burns and James Anderson have been ruled out with injuries.

The four-match series is 1-1 after England’s 189-run victory in Cape Town.

Ollie Pope, Chris Woakes and Jack Leach were ruled out of the 107-run first-Test defeat in Centurion, while Root, Jos Buttler and Ben Stokes spent time off the field.

We’re here for you: Paine lauds Pucovski’s call for help