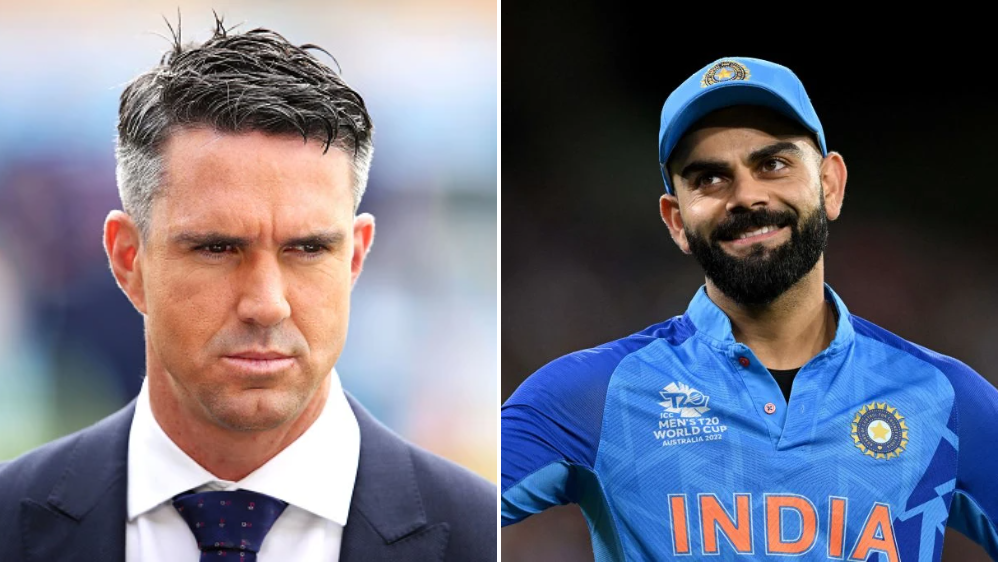 Kevin Pietersen has backed England to beat India in the T20 World Cup semi-finals despite the revival of ‘The King’ Virat Kohli.

England face India at the Adelaide Oval on Thursday morning for a place in the 2022 T20 World Cup final.

Jos Buttler’s side finished second in Super 12 Group 1 after winning three of their four completed matches, while India topped Group 2 with four wins and one defeat.

England and India are both bidding to win their second T20 World Cup title, with India winning the first edition of the tournament in 2007 and England lifting the trophy three years later.

Group 1 winners and last year’s runners-up New Zealand face Pakistan in the other semi-final in Sydney.

‘I think the world of cricket wants to see Pakistan take on India in the final, but there’s a very good chance it’s going to be England v Pakistan,’ Pietersen told Betway.

‘At the Adelaide Oval, I think England beat India. With the quality running through the England side, I really do. But I just need Virat to have a day off.’

England began their T20 World Cup campaign by beating Afghanistan but a shock defeat to Ireland threatened to end their hopes.

A much-anticipated clash with defending champions Australia was then abandoned without a ball being bowled, before England beat New Zealand and Sri Lanka to secure their place in the knockout stages.

On England’s World Cup campaign, Pietersen added: ‘Tournament cricket is about peaking at the right time. It’s about winning the right games, getting to the knockouts, and then winning the final.

‘Let’s not worry about what’s happened in the group stage. Let’s celebrate the fact that England are now in the semi-finals with the potential to make the final and win another World Cup. That’s the focus and the drive.

‘The pressure was on against Sri Lanka, they delivered, and now it’s time to go and win the semi-final.’

Pietersen also heaped praise on India batter Kohli, who is enjoying a fantastic T20 World Cup after struggling in the build-up to the tournament.

Kohli produced what he described as his best T20 innings to help India stun Pakistan in Melbourne before also scoring fifties against Netherlands and Bangladesh.

Pietersen said: ‘Virat is back. It’s just so good to see the greatest current player back in the runs, not only from India’s perspective, but for the world of cricket.

‘For India, he’s such a major component for them to start seeing some consistency. When Virat plays well, the other players start to perform around him.

‘You saw that with Suryakumar Yadav and the innings he played against Zimbabwe, it was just spectacular. When your talisman is back, it helps massively.

‘I backed him throughout the little loss of form that he had, and he’s had a lot to deal with. He’s an entertainer, he needs crowds, he needs that buzz, he needs that excitement.

‘He didn’t have that for a few years, and he lost his way. But the crowds are in, it’s a T20 World Cup in Australia – one of the greatest places to play T20 cricket –  and the King is back.

‘As a close friend, I’m very happy for him, but I would like him to have a little bit of a break on Thursday!’

ECB insist Hundred competition WILL go ahead without fans if necessary

England v Ireland: ‘It was great fun’ – Bairstow after brilliant 82 in four-wicket win