LAWRENCE BOOTH: England’s fielding woes against India are indicative of their carelessness in a Test that has repeatedly slipped away from them

In the first over after mid-afternoon drinks, as India’s lower order constructed a position of near-impregnability on the fourth day of the fourth Test, Moeen Ali gathered the ball, took aim — and missed. But that was only the half of it.

The chance had come after Rishabh Pant dropped the ball into the leg side and set off for a single that proved of no interest to his partner Shardul Thakur.

As Ali swooped, Pant was two-thirds of the way to the other end, which surely left two better options than an attempt at a direct hit. 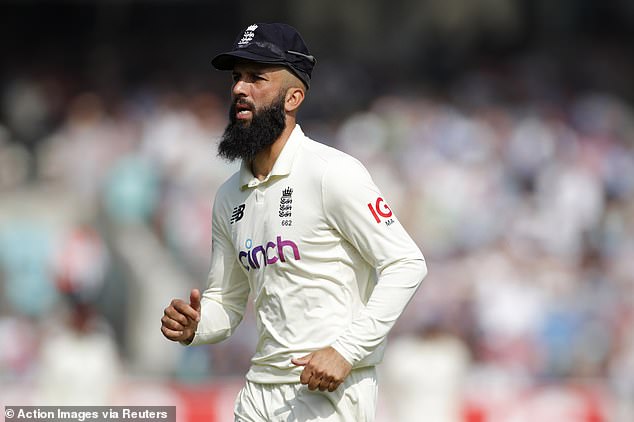 Moeen Ali had two options to complete an easy run-out of Pant, but he chose neither of them

One: run to the stumps and knock off the bails.

Two: underarm the ball to wicketkeeper Jonny Bairstow, who was homing in.

That Ali chose neither, allowing Pant to regain his ground with the help of a fumble by Haseeb Hameed, may well have said something about instinct.

Up in the commentary box, Mark Butcher suggested Ali might have been so focused on collecting the ball that he failed to notice Pant was stranded. Fair enough.

But it was hard to rule out the suspicion that it also said something about England’s general carelessness in a game which has repeatedly, agonisingly eluded their grasp, like a bar of soap in the shower. The best teams are also the smartest teams and there have been moments in this series when England might have had to think twice before applying for membership to Mensa — not least the bungled last morning at Lord’s, when Joe Root’s field allowed India’s tailenders to make merry and set up a raucous win.

In this game, Ali — for all the understandable rejoicing over his elevation to the vice-captaincy, in part because of the positive message it sends to the British-Asian community — has embodied the chaos. 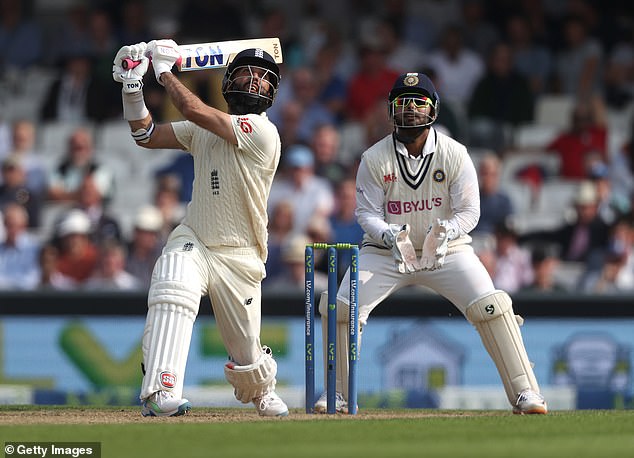 After batting nicely for 35 on the second afternoon, when he and Ollie Pope took England to 222 for six and subdued Indian spirits, he had a horrible hack at Ravindra Jadeja and was caught at extra cover. For India, the door was open. They have barely looked back. Ali’s judgment has also been awry in the field. All three of England’s reviews were tossed away on speculative appeals while he was bowling.

There is a gambler’s instinct about his cricket, perhaps born of his pre-match admission that he tries not to take it all too seriously. It can be glorious when it works. But then came the bungled run-out, after which England’s wheels truly wobbled on their axles.

Somehow, after Ali had Virat Kohli caught at slip shortly before lunch for 44 — his best moment of the match — India’s last four wickets piled on 150 at four an over. It felt like bloodsport, with many of England’s wounds self-inflicted. For a while now, and despite boasting one of the world’s best-resourced dressing rooms, their slip catching has been worse than any Test team’s bar Bangladesh.

Throw in the fact that, since 2010, only 63 per cent of slip chances in Oval Tests have been held and the omens ahead of this game were not auspicious. 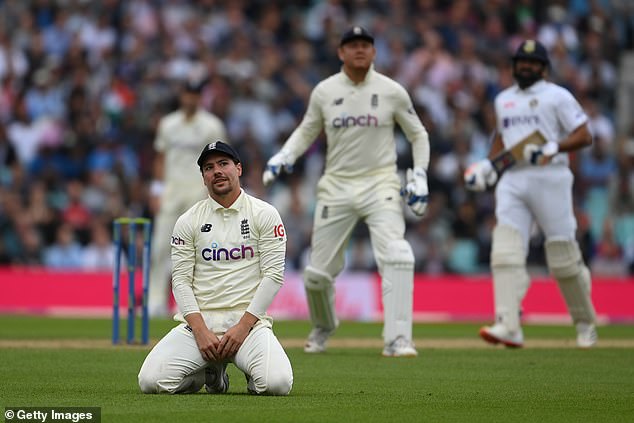 It has not helped that Jonny Bairstow’s switch from second slip to wicketkeeper has necessitated yet another reshuffled cordon. But, on the first day, Rory Burns’ failure at second slip to go for an edge offered by Kohli meant little chance for Root at first. It set the tone for the game.

On the second evening, Burns reprieved Rohit Sharma on six, when he failed to pick up a low edge off Jimmy Anderson — amid knowing references to how the Oval is a poor ‘seeing’ ground.

When England start using the phrase, you know they are in trouble. Had he held on, Root’s team might have had India three or four down before they wiped off the first-innings deficit of 99.

Then, on the third morning, Burns dropped Rohit again, on 31. He went on to make 127, turning the Test on its head.

There have been other drops too, by Craig Overton and even by Bairstow. And while such moments inevitably provoke the cliche about how no one means to drop a catch, England seem obliged to trot out the cliche more often than most.