Whisper it, but England are in control of the first Test against Sri Lanka – and at a venue where they have never won. First Ben Foakes completed the first Test hundred by an England wicketkeeper in Asia. Then the bowlers combined to reduce the Sri Lankans to 42 for four by lunch on the second day.

Since Galle is famous for turning square in the third and especially fourth innings, you would imagine Sri Lanka need a decent first-innings lead to feel safe. Instead, they trail by 300. Almost as implausibly, the sun was shining. For another full house of England fans, life could hardly get better.

The day had begun with England 321 for eight, and – more to the point – Foakes on 87. He moved to 91 from the first ball of the morning, easing Dilruwan Perera through the covers, but had not progressed beyond 95 when Jack Leach was caught at slip for 15 to give Perera his fifth wicket.

But Jimmy Anderson saw out the last four balls of the over, before Foakes pulled Lakmal for four, then eased him down the ground to move to three figures.

Among England wicketkeepers, only Matt Prior before him – against West Indies at Lord’s in 2007 – has scored a century on Test debut, though not even Prior, who is here summarising for Talksport, matched Foakes’s precocious calm. When Jonny Bairstow is available for selection again, the management will face quite a decision. 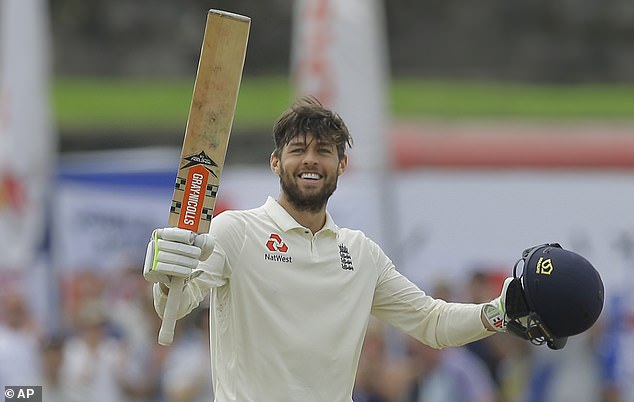 Ben Foakes celebrates his century, the first England wicketkeeper to record one in Asia

Foakes celebrated by hoicking Lakmal’s next ball over midwicket, then perished in search of another boundary, but England’s 342 felt like riches after the rags of 103 for five on the first morning.

Their bowlers then ran with the momentum. Dimuth Karunaratne nudged Jimmy Anderson’s first ball through the slips for four, then edged the second into the gloves of Foakes – unaccountably wasting a review before he left.

And it was 10 for two when Sam Curran swung one into the pads of Kaushal Silva. England had found themselves in precisely such a predicament 24 hours earlier, and chose – with mixed success – to hit their way out of trouble. 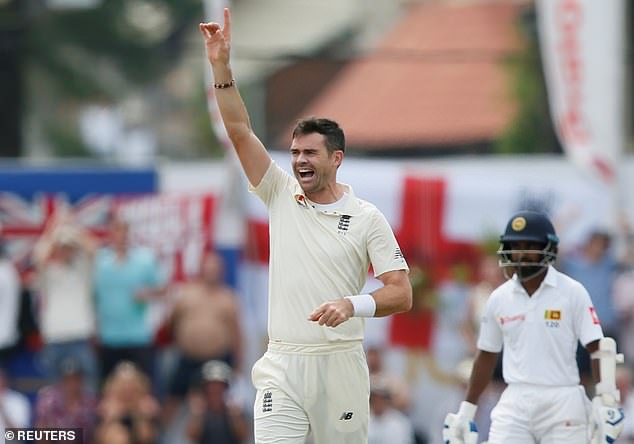 But for the eighth over Joe Root turned to Leach, who immediately beat Kusal Mendis – a handy psychological blow for the battles ahead. Sure enough, when Mendis prodded forward six overs later to one of Leach’s stock slow left-armers, he could only edge it into the safe hands of Ben Stokes at slip.

That made it 34 for three, and it was 40 for four when Dhananjaya de Silva moved too far across in an attempt to paddle-sweep Moeen Ali in his first over, and was bowled middle stump. It was a mirror image of Stokes’s dismissal on the first day.

VASU: It's disrespectful to players to claim it's about IPL wages