Pakistan are unpredictable, Babar Azam is not. Coming from a country that is to cricket what the French are to rugby, his reliability is almost curious.

He turns up, he scores runs. Almost every time. Well, he has done since 2018.

From Pakistan’s visit to England that May, Babar has been the most prolific Test batsman in the world, with an average of 72. On Wednesday, at the close of play, he was not out on 69. If he was Swiss, you’d set your watch by him. 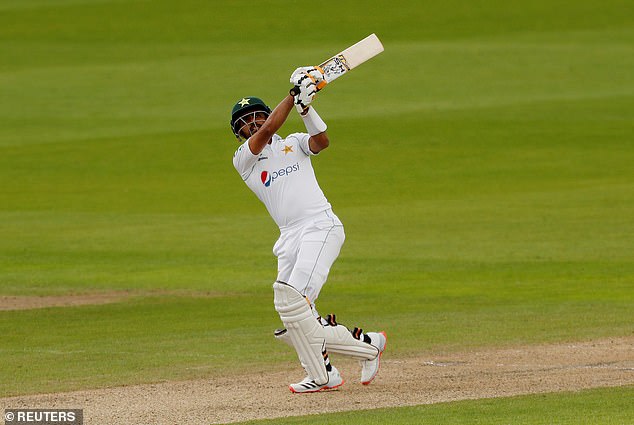 Azhar Ali, Pakistan’s captain, placed Babar in the same bracket as Steve Smith and Virat Kohli before this match, so to see a player with excellent judgment and impressive technique rattling up his half century in only 70 balls was hardly a surprise.

Yet Pakistan’s exile means he has not attracted the same attention or garnered as much praise as his peers.

No place for Babar in that quartet although, on form, he has the measure of them all. Root’s average across the same time period, for instance, is 38. Williamson, Kohli and Smith are better than that — but they’re still nowhere near Babar.

We know of Kohli’s importance because he has a nation of billions following his every move. 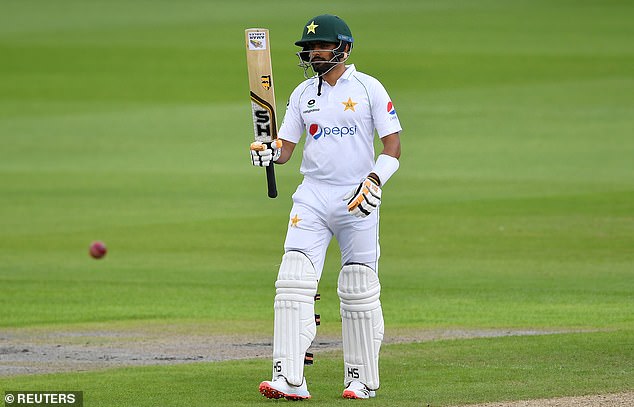 The significance of England and Australia in world cricket ensures Root and Smith are never out of mind. Yet Pakistan have barely played a home fixture until very recently, following the terrorist attack on the Sri Lanka team bus in 2009.

Until those countries played again in Rawalpindi and Karachi last December, every Test for Babar had been an away game. He is yet to truly benefit from the very favourable conditions for batsmen in his home land, making his record even more impressive.

Unsurprisingly, his four innings in Pakistan so far include three centuries, a minimum score of 60 and an average of 202. Amid the delirium that greeted Test cricket’s return to Pakistan, Babar’s name was chanted loudest.

Old Trafford witnessed a player at the zenith of his powers on Wednesday. Babar began slowly — former Pakistan batsman Ramiz Raja claims he has an issue with his head position which makes facing outswingers problematic — and Chris Woakes nearly had him first ball. 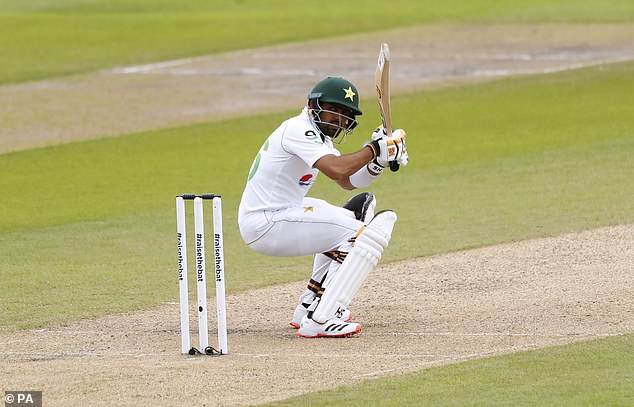 But then he got into his stride and was outstanding in a period after lunch when England’s bowling simply went to sleep.

That was when he racked up the bulk of his nine boundaries getting to 50 and dominated an England attack that had looked so potent against the West Indies.

His running is as swift as Kohli’s, his timing is divine and his white-ball instincts mean once the scoreboard starts ticking it is rarely given pause.

England’s hope here was to beat a hoodoo that has seen them lose the first Test of their last five series, but while Babar is at the crease it remains a distinct possibility that Pakistan could post a score that will place England under pressure right from the start. 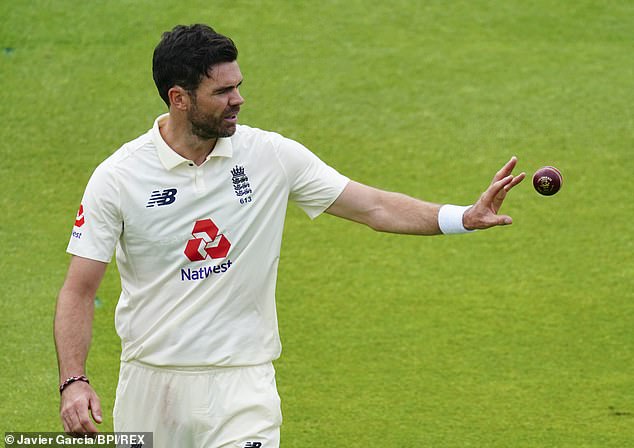 With four days of sunshine forecast and Pakistan naming two spinners, the wicket might prove treacherous, too, for an England side batting last. It is also a worry that Jimmy Anderson looks least effective when bowling from Old Trafford’s James Anderson End.

Jofra Archer dug a few in short at Babar after the final return from rain and bad light and, soon after, the day was over. Babar had been a pleasure to watch.

The mercurial nature of Pakistan cricket is part of its charm, but even so, it must be nice to have someone to rely on.