The 26-year-old has suffered a fresh stress fracture to his right elbow, ruling him out of the Ashes series in Australia as well as the Twenty20 World Cup.

Archer was seen as vital to England’s chances of winning the urn back after his searing pace caused Australia problems in the 2019 series. 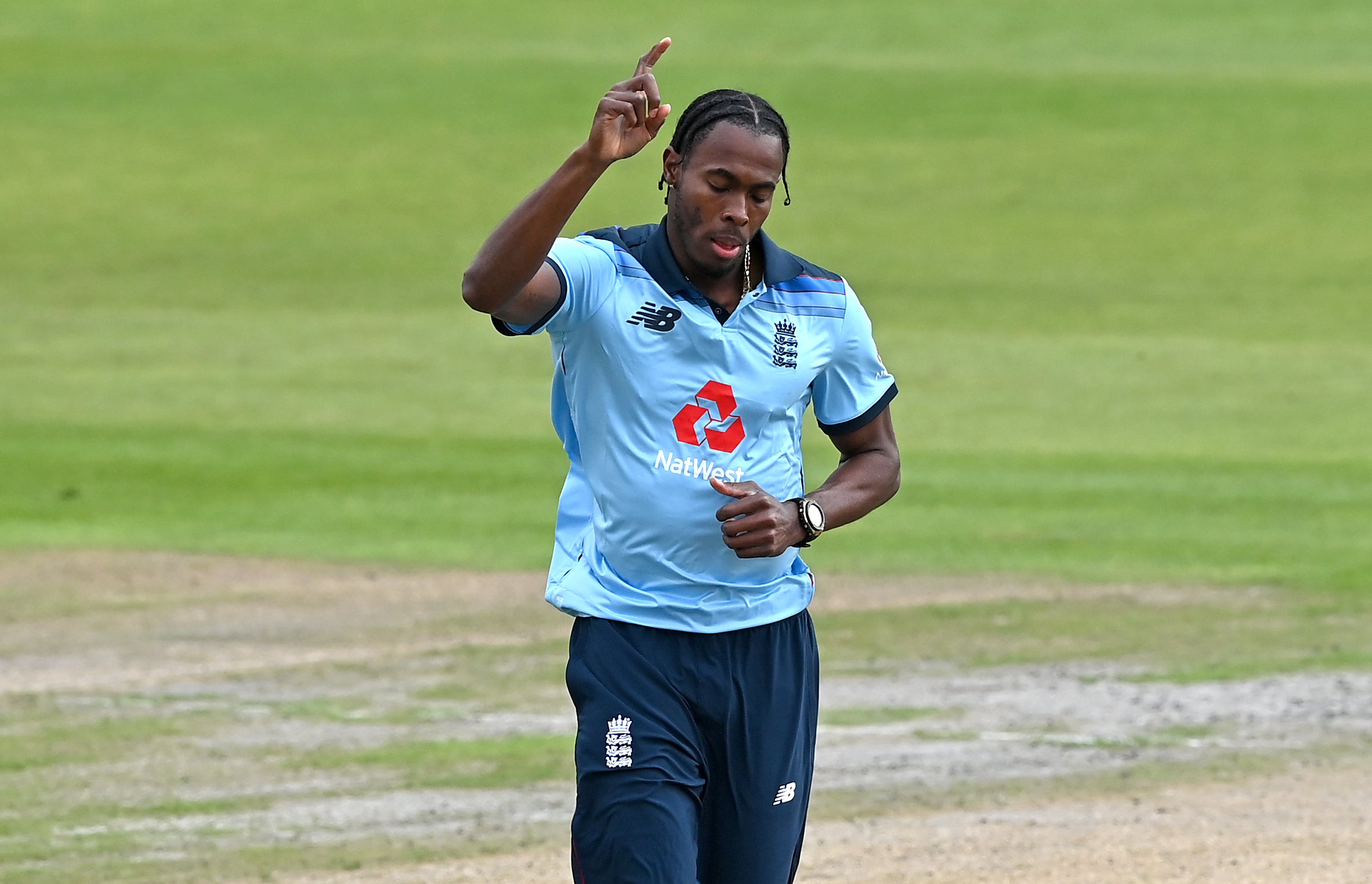 Vaughan, though, is concerned of the “worrying development” over Archer’s fresh setback.

Writing in his column for the Daily Telegraph on Thursday evening, Vaughan said: “You have to fear for Jofra Archer’s Test career now.

“Graeme Swann had floating bone fragments removed from his elbow and was eventually forced to retire because of chronic problems with the joint.

“Archer is younger and will receive the best care and hopefully he will make a full recovery given time, but it is a worrying development.

“At least cricketers have an alternative now and if the elbow is that bad why would he want to risk further injury by bowling 25 overs a day in Test cricket?

“Players can now earn a very good living in Twenty20 and Archer is one of the world’s best white-ball bowlers. Arguably his loss from England’s Twenty20 World Cup team is a bigger blow than missing the Ashes.

“England had put a lot of faith on attacking Australia with pace on flat pitches this winter, but Archer has only performed occasionally in Test cricket whereas he boasts a proven track record in Twenty20.”

James Anderson, who spearheaded England’s bowling response on a rain-shortened second day at the first LV= Insurance Test against India at Trent Bridge, hopes Archer can use the time away to get himself back fully fit.

“It’s a huge disappointment for Jofra and the team,” said Anderson, who dismissed old rival Virat Kohli for a golden duck as the tourists ended the day 125 for four, trailing England by 58 runs.

“He’s been a really influential part of the team for the last couple of years since he started playing for England a huge miss with what’s coming up in the rest of the year.”

Anderson added: “I think also this injury has been bugging him for quite a while.

“Hopefully now this can be the end of it – get it settled, get it healed, rehab it and come back stronger. He’s been great for this team and we want him back, fully fit and firing.”

The bad news keeps on coming for England, following news that Ben Stokes is taking an extended break from the game.

Former captain Michael Atherton accepts there could be doubts over Archer’s Test career given his injury problems.

“We shall wait and see. Fingers crossed that is not the case,” Atherton said on Sky Sports.

“He has gone on record as saying he wants to play Test cricket and play all formats.

“All the top players still want to prove themselves across all formats.

“Let’s hope his body allows him to do that and that he is not just reduced to playing short-form cricket.”

Whether or not Archer is able to make a full recovery remains to be seen, but former England captain Sir Alastair Cook expressed concerns there may be a lasting effect on the bowler’s fearsome pace.

“We spoke all this time about England going to Australia with a battery of fast bowlers and Jofra Archer is another one joining Ollie Stone who is out,” Cook said on BBC Test Match Special.

“Tim Bresnan was never the same bowler after his elbow injury – they’re so hard to get right. He lost that yard of pace and Jofra’s point of difference is that he can bowl genuinely quick. It’s a game-changer.

“The only thing now, though, is the advances in medical research and recovery of these injuries is better now. So if there is ever a chance, they can get it right.”