Cricket Australia has defended its decision to pull the pin on the tour of South Africa after angry administrators on the other side of the Indian Ocean expressed their dismay at the 11th-hour postponement.

Months of negotiations came to nothing after Australia told their South African counterparts Tim Paine’s men would not be boarding the plane to play the three-Test series as planned. 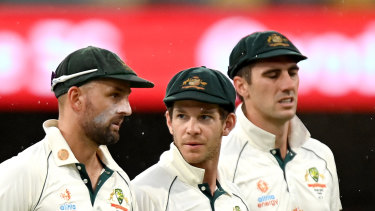 Australia’s Test tour of South Africa has been called off, much to the dismay of cricket authorities on the other side of the Indian Ocean.Credit:Getty

Without its marquee event of the summer, CSA is now in an even more precarious financial situation, having already lost valuable broadcast revenue after its white-ball series against England late last year was called off.

Though the second wave of the pandemic is easing in South Africa, CA say there is an “unacceptable” risk of its players and staff contracting COVID-19 in a country where a more contagious strain of the virus is circulating in the community.

CSA, however, maintains it had done all it had been asked by CA, including agreeing to give Australia exclusive access to the luxury Irene Country Lodge resort, where Sri Lanka and South Africa had stayed in December/January, commitment to an expensive Australian contract tracing system and VIP access through the airport organised through the South African government.

“These are just some of the protocols that CSA was to put in place,” CSA’s chief medical officer, Shuaib Manjra, said. “We had really gone the extra mile to make sure that the tour would proceed.”

The South Africans have said little publicly throughout the talks but had privately been bemused by the increasingly difficult demands placed on them by CA. Eyebrows were raised when CA asked for staff at the resort to be isolated for three weeks, in excess of the customary fortnight.

“We are extremely disappointed by the decision of CA,” CSA’s director of cricket, Graeme Smith, said. “CSA has been working tirelessly in recent weeks to ensure that we meet every single expectation of CA.”

CA said it had done everything possible for the series to be played but ultimately South Africa’s struggles to fight COVID-19 could not be ignored. There were also concerns over the logistics of returning home if players and staff fell ill with the virus. Border Force regulations require travellers to return a negative test result within 72 hours of departure to Australia.

“What happened during the process is really two things, South Africa very sadly have hit the peak of their second wave, and then secondly we’ve got the more virulent strain, which there’s still lots of unknowns around,” CA’s interim chief executive Nick Hockley said.

“So really as we’ve worked through the residual risk and also some questions and challenges around if we were to get a case how and when we can get our players back home, taking advice of medical experts and putting health and safety absolutely No. 1, we were really left with no option.”

Hockley dismissed suggestions CA did more to honour commitments against fellow powerhouses England and India, the latter worth $300 million to the game in this country, than smaller cricket nations. Games last year against Bangladesh and Afghanistan were called off.

“We want to play cricket, we want to support world cricket, I would refute that in the strongest possible terms,” Hockley, whose organisation is sending a second-string T20 team to New Zealand to help their trans-Tasman neighbours, said.

“In this challenging period for cricket and its member countries, we believe the stance taken by CA is regrettable and will have a serious impact on the sustainability of the less wealthy cricket playing nations.”