The Big Bash League is off with a bang but the one of the most talked about aspects of the new season has been tested out with the Aussie T20 skipper labelling the big failure. 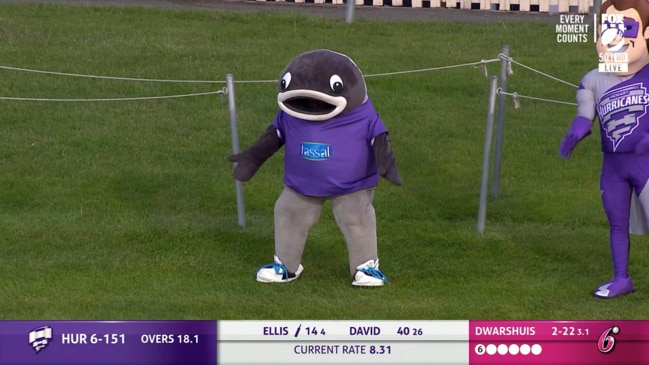 Aaron Finch has cast his eye over the new rules.

The BBL is back and the highly anticipated clash between master blasters Glenn Maxwell and Chris Lynn is set to ignite the season.

After the Hobart Hurricanes came back from the edge of disaster in the first game, game two should be one to watch with last years’ beaten finalists and the highly touted Heat set to go at it at Manuka Oval.

The ONLY place to watch every match of the 2020/21 KFC BBL Season Live & Ad-Break Free During Play is on Fox Cricket, available on Kayo. New to Kayo? Get your free trial now & start streaming instantly >

A reminder of the new rules:

— The Power Surge – Making the power play at the start of the innings just four overs, while batting teams can then pick a our over powerplay with only two players outside the ring in the second 10 overs.

— X-Factor – After the 10th over of each innings, teams will be able to substitute the 12th or 13th man on their team sheet into the game.

— Bash Boost – The team winning the game after 10 overs will get one point towards the standings, while the winning team will be awarded three points.

“I don’t know how much the bowlers who have to bowl for two overs will enjoy it, but I guess it is an opportunity and adds a bit more excitement," Vince said.

“It is interesting. I guess we will try and learn each game and try and find something that works for us as a team.
“The Power Surge when we took it from a batting point of view maybe changed the momentum a little bit.
“I thought their (Hobart’s) guys bowled two good overs, and it gave them a bit of a lift.
“They took out the wickets of me and Edwards, which kind of got them back into the game.
“But I don’t necessarily think there is a right or a wrong, you just have to see how it plays out.
“But when I was batting, there was definitely a bit more going on in my head and trying to think about the Power Surge and keeping the 10-over bonus point in the back of my mind as well.”

But the rule that baffled most was the X-Factor with Aaron Finch taking aim at it, despite praising the other innovations.

“The substitute player, I am not convinced that 10 overs into a 40-over game is enough time to make a call to sub somebody out. I don’t think it will get used a huge amount," he said.

Can't win them all it seems.

BUMBLE AT THE TEST: You must be careful with the local tipple arrack