The first Test against New Zealand is still two months away, but Sam Robson and James Vince – England players of the distant and recent past – wasted no time tossing their bats into the ring on a chilly start to the county championship.

Robson, who played the most recent of his seven Tests back in 2014, made a fluent 165 out of Middlesex’s 293 for eight against Somerset at Lord’s.

Vince, meanwhile, who appeared for England’s one-day side last summer before being left out of all the winter touring parties, creamed a run-a-ball unbeaten 168 for Hampshire against Leicestershire.

The day began with a ‘moment of unity’ by players from all 18 first-class counties, who stood in silence to mark the ECB’s drive to rid cricket of all forms of discrimination, but Robson – who drove his first ball for four – looked determined to go it alone. 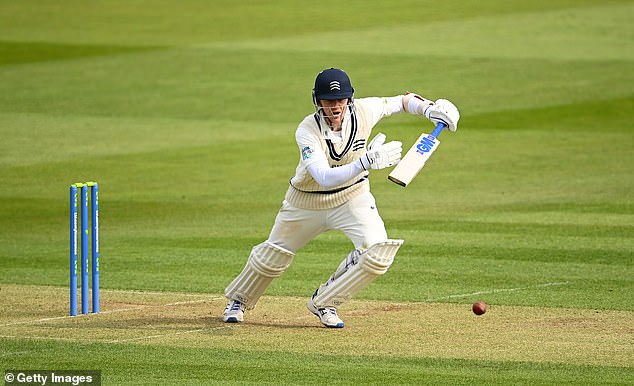 He had the honour of scoring the new season’s first century, and by the time he was caught in the slips off Lewis Gregory – having been dropped on 23 and 47 – he had completely dominated the Middlesex innings. Their next-highest score was captain Stevie Eskinazi’s 22.

Robson turns 32 in July, and remains an outsider for a Test recall, even though his record for England – 336 runs at 30, with a century against Sri Lanka – might have earned a longer stint in a different era. Some of his driving here, especially on the leg side, was high class as he moved past 10,000 first-class runs.

‘I feel like my best years are ahead of me,’ he said. ‘I’m at an age now where I can put it all together, my experience and hunger for runs, so I’d love to play for England again. There is a lot of work to be done here first, and I want to contribute to us getting some wins as a team.’

England have invested plenty in a top-order trio of Rory Burns, who made just four as Surrey struggled against Gloucestershire, Dom Sibley and Zak Crawley, out for 14 as Kent visited Northamptonshire.

But eight rounds of matches before the first Test against New Zealand at Lord’s in early June offer hopefuls plenty of chances to make a point. 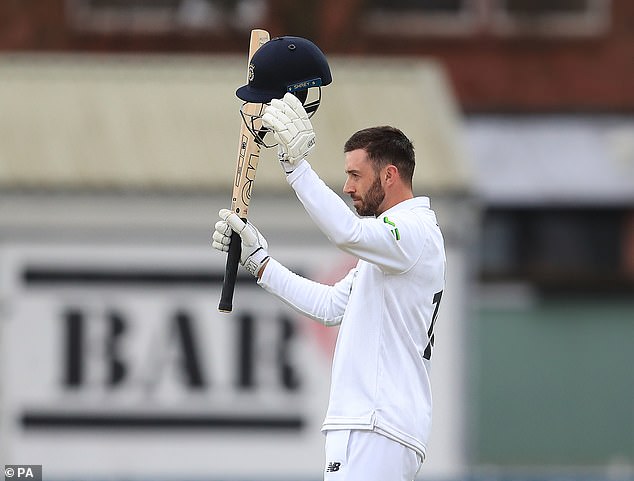 Vince, who last played Test cricket three years ago, spoke recently of being at peace with the prospect of being ignored by England. Yet his contribution to Hampshire’s imposing 431 for four at Grace Road, where Tom Alsop also made a century, may set tongues wagging. In all, he hit 27 fours and two sixes.

Elsewhere, Test captain Joe Root had to wait his turn at Headingley, where Glamorgan – for whom his younger brother Billy made 43 – recovered from 132 for seven to close on 310 for eight.

Sussex opener Tom Haines hit 155 out of his side’s 291 for nine against Lancashire, in a game rerouted to Manchester because of a daddy longlegs infestation at Hove. At Edgbaston, Derbyshire’s first three batsmen fell for ducks in a total of 189 against Warwickshire. 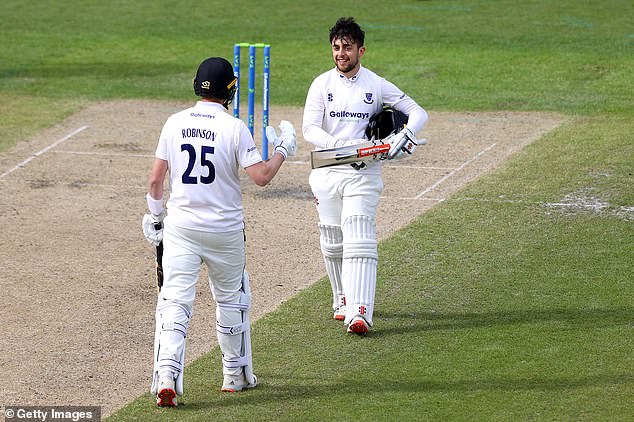