‘You’ve got to reward a performance like last week’: Joe Root confirms Ben Foakes will keep wicket again in second Test against Sri Lanka… and Jonny Bairstow may miss out entirely

It may require the diplomacy skills of Henry Kissinger, but England have to convince Jonny Bairstow they have done the right thing in leaving the wicket-keeping gloves with Ben Foakes for Wednesday’s second Test and probably beyond.

Not only that, but they may well have to follow that up by telling one of their most important players he is not even playing in a game where England could make history by winning a series in Sri Lanka for only the second time.

There is no doubt England have made the correct move, believed to have been conveyed to Bairstow at training on Monday by Trevor Bayliss, in retaining as keeper a man who produced one of the great Test debuts in Galle. 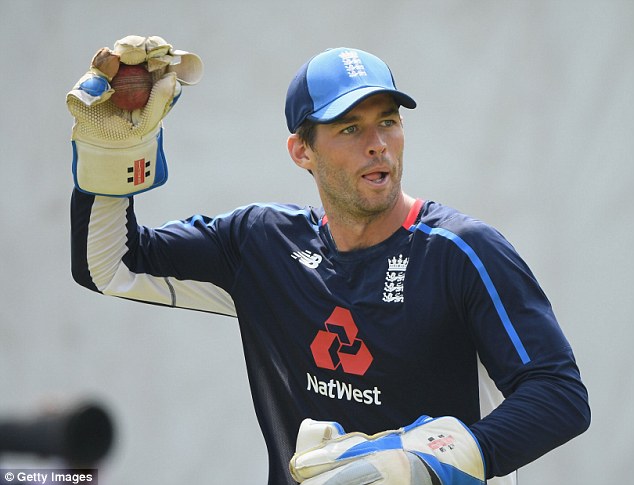 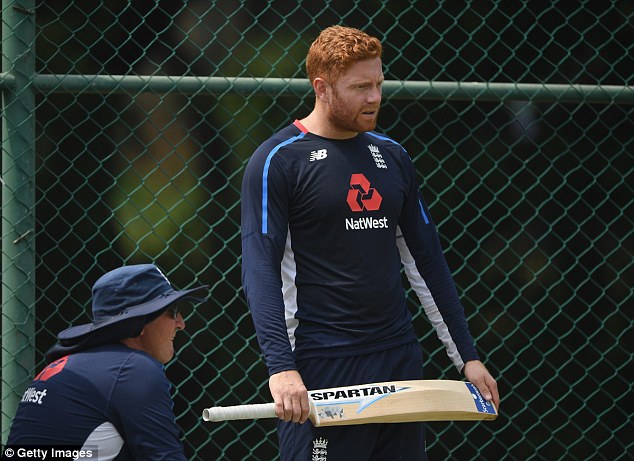 Now Foakes, with a century in the first Test and keeping of a standard rarely seen in the modern game, has forced his way into the England side after Bairstow’s footballing accident — and he is here to stay.

‘Ben in these conditions is the best option behind the stumps,’ said England captain Joe Root. ‘You’ve got to reward a performance like last week.’

The problem for England is making sure that does not have an adverse effect on the sensitive Bairstow, who has worked so hard to turn himself into a world-class batsman-keeper.

Bayliss and Root can, of course, sugar the pill by telling Bairstow they do not want to rush him back from a nasty injury and risk him aggravating it by keeping wicket with so much important cricket ahead.

And the indications on Monday night were, with Root saying Bairstow was a week away from full fitness, that they would use the injury to solve their ticklish selection issues and name an unchanged team on Wednesday at the Pallekele Stadium.

‘It’s quite a serious injury but Jonny seems in a good place,’ said Root. ‘I think he’s still a week off being 100 per cent. He’s mad keen to play and to see him pretty much flat out is testament to how hard he has worked to get fit again.’ 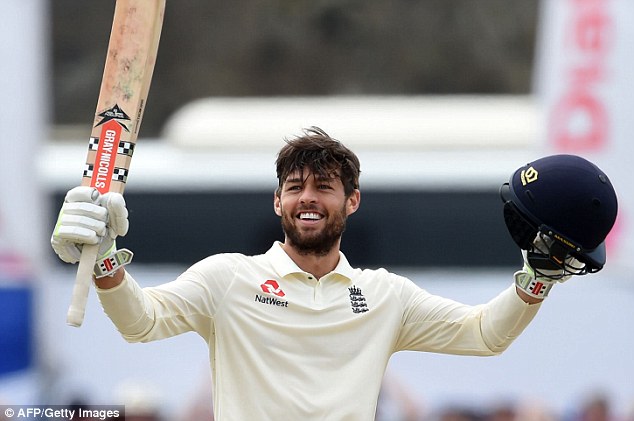 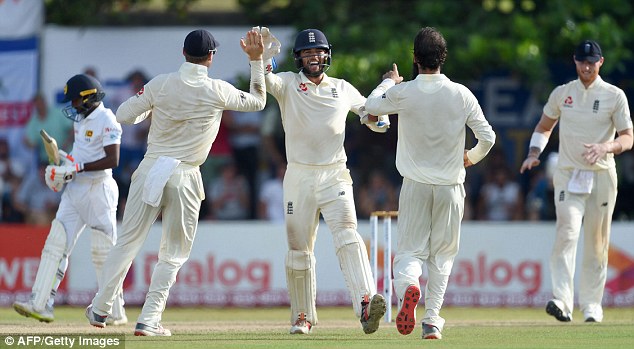 Root’s assertion that the Pallekele pitch, which remained under cover on Monday, is ‘drier than expected’ two days out could provide another test of those diplomacy skills because Stuart Broad ran in hard in the nets on Monday and clearly wants the place he was forced to give up in Galle.

Yet, with England’s new guard doing so much to earn such a spectacular first Test win, Broad could well miss out again along with Olly Stone, who looked rapid in the nets on Monday and is clearly pushing hard for inclusion, too.

‘We’ve got to turn up tomorrow and have a clear idea of what we think is the best team for this surface,’ said Root. ‘We’ve come here with a plan to win this series and it’s really important that’s the main focus for our group.’

The bottom line is England’s plethora of options and the riches at their disposal in keepers and all-rounders is a huge positive and something that should propel them, in time, back to the top of the world rankings. The last thing they need is for it to become a negative because of difficult selection issues. 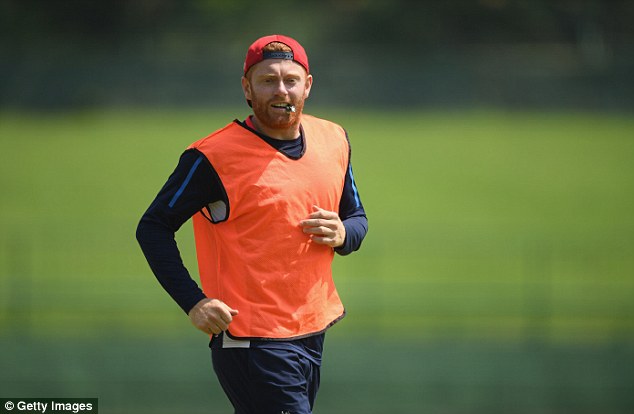 The only thing, really, they have to sort out now is their top three and there was encouragement both in the century for Keaton Jennings in Galle and the promise of more to come from the unlucky Rory Burns.

Now all they have to do is sort out the No 3 slot and, with Root reluctant to fill the position that really should be his, indications were that Jos Buttler could step up, especially if England bat second and Moeen Ali has bowled by then.

‘Absolutely,’ said Root when asked whether the gifted Buttler could be promoted. ‘He’s got a fine game and he’s very adaptable. He can play a number of different styles and can read the game quickly, which is a great asset at three.’

This is a fantastic opportunity for England to seal a notable series victory that would go a long way towards curing their travel sickness while re-affirming Bayliss’s view that this is becoming ‘Root’s side’. 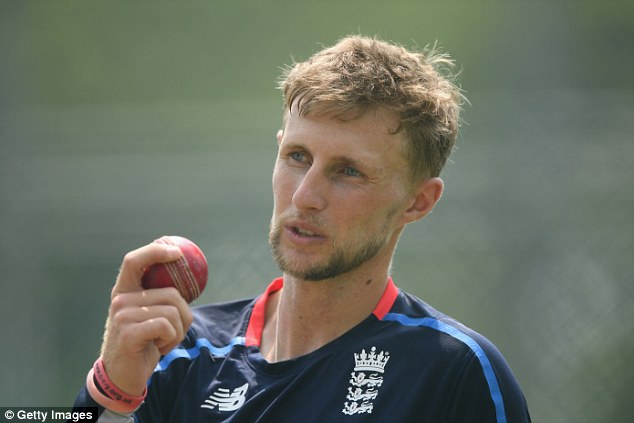 ‘It’s felt like it’s been going that way for a long time now,’ said Root, who looked more at home in the field in Galle than ever before. ‘I really do think we’re heading towards where we want to get to and have a real direction for this group of players. I feel in good control.’

They will never have a better chance of emulating Nasser Hussain’s side of 2001 by winning the series here, with Sri Lanka in disarray.

Captain Dinesh Chandimal is injured while their best spinner, Rangana Herath, has retired one game into a three-match series. Now there is a cloud over mystery spinner Akila Dananjaya, who has been reported for a suspect action.

‘It would be a huge achievement to win here,’ added Root. ‘We did play very well last time and now we have to back it up. They’ll be hurting after last week, so we will have to be on top of our game.’

That may be so but England have a glorious chance of kicking Sri Lanka while they are down, even if the Pallekele pitch has less pace and bounce than in the one-day series last month. They simply must take it and confirm Root’s show is very much on the right road. 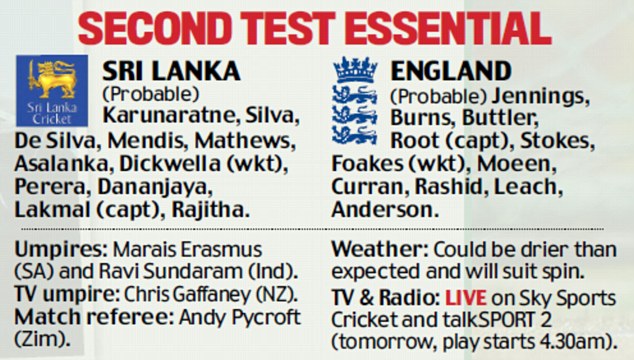