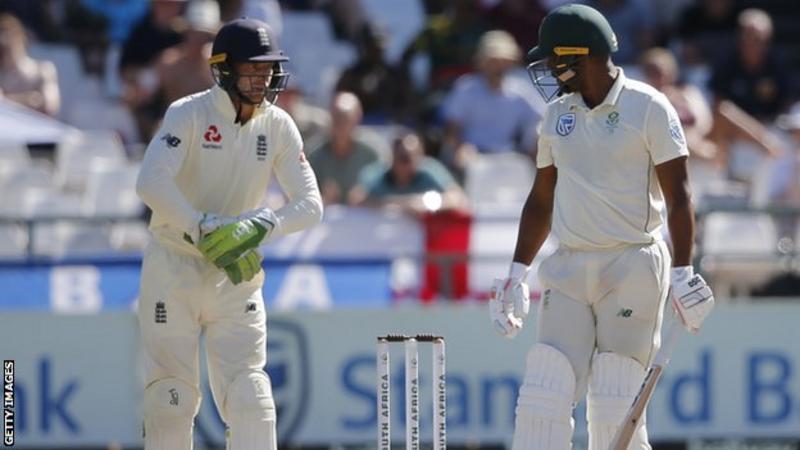 England wicketkeeper Jos Buttler has been fined 15% of his match fee by the International Cricket Council (ICC) for swearing during the second Test against South Africa.

Buttler was heard on the stump mic using an obscenity towards all-rounder Vernon Philander on the final day of the second Test at Newlands.

The 29-year-old has also been given one demerit point.

England claimed a thrilling 189-run win at Newlands to level the series at 1-1.

The third Test of the four-match series begins on Thursday, 16 January in Port Elizabeth.

Players can be suspended if they accumulate four demerit points in a two-year period.