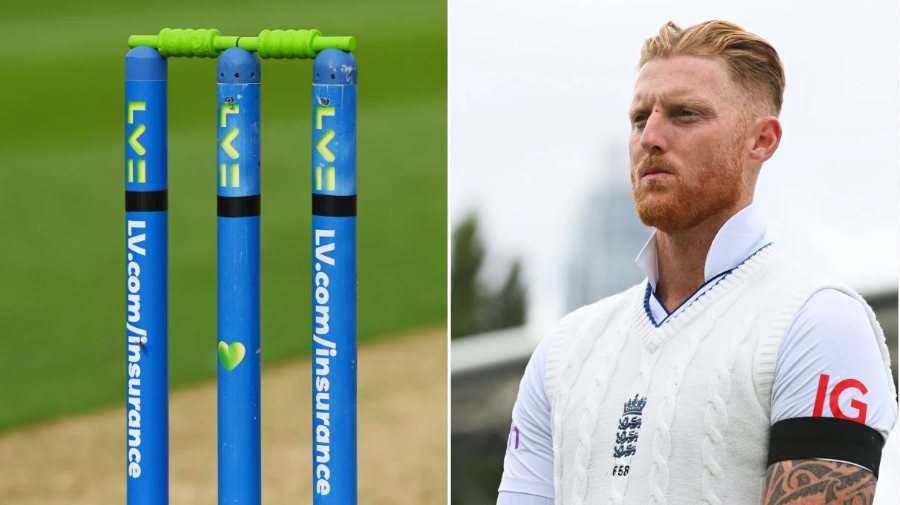 England captain Ben Stokes insisted ‘the show must go on’ as England’s Test match against South Africa at the Oval resumed on Saturday following the death of Queen Elizabeth II.

Friday’s play was suspended following the death of the long-serving monarch but the series decider, effectively reduced to a three-day contest, got underway again this morning following the ECB’s announcement yesterday.

England’s players took to the field wearing black armbands, while the stumps were also adorned with a tribute to the 96-year-old, who died at Balmoral on Thursday.

A minute’s silence was impeccably observed by a capacity crowd packed into the historic south London venue, before the national anthems of both teams were sung.

While the Football Association called off all fixtures, including at grass roots level, this weekend, cricket took the decision to green light a resumption, much to the delight of Stokes.

He said: ‘We are honoured to be able to walk out on the field today in memory of the Queen. We know how much the Queen loved sport, and the show must go on.’

After winning the toss and electing to bowl, it wasn’t long before the timber adorned with a unique tribute was disturbed with a classic Ollie Robinson in-swinger sneaking past Dean Elgar’s inside edge and clattered into his off-stump.

The proclamation of King Charles III was also shown on the television screens in the Championship Village.

Pelley told Sky Sports: ‘Yesterday we had a number of conversations with DCMS and saw the guidance that came from the Palace.

‘Most of the conversations that I had were with the England and Wales Cricket Board and we both felt that bringing people together at this particular time, having both had the honour and respect of the day of cancellation on Friday, was the right decision and the right thing to do.

‘I have heard from so many players that want to honour Her Majesty and felt that playing was the right way to do it.’