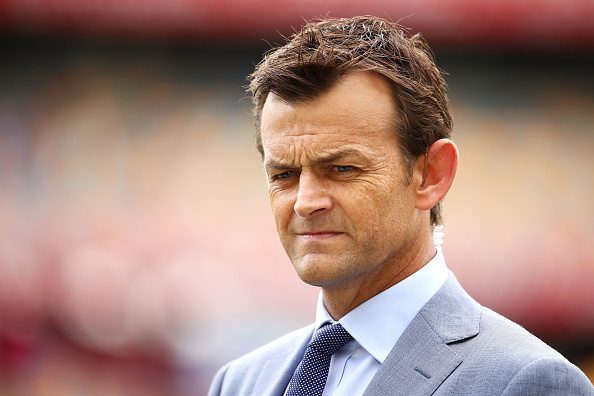 Adam Gilchrist has backed Australia to secure a rare Test series victory in India and reclaim the Border-Gavaskar trophy.

Former wicketkeeper-batter Gilchrist was Australia’s stand-in captain in 2004 when the team clinched the nation’s only Test series win in India since 1969.

Reflecting on the landmark 2004 series win, Gilchrist told Fox Sports: ‘What we tried to change with our mentality back then – and I’d be interested to see if the Australians do it this time – is don’t go searching and just rolling spinners out there.

‘Attack the stumps right from ball one. Swallow your pride a bit, be defensive to be aggressive…

‘Start with one slip, start with a catching mid-wicket, put fielders out on the boundary to nullify the boundary option, but keep a couple of catchers in place – either at short cover or short mid-wicket – and just be patient.’

Australia boast a battery of quality fast bowlers, with Pat Cummins, Mitchell Starc and Josh Hazlewood firing the team to emphatic victories over South Africa and West Indies over their home summer.

Off-spinner Nathan Lyon is also an experienced campaigner, having taken 460 Test wickets in 115 matches – only Warne and McGrath have more for Australia.

‘I think Australia will win the series, I really do,’ Gilchrist added. ‘I think they’ve got a squad and final XI that will have a lot of similarities to the team we rolled with in 2004.

‘So often teams go to India hoping to unveil some new spinner that’s going to come in and adapt and bedazzle in India – it doesn’t really happen.

‘Pick your best four bowlers, run with them – and if that is three seamers who can all get really nice reserve swing and Nathan Lyon, who’s outstanding and clearly the best off-spinner we’ve ever had, can play his role – that’s my gut feeling. You do that, you go with it.’

Australia’s four-match Test series against India begins on February 9 in Nagpur, before the teams travel to Delhi, Dharamsala and Ahmedabad.

Following next month’s Test series, Australia and India could face off in the World Test Championship final at The Oval in June.

India have won nine of their last 12 Test series and contested the last World Test Championship final where they suffered an eight-wicket defeat to New Zealand.