Despite Australia's retention of the Ashes, changes will be made to the side's batting line-up for the first Test against Pakistan.

A full round of the Shield plus a tour game featuring Australia A next week will give selectors the chance to cast a final eye over the contenders.

The six batsmen named in the Australia A side to take on Pakistan in a three-day pink ball game in Perth are in the box seat but this selection panel has pulled some left-field moves in recent times.

The positions up for grabs are at the top in who will partner David Warner and in the middle order.

Marcus Harris: As the incumbent, he has the inside running but has left himself open to the axe after a lean run in England where he averaged less than 10 in six innings after coming into the side for Cameron Bancroft. Harris already has a century in the Shield but there was an asterisk as it came on a Junction Oval road. Given no other opener has dominated so far, a big score in Perth will make it hard for selectors to ignore the left-hander. 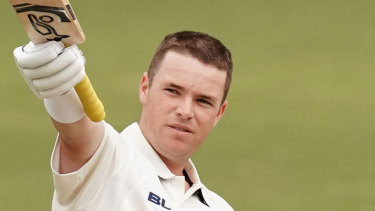 Marcus Harris’s place is up for grabs after a lean Ashes series.Credit:AAP

Joe Burns: The cricket gods have again not been kind to the unlucky Queenslander, who has played all his games on a testing Gabba pitch. Two half-centuries from five innings, and an average of 40, is not a bad return but a ton or two in bowler-friendly conditions would have presented a compelling case to Trevor Hohns and Justin Langer. There will be no excuses next week given both he and Harris have a level playing field in what has been billed as a bat off. 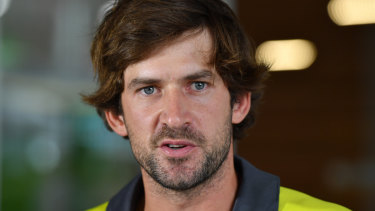 Joe Burns has been unlucky not to play more Test cricket.Credit:AAP

Usman Khawaja: Dumped during the Ashes, the veteran's lean run has continued back home. An average of 11.8 makes him unpickable but selectors are giving him every chance to produce a reason for a recall. Khawaja's record at home is formidable but his numbers have been modest for 12 months. If picked, he would most likely slot back to his longtime spot of first drop with Marnus Labuschagne moved to five though there are also suggestions he may be tried at the top. 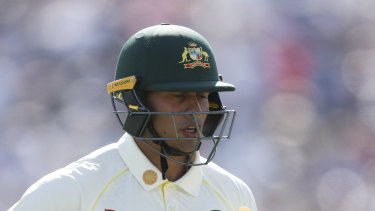 Usman Khawaja lost his place during the Ashes.Credit:AP

Nic Maddinson: Full credit to the left-hander, who has endured plenty in the three years since his horror introduction to the baggy green. The former NSW batsman has not put a foot wrong since moving south of the Murray, amassing 952 runs at 79 in eight Shield games for Victoria. He enhanced his claims last week with 69 on a lively day one pitch at Bellerive, albeit batting at five. Maddinson's versatility means he is an option to open and bat in the middle order, but he is coming from well back in the field. 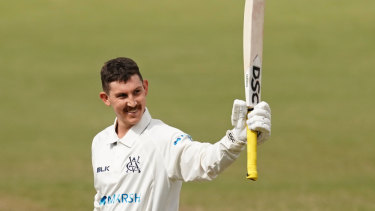 Nic Maddinson’s career has flourished since leaving NSW for Victoria.Credit:AAP

Cameron Bancroft: The West Australian has come from the clouds before to pinch a Test berth, can he do it again? Probably not. Bancroft has made just 57 runs at 11.4 this season but, worse still, has found a new way of consistently getting out – being caught at leg gully. It would take a stunning form reversal for him to fire this week against a NSW attack likely to consist of Pat Cummins, Josh Hazlewood, Mitchell Starc and Nathan Lyon. 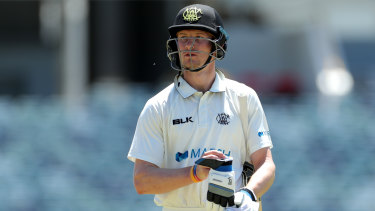 Cameron Bancroft has struggled in the Shield after being dropped during the Ashes.Credit:AAP

Travis Head: The Test vice-captain lost his place in the Ashes after his inability to defend balls on the stumps was exposed. His stocks plunged lower again after an underwhelming start for South Australia but a century last week against NSW has strengthened his claims. After impressing against the powerful Indians last year, and playing some important hands against England, it would be a shame if he was not given a chance to flourish against Pakistan. Justin Langer highly rates his character. 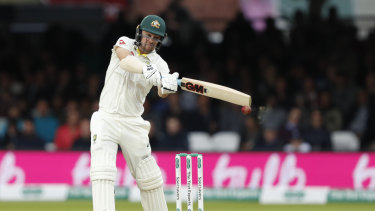 Travis Head was dropped despite a Test average of 42.Credit:AP

Will Pucovski: There is a massive boom on the Victorian young gun, who comes with the backing of former champions Ricky Ponting and Shane Warne. Pucovski, 21, has emerged at a time when the depth of Australia's batting talent is shallow, producing numbers superior to more seasoned aspirants. But is Pucovski, whose mental health struggles have been well documented, ready for the pressure of Test cricket and is he better off with a full Shield season under his belt, or is he too good to be left out? 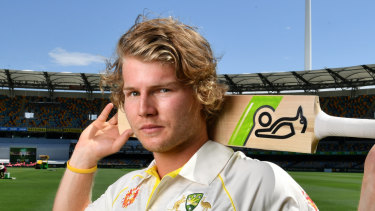 There are big wraps on Victorian youngster Will Pucovski.Credit:AAP

Alex Carey: If the top six for Australia A all fail, and no other batsman emerges from the Shield, could selectors play the wicketkeeper at No.6? It's a longshot but there is a strong belief selectors have identified him as the man to succeed Tim Paine as captain. By picking Carey as a specialist batsman, it would give the impressive South Australian a chance to find his feet at Test level before taking office. A first-class average of 32 is only moderate but his batting has improved significantly in the past 12 months. 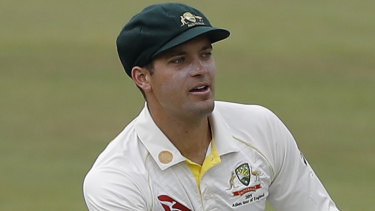 Shaun Marsh: It's unlikely he will get another call-up but the veteran has made a strong start with 393 runs at 79. There is every chance Marsh would score runs if recalled but not many would criticise selectors if they decided to give the opportunity for a younger player to establish himself. Even the player himself doubts selectors will come knocking again. 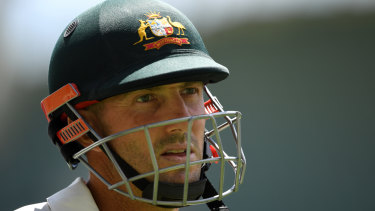 England get behind plans to scrap five-day Test cricket