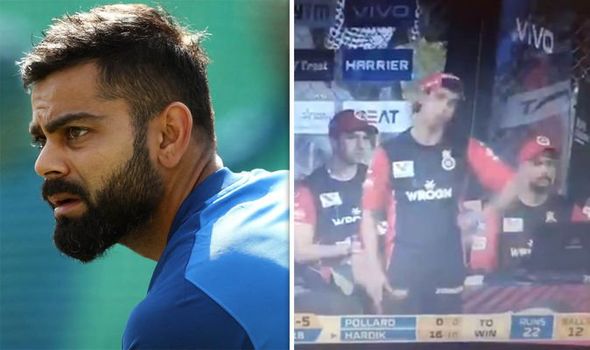 Mumbai Indians needed 23 off the last two overs and RCB captain Kohli had lined up a seamer in Navdeep Saini to bowl the 19th.

However, RCB’s bowling coach Ashish Nehra pleaded from the sidelines to bowl a spinner – Pawan Negi – instead.

Nehra was seen making a spinner’s action pitchside so Kohli listened, threw Negi the ball only for it to spectacularly backfire.

But Pandya then unleashed an onslaught hitting 6, 4, 4, 6 before a wide and then a single wrapped Mumbai’s victory up with an over to spare.

The move was blasted by Kevin Pietersen who said on commentary: “I don’t know how much it helps. The coach running around on the sideline and ordering a captain to do something.

“I’m not so sure about that kind of emotion on the side of a cricket field.”

Fans let rip at the controversial incident with Kohli taking the brunt of it. 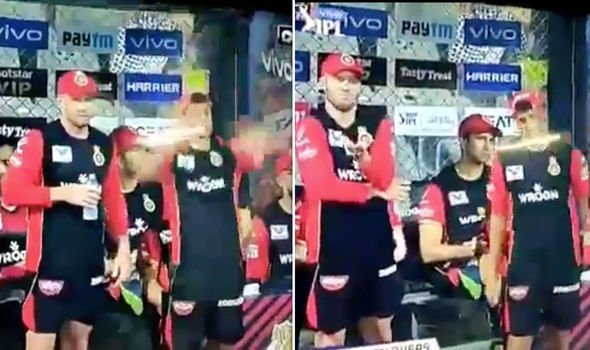 “There are plenty of things wrong with RCB but the worst part is an international captain like Kohli having to depend on Nehra’s advise during crunch moments,” wrote one.

Another said: “Kohli shud take his own decisions in certain situations or take team support but nehra shouldn’t involve In it. Every thing was going in Rcb way but nehra played spoiler alert.”

“Even a Bowling coach like Nehra is influencing Kohli’s Decisions, What a weak Captain,” fumed one fan.

While a fellow viewer said: “I still can’t understand why Kohli would listen to Nehra. Man you are captain, you control the things. It’s not football FFS. It’s getting farce everyday for the brain dead franchise.”

“Can someone explain why Nehra is the bowling coach?? And why is Kohli listening to him for god’s sake. Nehra lost the match for us,” tweeted another.

Mumbai ran out five-wicket winners but Kohli insisted afterwards that his side had ‘played a pretty good game’.

“With the ball, after conceding 65 in six, it was always going to be difficult to bring it back from there,” he said.

“The guys fought back hard in the middle overs, came back into the game nicely and in the end we had to take a chance with the spinner on and the ball turning the way it was.

“It was one of those days where it just didn’t come off for the spinner at the end.

“With two right-handers in, we thought we had to take a chance and get them out. 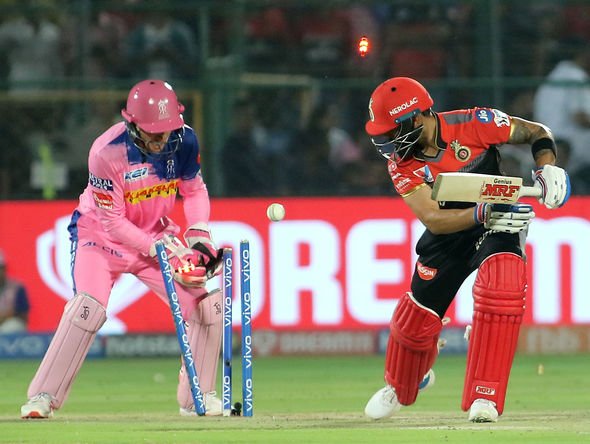 “Pace on the ball, with the dew factor, it was always going to be difficult for the bowlers.”

But he did at least reserve special praise for Moeen Ali, who struck 50 off 32 balls before taking 2 for 18 from his four overs.

“He’s been outstanding, striking well with the bat as well,” Kohli said.

“He’s bowling with a lot of heart, a lot of determination and that’s there to see. He swung the game around in that one over and from there we were able to put pressure on which was good to see.

“It’s good to see an international cricketer, a senior player in the team, taking responsibility.”

Marcus Trescothick: Somerset and ex-England batsman to retire at end of season