International cricket, in common with most team sport, can be interpreted as a search for belonging. What they don’t tell you, of course, is that it’s an unreachable goal. Win your place and you’re always fighting to keep it. Keep it and you’re fighting to nail it down. Nail it down, and by the time you’re established yourself the game has moved on, new challenges arising, new challengers emerging. Even Alastair Cook, England’s most capped Test cricketer of all time, never felt totally safe.

The difference is that for most cricketers, the bottom line is stark. Your role is defined by your skills. If you’re a batsman, you’re judged on runs; if you’re a bowler, you’re judged on wickets. Yet all-rounders are judged on both, at varying times and in varying calibrations. And for an all-rounder as fascinatingly complex as Moeen Ali, the search for belonging, for a simple sporting identity, has been a melodrama of masks and mirrors, of self-reckoning and self-kidology that – after five long years – may just be working itself out.

Since making his debut in 2014, Moeen’s career has come full spiral. He was originally picked, remember, as a lower-order batsman and the lead spinner. Looking back, there was always an element of masquerade to it: a top-order batsman from Worcestershire reinventing himself before our eyes.

Now, as England prepare for the start of a new Test series in Barbados on Wednesday, it is once again the role he has been assigned: the difference being that finally, 163 Test wickets down the line, Moeen himself appears to have made his peace with it.

The problem with Moeen – a nice problem to have, of course – was that he could do too much. He could bat anywhere in the top eight, play as a main spinner, play as a support or part-time spinner, or any combination of the above. And over the years England have contorted themselves into all sorts of ungainly shapes trying to work out how best to use him. 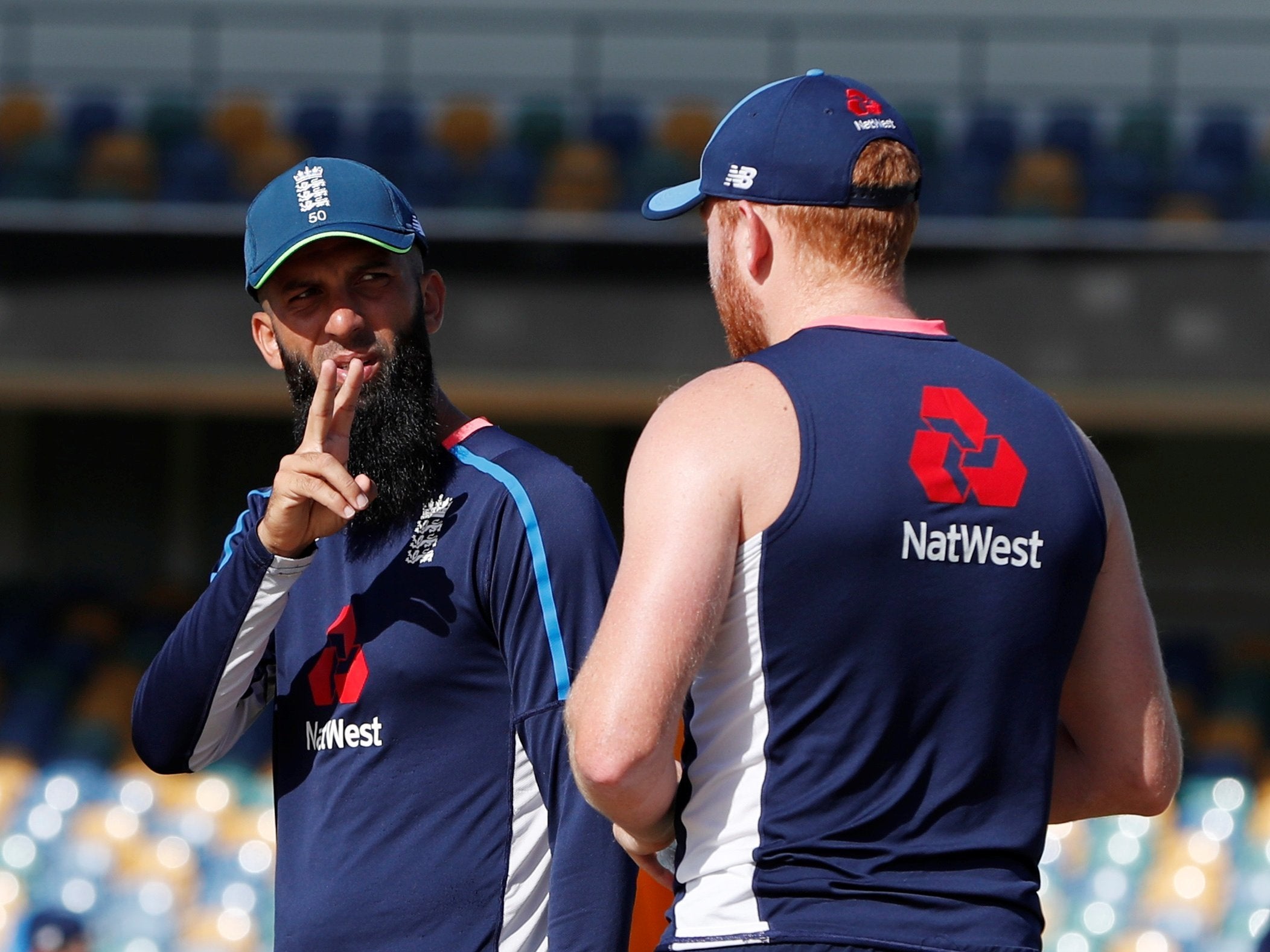 For much of the last two years, convinced that Moeen functioned best when the pressure was off, they have tried using him as a ‘second spinner’, a psychological sleight of hand that nonetheless reaped handsome benefits. Against South Africa in 2017, and again against India and Sri Lanka in 2018, Moeen bowled beautifully in tandem with Adil Rashid, Jack Leach or Liam Dawson.

He may yet do so again here, with the pitch at the Kensington Oval looking drier and softer than anticipated, and with the ball turning square on the practice wickets. But over the last few months, Moeen has come to the realisation that playing as a second spinner is no sure route to a regular Test place. And that for England’s sixth-most prolific spinner of all time, with Monty Panesar and Tony Lock in his sights if he has a good series here, it was time to start doing things on his own.

“To be honest, I’m not too fussed any more [about playing with a second spinner],” he said after practice on Monday. “Maybe before, I was. Now I just try and focus on myself. If someone else plays, I try to help them out as much as I can. I thought we all worked really well together in Sri Lanka, but if the responsibility is on myself then I’m happy with it. 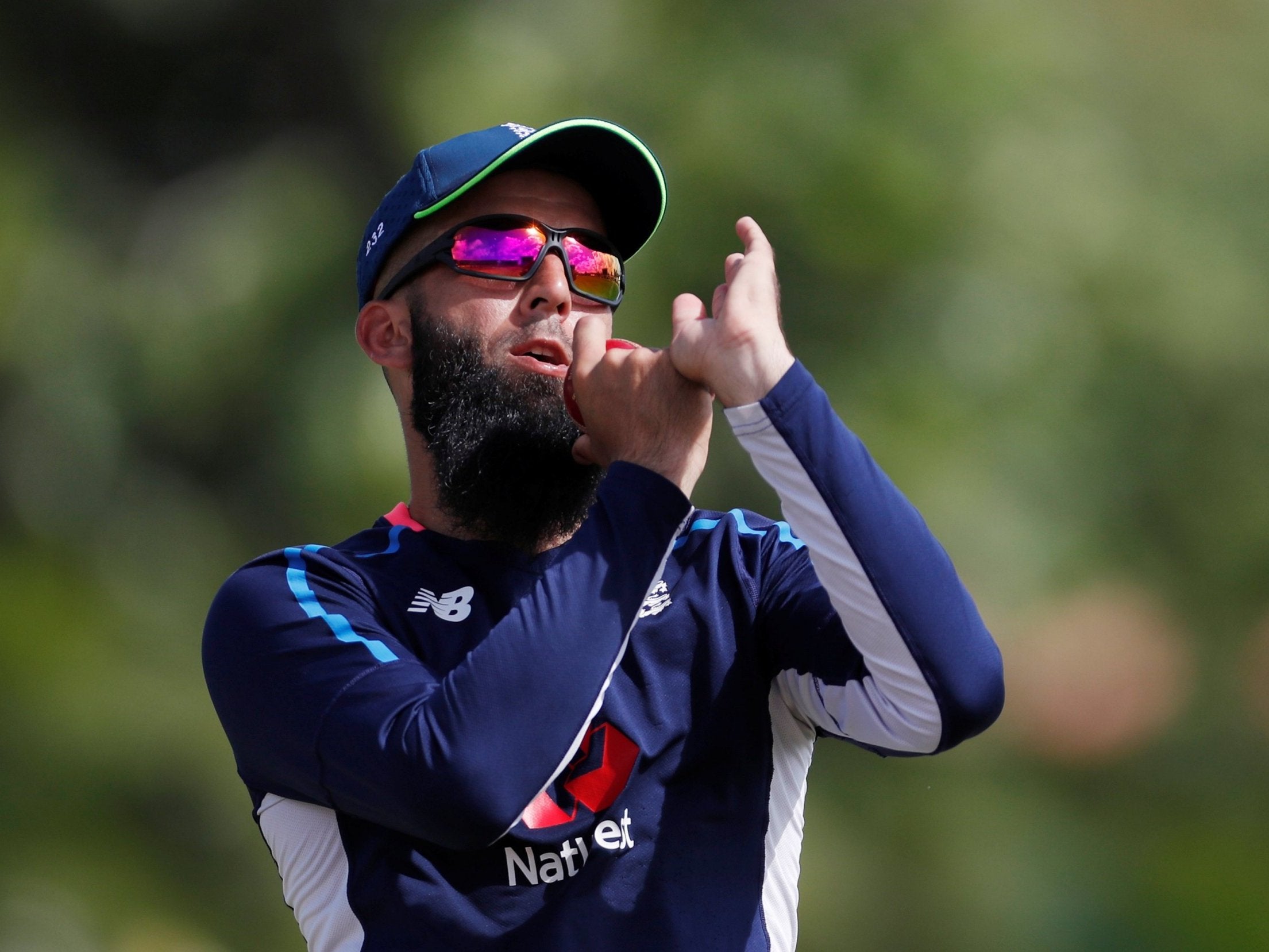 “I feel like I’m at the best age now. I’m 31, and I’ve played quite a bit for England. I feel I’m getting, as a spinner, towards my best. For me to think better of myself might improve me. I’ve got to do that, rather than hide behind saying I’m a second spinner.”

This idea of “thinking better of himself” is an important one. Moeen does not lack confidence, but nor does he have the superhero complex of a Ben Stokes. He’s a realist rather than a pessimist, a little more sensitive to criticism than he makes out, his game a delicate ecosystem in which one malfunctioning part can throw the whole thing out of whack. For Moeen, that moment arrived during the 2017-18 Ashes.

In his recent autobiography, he writes of how self-doubt began to engulf him. A finger injury hampers his grip on the ball. A marginal umpiring call goes against him. He begins to obsess over Nathan Lyon after a couple of soft dismissals. He rages in private at coach Paul Collingwood over comments made to the press about his state of mind. “When something’s not right, it affects your entire game,” he writes. “I was going out to bat feeling depressed about my ability to bowl well.”

Since his return to the side during the summer, a subtly different Moeen has emerged: one who seems to have ploughed all his mental and physical resources into making himself the very best spinner he can be. A conversation with Saqlain Mushtaq over the winter was aimed at addressing his fluctuations in form, reminding him not to get too fixated on outcomes and concentrating instead on bowling better and trusting the wickets will come.

A conversation with his captain Joe Root clarified his function in the side: as the main spinner, contributing runs at No 7 or No 8. For the first time in his five years as an England player, Moeen has a role that feels like it might stick. 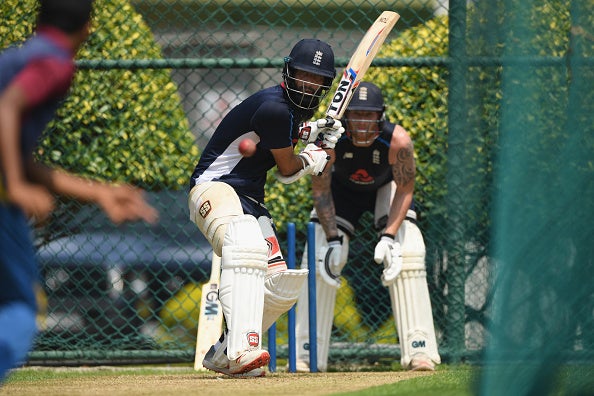 The flip side of this is that his batting has gone into a gentle decline. It is why, after a brief experiment at No3, he says he won’t be returning up the order.

“At this particular time, this moment in my career, I don’t have the patience I used to,” he said. “I did try to bat a long time, and it doesn’t mean I can’t do it, but now I think I’m more use to the side coming in down the order. And I do feel like we need a proper No3 in England, for the Ashes and stuff.”

And if you look at his figures since the end of the last Ashes – 19 with the bat, 25 with the ball – they are pretty much the sort of numbers you would expect from a world-class spinner batting at No8 in bowler-friendly conditions. Doubtless there are more twists and turns on the road ahead: this is, after all, the nature of international sport. But for the first time in a while, we have a fair idea of what we can expect from Moeen going into a Test series. It’s taken five years, but Moeen may finally have discovered his calling.

Keep up to date with all the latest transfer news, rumours and done deals throughout the January window​