Australia will bring some of the biggest names in world athletics to Melbourne next month to go head-to-head with Australia’s best in a major upgrading of the Melbourne track Classic to honour athletics luminary Marie Plant.

Athletics Australia says it will have at least three top 50 names in no fewer than 12 athletic events at the Maurie Plant Meet at Albert Park on the night of February 23 in what will be the first of an annual Continental Tour Gold series event. It upgrades the class and standing of what was the Melbourne Track Classic. 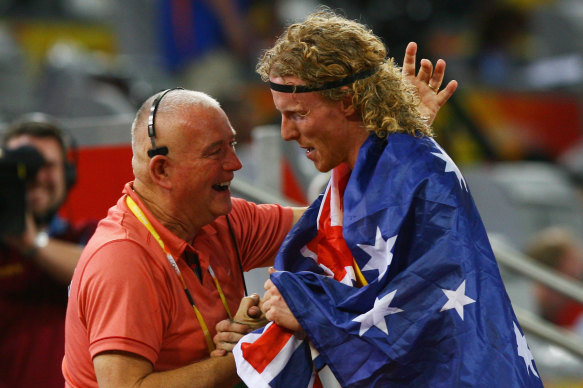 The late Maurie Plant, left, with Steve Hooker at the Beijing Games.Credit:Getty Images

As part of the Continental Gold Series, which is one rung below the Diamond League series, the Maurie Plant Meet will offer $200,000 in prize money plus higher world ranking points as it seeks to become the biggest athletics meet in the Southern Hemisphere.

It will be broadcast in over 150 countries, and available on live stream across the world.

Maurie Plant never won a race for Australia, never ran in the green and gold on the track, yet he was one of the biggest figures of Australian athletes for the last 50 years. 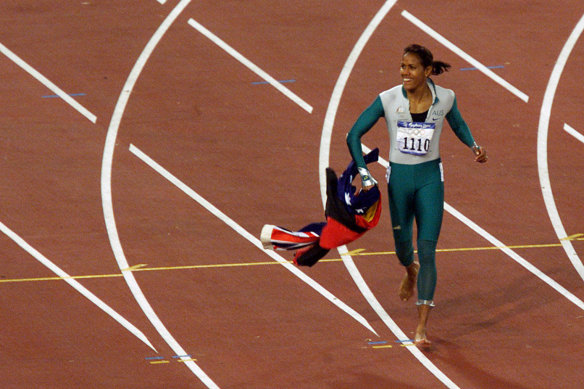 Cathy Freeman’s athletic achievement is celebrated at the NCIE.Credit:Getty

He was a mentor to Cathy Freeman, Sally Pearson and Steve Hooker among others, a training partner to Raelene Boyle, an agent and was connected to the biggest names in world athletics, from Usain Bolt, Asafa Powell to David Rudisha attracting them to compete in Australia. He died in January 2020.

“It would be a natural choice to name the gold level meet after the man, Maurie Plant, who means so much to not only the community of track and field but who was a major player in the success of many champions of the world. I was so pleased to hear that Maurie would be honoured in this way as he was a man who also meant so much to my success,” Freeman said

Plant was a close friend to the biggest athlete agents in the world, Paul Doyle and Ricky Simms. AA is working with the pair and is confident that they will be able to attract some of the world’s biggest athletes. 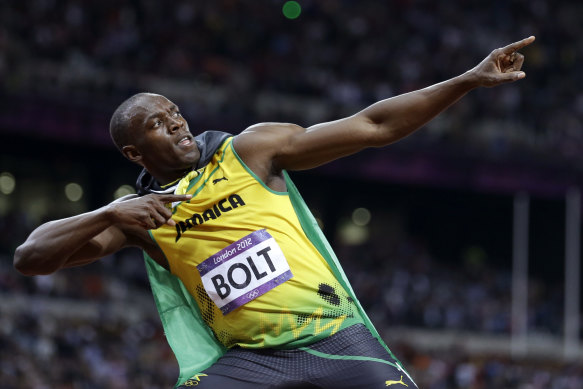 Usain Bolt was no fan of the Commonwealth Games.Credit:AP

The meet will also further Melbourne’s hope to position itself as a summer training and competition venue ahead of the 2026 Victoria Commonwealth Games and beyond that, the 2032 Olympic Games in Brisbane.

Olympic 1500m finalist and Australian record holder Stewart McSweyn, who was also managed by
Plant until his death in 2020, said: “It will be an absolute privilege to compete in a meet named in
Maurie’s honour. He was such a positive, influential person for so many Australian athletes,
particularly when travelling in Europe.”