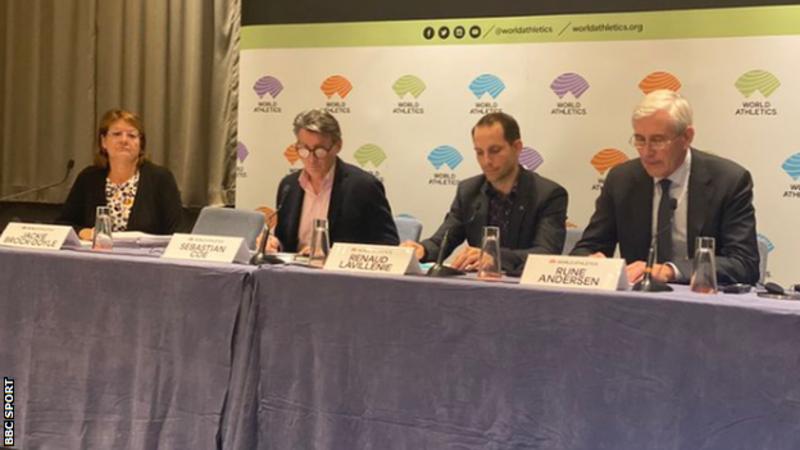 Russia has been banned from competing as a nation in athletics since 2015.

Some athletes have been able to compete under a neutral status, including at the Pyeongchang 2018 Winter Olympics.

“Wada must get tougher and impose the full restriction on Russian athlete participation in the Olympics that the rules allow,” said Tygart.

“Only such a resolute response has a chance of getting Russia’s attention, changing behaviour, and protecting today’s clean athletes who will compete in Tokyo, as well as future generations of athletes in Russia who deserve better than a cynical, weak response to the world’s repeated calls for Russia to clean up its act.

“It is sad when a country’s athletes suffer for the fraud of the governmental and sport system they represent. However, the failure to stand up to Russia’s five-year flaunting of the rules would cause even more harm to athletes in and outside of Russia. The time for the toughest penalty available is now.”

Wada’s executive committee will consider the recommendations and make the final decision at a meeting in Paris on 9 December.

Athletes have not been able to compete for Russia since November 2015 after state-sponsored doping was uncovered. Under the terms of the ban, athletes who have met World Athletics’ doping review board’s drug-testing criteria can compete under a neutral flag.

The International Olympic Committee (IOC) has demanded the “toughest sanctions” against Russia but would be willing to allow clean athletes to compete under a neutral flag again.

“Russia continues to flaunt the world’s anti-doping rules, kick clean athletes in the gut and poke Wada in the eye and get away with it time and time again,” Tygart added.

“Wada must stand up to this fraudulent and bullying behaviour as the rules and Olympic values demand. The response proposed by the CRC is inadequate, especially given the deceit perpetuated by the Russian sport system which is controlled by the government.

“History has taught us the response to Russian doping used in Rio 2016 and Pyeongchang 2018 – in which a secretly managed process permitted Russians to compete – did not work.”

“The Russian gangster state continues to deploy a predictable and deplorable policy of deception, evidence tampering and lying to cover up its crimes,” his lawyers said in a statement.

“The Kremlin must think the people of the world are idiots to believe this shameless and transparent stunt.

“Wada should be applauded for revealing Russia’s latest crime, but if the IOC and the international sports regulatory framework gives Russia yet another free pass, other countries will simply follow in their footsteps.”

NBA All-Star Game opens with emotional tribute to Kobe Bryant
We and our partners use cookies on this site to improve our service, perform analytics, personalize advertising, measure advertising performance, and remember website preferences.Ok