Wellington: The New Zealand Breakers may have to follow the lead of the A-League's Wellington Phoenix and NRL's NZ Warriors by basing themselves in Australia for the next NBL season.

The four-time NBL champions are based in Auckland and regularly commute across the Tasman Sea for away games in the competition. 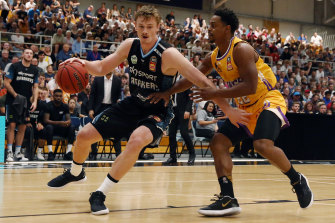 But a spike in infections in Victoria, which has seen both of the NBL’s Melbourne-based teams placed in isolation, and border closures between states made that unlikely.

Walsh added there was also the possibility Australian teams could relocate to New Zealand and operate in a hub-type competition, similar to that employed by the NBA to restart their season in the US.

While there was no risk, at this stage, to the season being cancelled one option could be to delay its start, he said.

"We do have the ability to push the season back all the way to a February start and still get a full season in."

NBA: Herro the hero as his 37 points lift Miami to crucial win over Boston, Heat now one win from Finals spot