Melbourne United import Marcus Lee says his good friend Isaac Humphries has taken a huge step forward in coming out as the only openly gay male player in professional basketball.

The video of Humphries telling his teammates has passed eight million views since it was published last week and the club has been overwhelmed by the positive response to the announcement which has reached all corners of the sporting world. 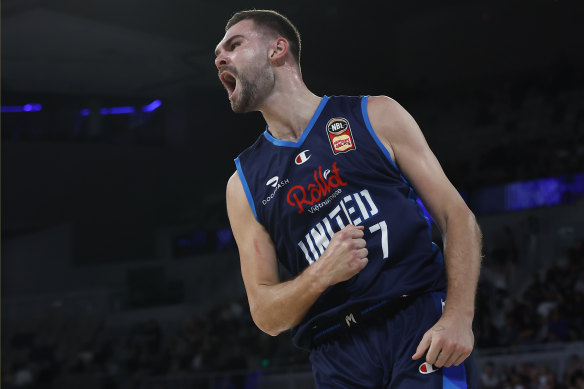 Lee became close friends with Humphries during their two years as teammates at the University of Kentucky and he was signed by United just before Humphries made his announcement, with Lee arriving in Australia from Spain as it went public.

The 28-year-old said he loved his good mate’s decision and he knew something was coming when he tried to call him after making his signing official.

“[He became] centre of the basketball universe while I was on a plane,” Lee said on Thursday.

“It threw me for a loop because I called him, I want to say, right when it was official and he was like, ‘Hey, I can’t talk, I’m in a family meeting’.

“I’m like you don’t do family meetings, unless it’s important because I know this family and that’s a rarity.

“I was already wondering what’s going on, and then the team told me before they announced and I was like, ‘Oh, that was what the family meeting was about’.”

Lee said Humphries’ announcement would open the door for other athletes to follow him.

“I absolutely love that he was able to be open with the world and kind of come out – now you kind of see his vibe and his energy kind of feels more relaxed that he can be himself and that’s all we can ask as friends looking from the outside,” Lee said. 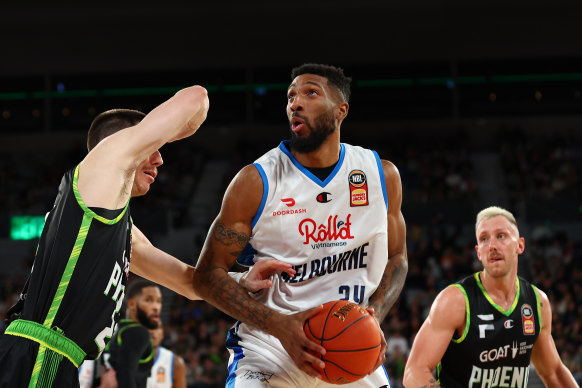 “It’s been a huge step in the basketball and the sports world that’s why you see soccer retweeting [the video] and taking it way further than what anybody they’re expected.

“It’s a huge thing and I hope it brings more to come.”

The two players had been chatting over social media recently as Lee waited to see if United would sign him, and he fills the spot at centre left by Ariel Hukporti’s season-ending Achilles injury in the pre-season.

Lee joked that he and Humphries had been talking in code as both had been sworn to secrecy about his signing in case the deal didn’t work out.

“We played hidden, keyword messaging back and forth on Instagram,” Lee said. “We were way too excited not to tell each other.”

Lee is also excited to bring his fiancee out to Melbourne soon as she was also at college with the pair.

On the court, Lee said he had quickly found his place in the side and would provide a point of difference to Humphries at centre as a faster, more athletic big man.

United coach Dean Vickerman said the side had handled all the spotlight from Humphries’ announcement well and he looked forward to the day sport was more comfortable with all sexualities.

“I think he has done an amazing job with the media and the public response to it was outstanding in acknowledging him and his courage,” Vickerman said.

“I hope we get to the point where we say, ‘Why are we even talking about this?’

“So many other workplaces have got this sorted out and sport just hasn’t. I thought the public sentiment around it has been outstanding.”

Bulls doco will be top TV, but Jordan fans may not like what they see