Oklahoma City playmaker Josh Giddey has high hopes for himself ahead of the new NBA season but he is also predicting big things from his good mate and countryman Dyson Daniels.

Giddey is back in Oklahoma City ahead of team training camp later this month after a long off-season which gave him time to work on his shooting and other facets of his game.

An early part of Giddey’s off-season program was working out with trainer Jordan Lawley in Irvine, California along with Daniels who was drafted by the New Orleans Pelicans in June.

The two Australians know each other’s games well after years playing with and against each other at the NBA Global Academy and in Victorian junior basketball.

“He’s grown a lot, he looks bigger and looks ready to contribute to his team,” Giddey said who spoke to media on Thursday as an ambassador for the NBA 2K23 video game which comes out on Friday. 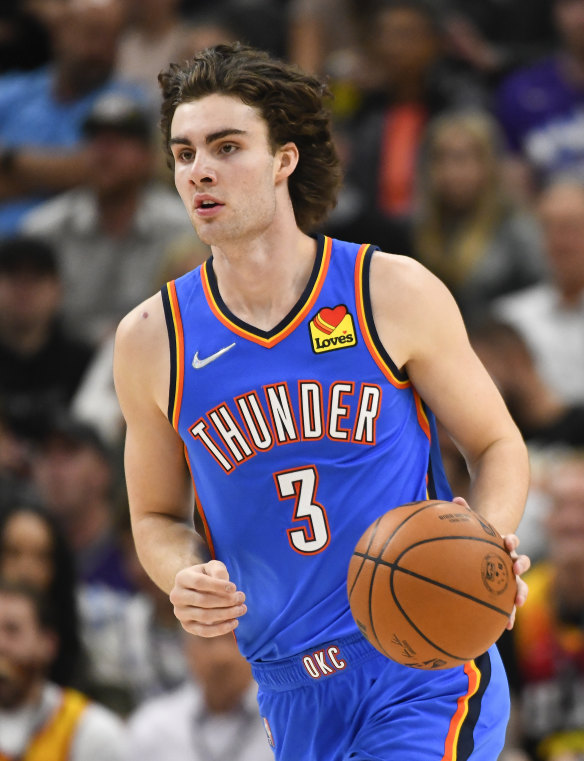 “We will hopefully be spending a lot of time together with the Boomers going forward and playing against each in the NBA for hopefully a long time.

“He’s always been a good defender, he’s known for that end of the floor but other guys in the league who might not know that – he’s going to surprise some people this year.”

Giddey believes his shooting will be even better as he continues working with new Thunder shooting coach Chip Engelland who signed as an assistant coach in July after a long tenure with the San Antonio Spurs.

“I haven’t played a real NBA game since early February so it has given me a lot of time to work on things,” Giddey said.

“Having Chip now at the Thunder got me really excited – he’s one of the best in the business and working with him every day will be a massive benefit for me.”

Basketball Australia has signed a deal with the game to have a Boomers jersey available for people’s virtual players to wear in the MyPlayer version of the game.

Many NBA players urge the NBA 2K programmers to boost their player rating but Giddey said he was staying humble after jumping from 72 [99 is the highest rating] last year to 82 in this year’s game, making him the second-highest Australian behind Ben Simmons on 83.

But he agreed with those who were angry Boomers star Patty Mills had his rating dropped to 72 from 75 last year.

“I might have to make a few calls, that is low for him,” Giddey said with a laugh.

Meanwhile, the Australian Opals have named Tess Madgen as team captain for the FIBA Women’s World Cup in Sydney which starts on September 22.

The 32-year-old guard fought back tears after learning of her elevation to the role after playing 65 games for Australia including appearances at the FIBA World Cup in 2018 and the Tokyo Olympics.

“We (the leadership group) wanted to lead by empowering everyone to be a leader and that’s something I’m extremely passionate about,” Madgen said.

“I’m going to be the best captain I can be, it’s a huge honour and I’m really overwhelmed. I love the team, let’s do this.”

Duke’s Zion Williamson as a tight end? A former LSU assistant said he offered him a football scholarship