For Australian Opals coach Sandy Brondello, a little toughness could go a long way towards getting her side out of their group of death in the FIBA Women’s World Cup in Sydney.

The Opals face Serbia on Sunday in a game that shapes as pivotal to their hopes of finishing in the top two of their group and avoiding a clash with favourites Team USA in the quarter-finals.

Brondello’s side bounced back from their opening night loss to France with a 118-58 thumping of Mali on Friday and what caught the coach’s eye was not the size of the margin, but a change in demeanour from her players. 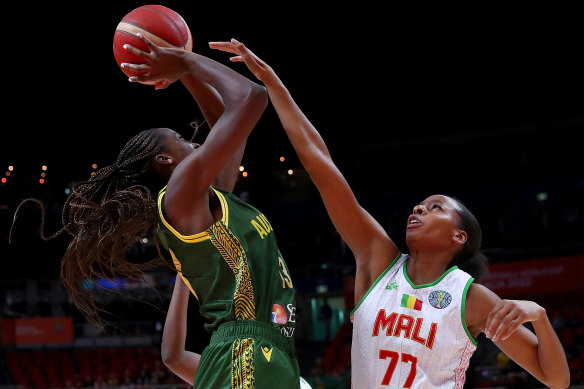 Ezi Magbegor is a key component of the Opals set-up.Credit:Getty Images

“We knew we had a pretty top group here, and France had a fantastic game on Thursday but struggled on Friday – it’s more about who could be the most consistent team will win,” Brondello said.

“We have to go back to our identity, having that little bit of toughness, and we had way more toughness tonight regardless of who we were playing.

“I thought some players got going a little bit, and we needed that.”

Opals centre Ezi Magbegor, who had 15 points in the win over Mali, said her teammates hadn’t forgotten the earlier Serbia game and would have to win the physical battle. 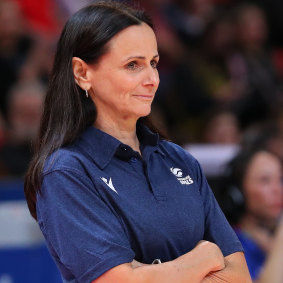 Opals coach Sandy Brondello is also the head coach of the New York Liberty in the WNBA.Credit:Getty Images

“We played Serbia in the qualifiers earlier in the year and lost that game,” Magbegor said.

“Their physicality will be the biggest challenge. They’re a big team as well. We’re a big team too, though, so I think we’ll match up well with them in that aspect.

“We know their game, but we just need to be ready and start the game off strongly.”

Canada leads Group B with a 2-0 record with France, Serbia, Australia and Japan all tied on 1-1 with three games to go and only the top four making the quarter-finals.

Opals veteran Marianna Tolo had made a difference off the bench in the first two games in Sydney, and she said the team knew they couldn’t look past the Serbia game.

“It’s going to come down to the wire,” Tolo said. 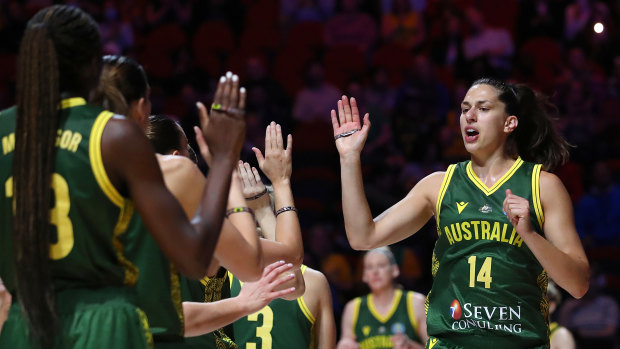 Marianna Tolo heads out on to court before the Opals’ clash with Mali.Credit:Getty Images

“So we just have to take it one game at a time and that starts with Serbia.

“We’ve had a good battle with them in [the] qualifiers, we are just going to focus on locking them down.

“The easiest way to get to the finals is to win all four games, but we can’t do that without taking it one game at a time.”

Tolo and Lauren Jackson have rekindled their connection on court this World Cup playing together off the bench, and Tolo said she wanted to make an impact with every minute.

“One of my strengths is that I’ve played a lot of international basketball,” Tolo said.

“I’m a pretty steady kind of person. I’ve had the experience of playing in big games before, so I just go back to what I know and know how to play.

“I’m just ready to play my role whenever I step out into the floor, that’s paid off the last couple of games.”

Penny Hardaway, James Wiseman and the Memphis Tigers: A timeline

Washington Wizards complete pair of trades ahead of NBA deadline