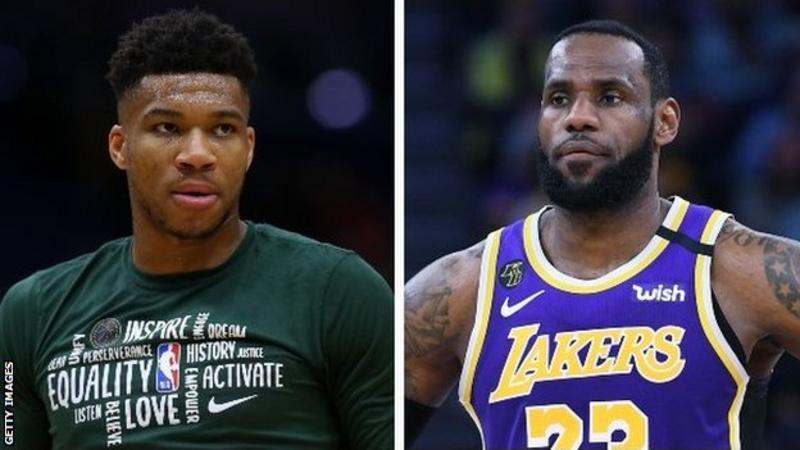 It won’t just be about seeing the best players on show when the 69th annual NBA All-Star Weekend starts in Chicago on Friday.

Here is everything you can expect from one of the most exciting weekends on the basketball calendar.

This is what the weekend is all about – Team Giannis Antetokounmpo v Team LeBron James in Sunday’s All-Star Game.

The teams are made up of ‘all-star’ players from across the leagues – voted for by team-mates, fans and media – and they are captained by those who received the most votes.

Giannis and LeBron picked their teams in a ‘playground’ format on live TV, so being picked last had an added sprinkling of salt to it.

There was added seasoning in the way Giannis snubbed Houston Rockets’ James Harden – claiming it was because he wants someone “that’s gonna pass the ball”. Ouch.

LeBron was happy to take Harden, adding him to a team that includes LA Clippers’ Kawhi Leonard and Lakers team-mate Anthony Davis, while Giannis lines up alongside Philadelphia 76ers’ Joel Embiid and Boston Celtics’ Kemba Walker.

The game will also pay homage to NBA legend Kobe Bryant who – along with his daughter Gianna and nine others – died in a helicopter crash on 26 January.

Team LeBron will be wearing jerseys with number two on the back in tribute to Gianna with Team Giannis all wearing number 24 for her father.

At the start of the fourth quarter, the game clock will be turned off and a ‘final target score’ will be set, to be determined by taking the leading team’s total cumulative score and adding 24 points – Kobe Bryant’s jersey number.

It’s set to be a more emotionally charged weekend than usual with all the tributes that will be rolling in for Kobe, especially as he is predicted to be nominated for a place in the sport’s Hall of Fame on Friday.

The announcements are first on the agenda for All-Star weekend. It is set to be arguably one of the best classes in history with San Antonio Spurs legend Tim Duncan and Boston Celtics’ Kevin Garnett likely taking their places next to Bryant.

Their inductions into the Hall of Fame are all the more poignant, considering some of Bryant’s greatest games came against both Duncan and Garnett. 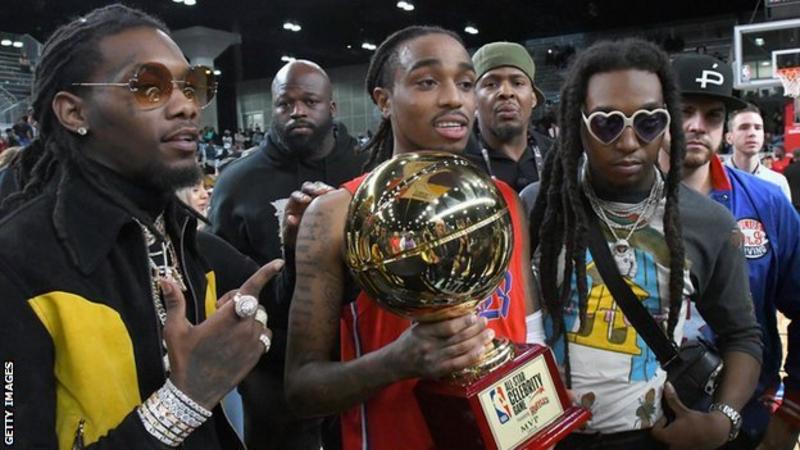 Friday night also plays host to the All-Star Celebrity Game, with the teams this year being captained by Chicago-born rappers – Common and Chance The Rapper.

This year’s celeb rosters also feature the past two winners of the game’s most valuable player (MVP) award. Comedian Famous Los won the award last year in North Carolina with rapper Quavo picking up the award in 2018.

Quavo has been putting in work to reclaim his title, readying himself up against Justin Bieber and Drake earlier this month.

This is the game that sees the best rookies and sophomores from across the league face off against each other in a USA v Rest of the World-style format.

Atlanta Hawks’ Trae Young and Dallas Mavericks guard Luka Doncic are both second-year players who will feature in the Rising Stars Game as well as starting in Sunday night’s All-Star Game.

But the headline act for the game will no doubt be New Orleans Pelicans rookie Zion Williamson. Despite only playing eight games so far this season because of injury, the 19-year-old forward has tons of hype around him since becoming the 2019 first-round draft pick. 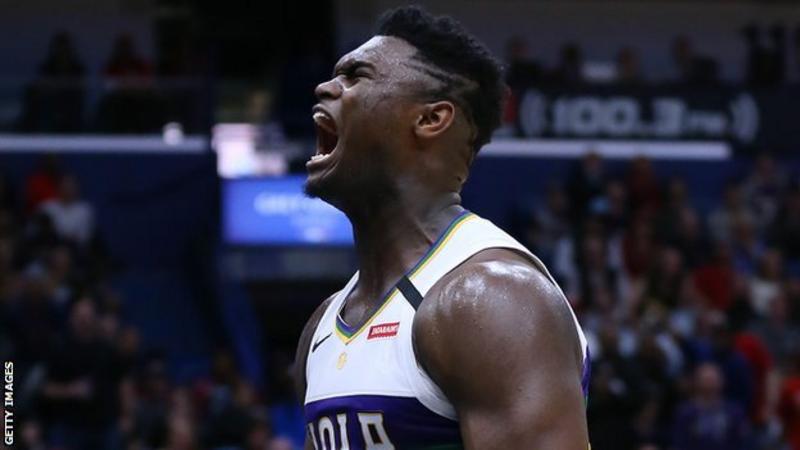 A massive part of the weekend’s festivities are the Saturday night challenges, including one of the most iconic events of All-Star weekend – the Slam Dunk Challenge.

It’s simple really – the best dunk wins. This year sees the return of a Slam Dunk legend in LA Lakers’ Dwight Howard. The centre lit up the competition between 2007-09, winning the contest in 2008 with this awesome Superman style dunk. 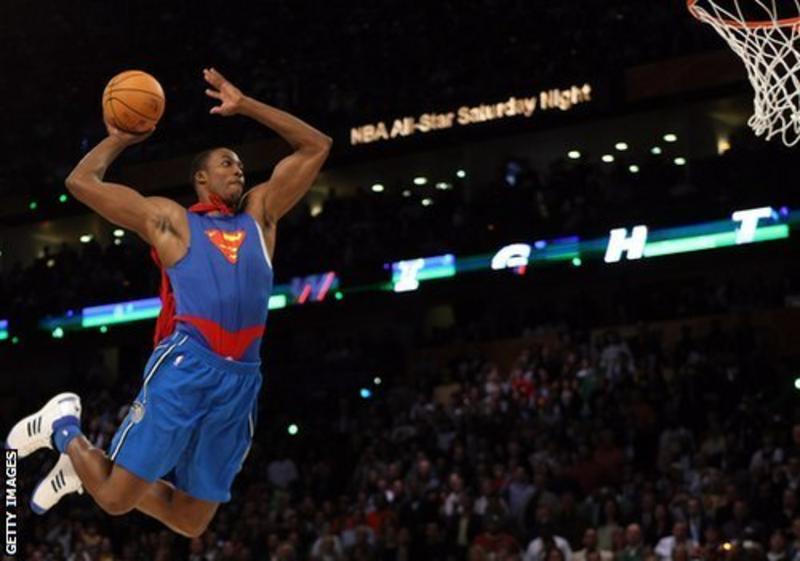 Saturday night also plays host to the three-point challenge as well as the skills challenge, so keep an eye out for sharpshooters such as Miami Heats’ Duncan Robinson, as well as some serious dribbling technique from Boston Celtics’ Jayson Tatum.

So sit back, get the popcorn ready to watch some of the NBA’s best players raising money for charity, playing for the love of the game – and this year, playing for Kobe.