It came as a huge surprise given that the Pelicans only held a 6% chance of getting the number one spot. The seventh best odds before the draft.

In short the NBA Lottery works like this – the worst teams get allocated the highest amount of possible number combinations from the lottery, giving them the greatest chance of signing the best players who have entered the draft that year.

So with that in mind it was widely expected that the Knicks, who finished rock bottom this season with just 17 wins from 82 games, would win the first pick form the first round – giving them the chance to secure 18-year-old college star Williamson for their roster next season. 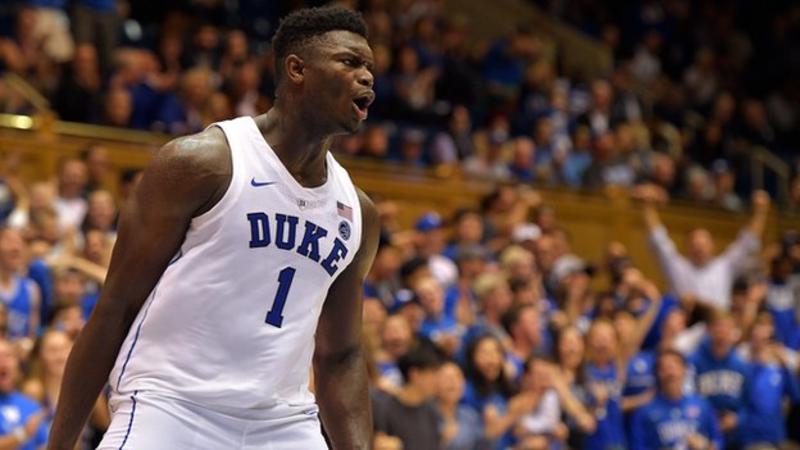 Signing for Division One side Duke University in January 2018, Williamson’s stock rose even higher with the forward regularly putting up impressive numbers, breaking record after record and ultimately, leading Duke to the Elite Eight in the NCAA Division I Men’s Basketball Tournament.

His incredible athletic ability went down a storm on social media with videos of some of his slam dunks racking up hundreds of thousands of views and helping him amass more than three millions followers on Instagram.

With the New York Knicks surprisingly drawn third they will more than likely miss out on the man they call ‘Zanos’ which makes it a little bit awkward for the fans who ordered a ‘Zion’ Knicks jersey: 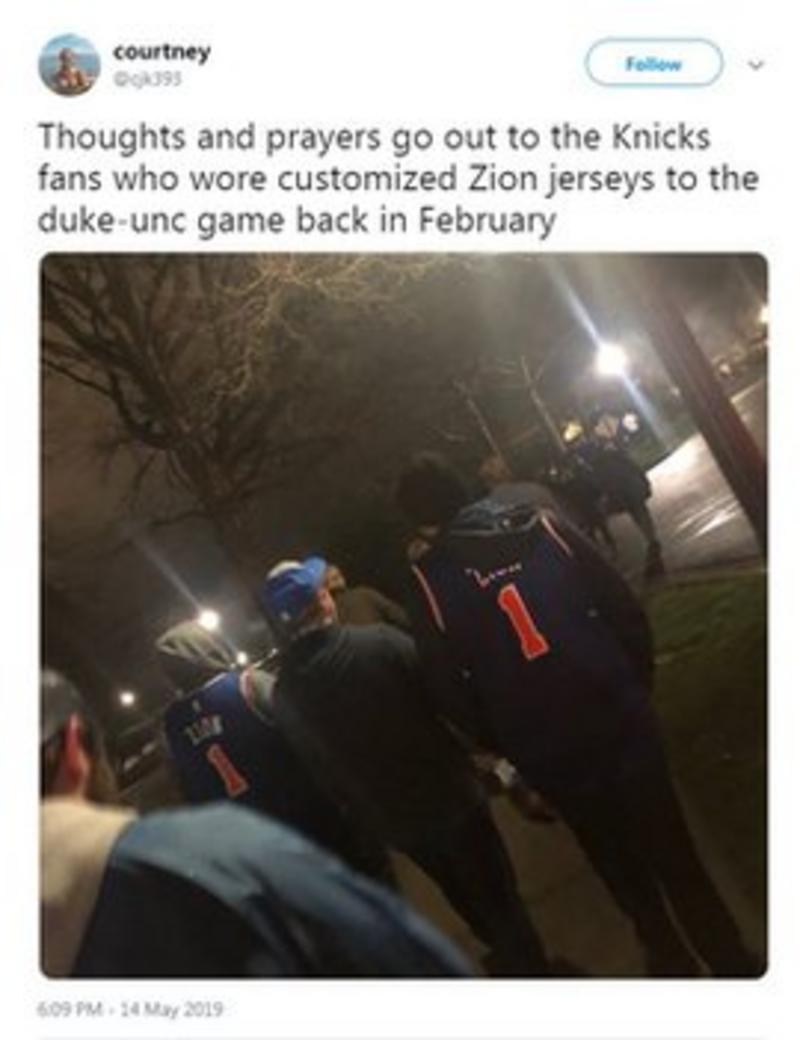 It could be worse, this fan got ‘Zion’ tattooed on him in the style of the Knicks logo… 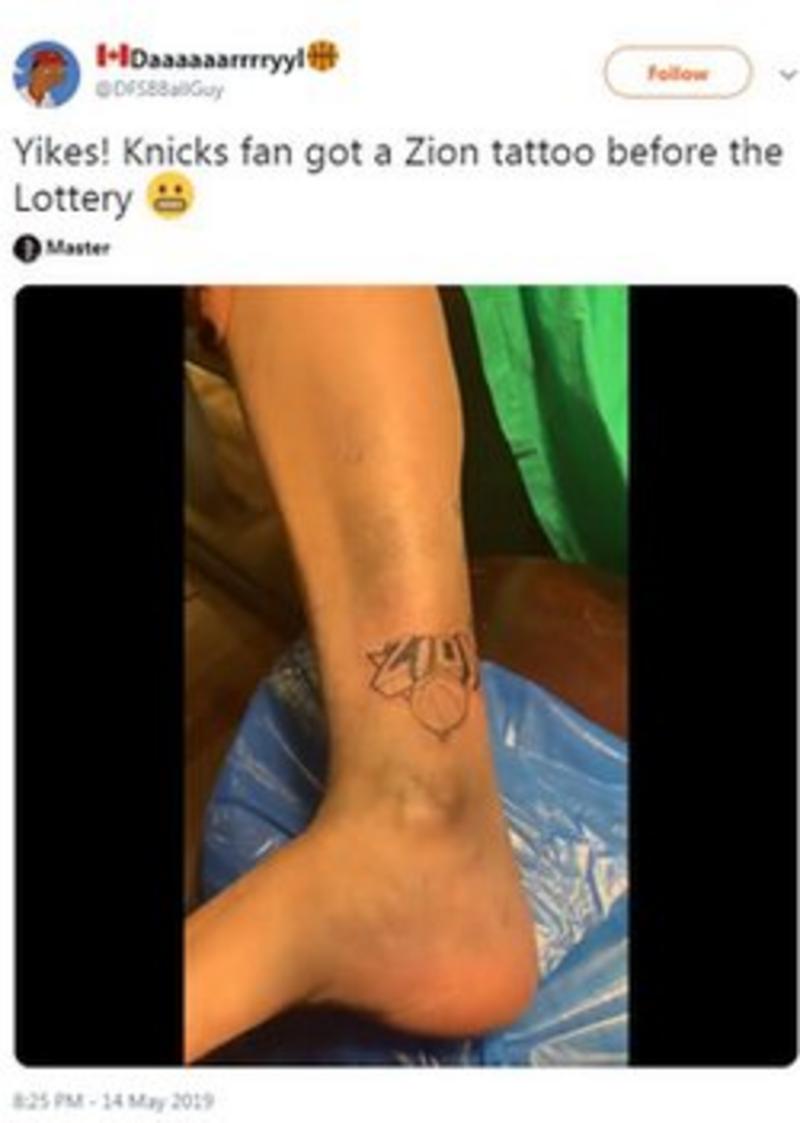 However, the Knicks are still expected to do big business this summer with Boston Celtics point guard Kyrie Irving and Golden State Warriors forward Kevin Durant among the players tipped to move to Madison Square Garden next season even if it’s with out Williamson.

How does the NBA Draft Lottery work?

We touched on it earlier but if you’ve got a bit more time on your hands, here’s a full guide to how the lottery works:

The 14 teams that don’t make the play-offs enter the NBA lottery where they have the chance to win a high draft position allowing them to secure the best players who enter each year.

Fourteen balls numbered 1-14 are placed in a lottery machine with 1,001 possible combinations when four balls are drawn. Before the lottery, 1,000 of those 1,001 combinations will be assigned to the 14 participating lottery teams. (One combination is disregarded and ignored if drawn).

The lottery teams are ranked in reverse order of their regular-season record meaning the worst performing teams are given the most combinations and thus the highest chance of securing the first draft pick.

The lottery odds are as follows:

Here are the full results from the 2019 lottery: