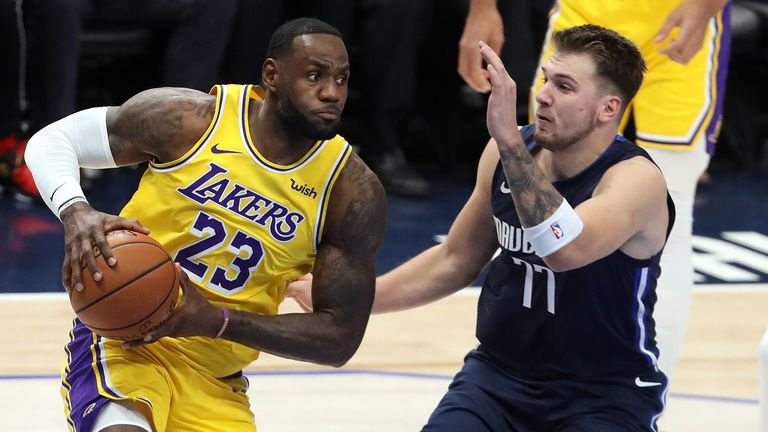 The Dallas Mavericks visit the Los Angeles Lakers in a Primetime clash on Sunday at 9pm, live on Sky Sports Arena.

As the home of the NBA in the UK, Sky Sports will broadcast 134 live regular-season games, including a record 48 in the weekend primetime slots.

That slate continues on Sunday evening…

The top team in the league hosts a young upstart in an NBA Primetime clash on Sunday night as the Dallas Mavericks visit the Los Angeles Lakers.

The Lakers (17-2) have won 10 in a row and lead the NBA in winning percentage. After an opening loss to the LA Clippers, the All-Star tandem of LeBron James and Anthony Davis has been nearly unstoppable, aided by the resurgent play of veteran team-mates. 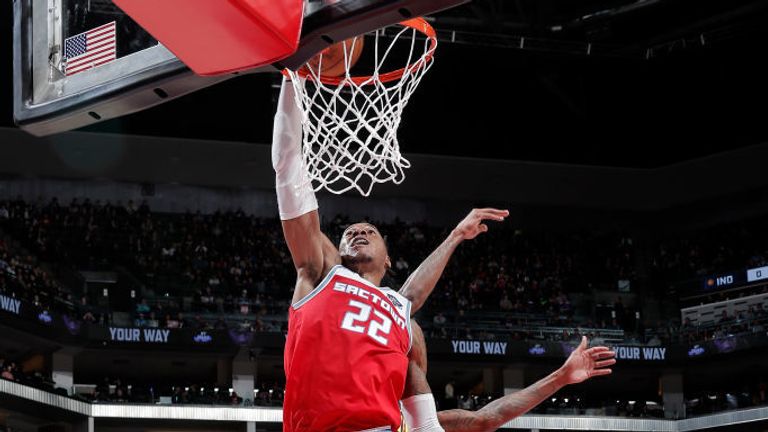 Davis is eighth in the NBA in scoring, averaging 26.1 points per game, while James is first in the league in assists with 11 per game in his 17th season.

James leads the Lakers, averaging 2.1 made three-pointers and scoring 25.7 points per game while shooting 36 per cent from beyond the arc. Kentavious Caldwell-Pope is shooting 58.4 per cent and averaging 9.7 points over the last 10 games for Los Angeles.

The Lakers will be without DeMarcus Cousins (knee) and Avery Bradley (right leg).

The Mavericks (12-6) are in fifth place in the Western Conference and much improved from last season. They are 7-3 over the past 10 games, with a 6-2 away record overall.

At just 20-years-old, Luka Doncic is taking the league by storm. He is third in NBA scoring, averaging 30.8 points per game, and leads the Mavericks, averaging 3.1 made three-pointers while shooting 32.5 per cent from beyond the arc.

In November, he became only the third player in league history to average a 30-point triple-double over a month.

Dwight Powell has averaged 1.5 assists and scored 6.3 points over the last 10 games for Dallas.

Kristaps Porzingis has yet to find the form that made him a star in New York, but is contributing 17.3 points on 40 per cent shooting and 9.4 rebounds.

The teams square off for the second time this season. The Lakers won 119-110 in the last meeting on November 1. James led Los Angeles with 39 points, and Doncic led Dallas with 31 points. Want to watch the NBA but don’t have Sky Sports? Get the Sky Sports Action and Arena pack, click here.

Sky Go: Subscribers can watch the action wherever they are as it happens. Sign in to Sky Go to watch on your desktop computer or laptop or download the app.

NOW TV: Watch the action from £7.99 – with no contract required. The NOW TV app is available on more than 60 devices, including TV, mobile phones, and games consoles, and you can register up to four of them.

Sky Sports is the home of the NBA in the UK with live coverage throughout the week, including at least three showcase games across the weekend.