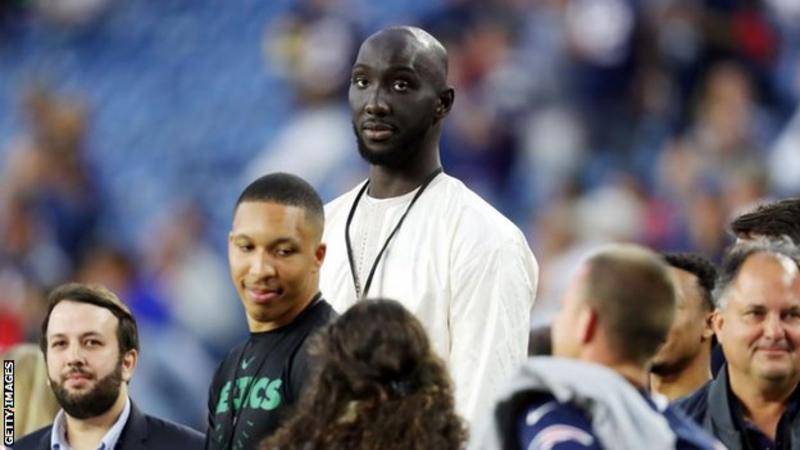 Tacko Fall only stepped on to a basketball court seven years ago – but the imposing 7ft 5in Senegalese is now hoping to become the tallest active player in the NBA.

Two and a half inches shorter than retired Romanian player Gheorghe Mureșan – the NBA’s tallest ever player – 23-year-old Fall is battling to make the Boston Celtics’ 15-man roster for the upcoming season after signing for the franchise in the summer.

The Celtics decided to move for Fall after he recorded the highest marks ever for wingspan (8ft 2.25in), standing reach (10ft 2.5in) and height with shoes (7ft 7in) at the NBA Draft Combine earlier this year.

Born in Dakar in 1995, Fall moved to the United States aged 16 – when he already stood at 7ft tall – and went on to play college basketball for the University of Central Florida.

Basketball is my life. If I don’t play for one day, it drives me crazy

Frank Caliendo voices Bill Walton, Charles Barkley with Walton at his side