Anthony Joshua ‘can’t afford’ to put his fight against Kubrat Pulev back again, says promoter Eddie Hearn – and he will return to the ring behind closed doors before the end of the year even if it means missing out on millions

Anthony Joshua’s next fight could take place behind closed doors as the world heavyweight champion’s promoter Eddie Hearn said: ‘You can’t afford to sit and wait for what might be.’

Joshua, who drew in the biggest post-war British boxing crowd of 90,000 for his win over Wladimir Klitschko at Wembley three years ago, had been due to face Kubrat Pulev in June at the Tottenham Hotspur Stadium.

That plan was scuppered by the coronavirus pandemic and it is understood December 12 at the O2 Arena has been pencilled in for Joshua to defend his WBA, IBF and WBO titles against his mandatory challenger. 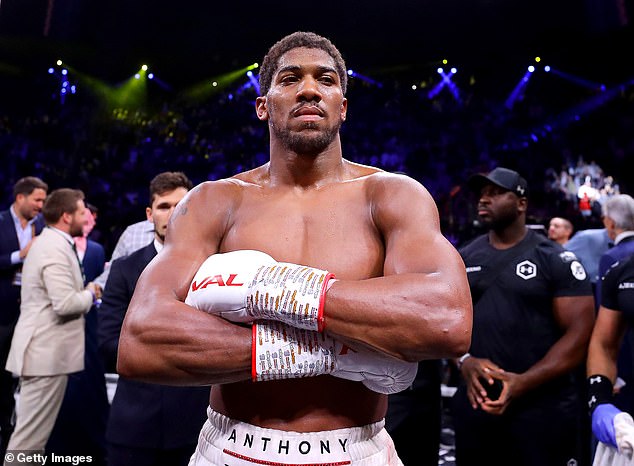 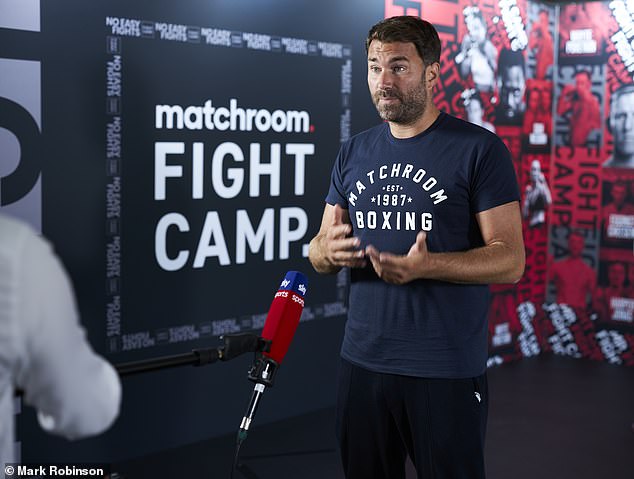 The ongoing public health crisis and a national spike in cases recently means the government’s initial plan to gradually allow spectators to return to sporting events from October 1 is currently under review.

However, as Joshua’s most recent fight was last December, when he regained his world titles by avenging his defeat to Andy Ruiz Jr in their rematch in Saudi Arabia, it seems his date with Pulev will not be postponed again.

‘Anthony hasn’t boxed for a year and the ultimate thing is he needs to progress his career,’ Hearn told BBC Radio 5 Live. ‘He wants to learn, he wants to fight, he wants to be active and we live in a world now where you can’t wait.

‘You’ve got two options: you either sit and wait – and that includes Anthony Joshua – maybe until next year, or you get out there and you fight, you earn your money, you learn your craft and you continue to battle through it. 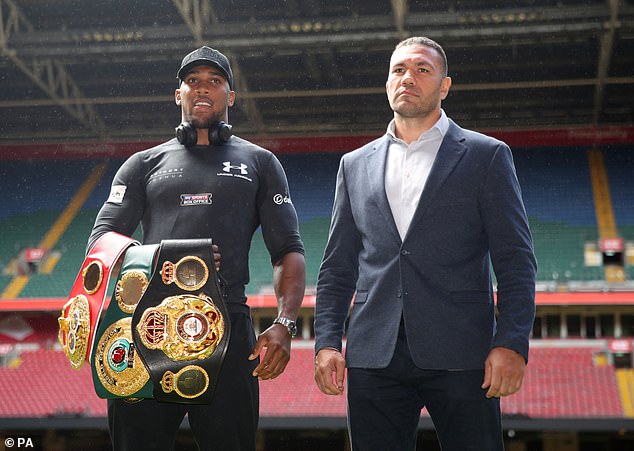 ‘We hope that there is some sunshine over the hill with this whole nightmare.

‘We are not prepared to sit tight and wait and we have said in these schedules, fans or no fans, our fights will be taking place.

‘If you’re a business, if you’re a sport, you can’t afford to sit and wait for what might be.’

Culture Secretary Oliver Dowden will meet sports bodies on Wednesday to discuss allowing 1,000 fans into events, which could pave the way for fans to attend boxing matches.

However, as AJ is used to drawing in sell-out crowds in some of the biggest arenas in the UK, then a much lower attendance would correlate with a lower pay day for the British boxer.