Former cruiserweight champion Johnny Nelson believes Anthony Joshua is showing his intentions by arriving in Saudi Arabia early ahead of his world title bout with Oleksandr Usyk. It highlights an enormous change in tune for Nelson after he criticised the Brit for being too friendly with the Ukrainian, who dethroned him in September.

Back in September, Joshua was comfortably outclassed as the Ukrainian took his WBA, WBO and IBF world titles in front of 65,000 fans at the Tottenham Hotspur Stadium. Usyk stunned Joshua on a number of occasions and was simply too fast for the Brit, landing a number of impressive hits to win unanimously on points.

Joshua will look to reclaim his titles when he faces the Ukrainian at the Jeddah Super Dome in Saudi Arabia on August 20. If he emerges victorious, Joshua would become a three-belt unified champion – and Nelson criticised the 32-year-old for his friendly demeanour towards Usyk during the press conference.

However, footage has emerged on social media of Joshua training in Jeddah, a full month before he is set to enter the ring with the Ukrainian. Nelson compared Joshua’s early arrival to that of Muhammad Ali, who famously arrived in Zaire months before ehe defeated George Foreman in The Rumble in the Jungle in 1974.

“It’s a good sign,” Nelson told Sky Sports. “He wants to acclimatise, get used to the heat, get used to his environment, make it second nature, a second home for himself out there, which is a good sign. 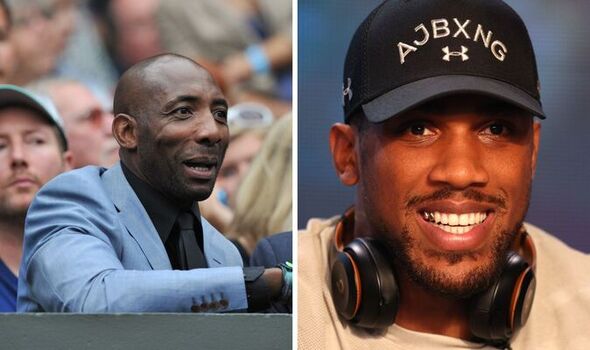 “I remember when Ali did it when he was fighting George Foreman in the jungle, he was there for longer than he expected to be. I think, this one here, AJ has gone out there thinking he’s got to do it right. I’m sure he’s taken his team out, his sparring partners out there.

“It’s the best thing to do, just to get used to the heat. He’s got to do everything in his favour, and I like the thinking behind it. We can read into so many things, but it shows serious intentions, he’s out there on business, which is a must.”

Joshua cut ties with long-time trainer Rob McCracken following his defeat to Usyk, with Robert Garcia coming in as his replacement. Nelson believes such slight advantages, including Joshua’s early arrival, will be crucial as the bout could be decided by incredibly tight margins.

“It’s not an impossible ask for AJ to get the win,” Nelson continued. “He has the ability, he has the tools to do it. He’s just got to make sure he chooses the right tactics. 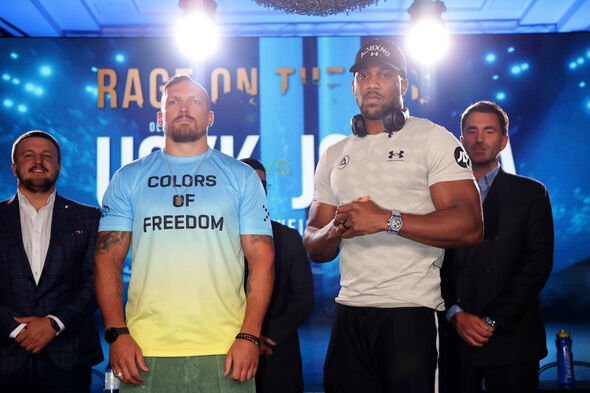 “Both fighters have had the grace of sharing the ring and knowing what each other’s strengths and weaknesses are. Usyk might think about putting the pressure on a bit earlier because he almost had AJ out in the first fight. AJ might think about playing Usyk at his own game and putting Usyk under pressure from off, going for broke.

“For AJ, he’ll want to go in there and get him out of there, because he knows as the fight goes on it favours Usyk the most. He just can’t afford to let this man feel comfortable in his presence, in his environment, in his company.”

Joshua is set to face Usyk in their heavyweight world championship bout in Jeddah on August 20.

Wilder vs Joshua gets ‘green light’ regardless of Usyk fight result