Anthony Joshua’s performance in his knockout victory over Kubrat Pulev has been described as ‘strange’. That’s the view of fellow heavyweight Dillian Whyte who watched the Wembley bout from ringside.

Joshua retained his WBO, WBA and IBF titles after a devastating right hand floored his opponent in the ninth round.

Pulev, who hit the canvas for the third time was unable to make the count and referee Deon Dwarte called an end to the bout.

Whyte, who was in attendance at the SSE Arena, gave an honest assessment of Joshua’s display against the Bulgarian fighter.

JUST IN Anthony Joshua vs Kubrat Pulev LIVE: Results and updates as AJ looks to set up Fury fight 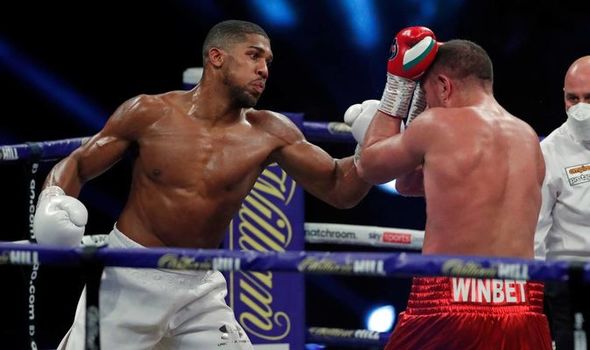 “Strange performance, it seems that he was stuck between two or three different styles.

“He’s got three different trainers in his camp, I don’t understand what’s going on there.

“But he got the victory so you can’t really complain.”

After a cagey opening, Joshua seized control in the third round, twice putting Pulev on the mat.

Anthony Joshua vs Kubrat Pulev highlights: How to re-watch full fight for free

But the 39-year-old IBF mandatory challenger returned to his feet on both occasions and battled his way back into the fight.

Although rarely looking like winning, Pulev withstood a Joshua onslaught for the remainder of the match, bizarrely laughing as his opponent rained blows on him.

Joshua, in particular his uppercut, wore the challenger down and the Brit picked him off in the ninth to end the contest.

“I don’t know why he let Pulev back in the fight,” questioned Whyte.

“He should have just destroyed him, I don’t know why he let him back in the fight.

“I thought Pulev was gone. Pulev didn’t pose much of a threat really, did he?

“He’s not the hardest hitter. There wasn’t any risk of him knocking Joshua out, was there?

“I didn’t have him winning a round, he lost every round.” 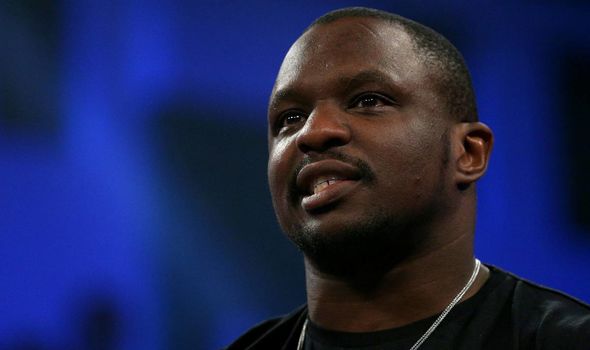 Whyte praised Joshua for a professional display but again was unsure why he took so long to put the fight to bed.

“He got the job done in great fashion,” he added.

“When the KO came, it came good, but I think he could have done it a lot quicker.

“He seemed to be in that negative zone. I don’t know. It was a strange performance.”