Boxing: Joshua says he has 'character' to crack Pulev

Anthony Joshua has opened up on the advice he has sought from Wladimir Klitschko in the build-up to his heavyweight title fight with Kubrat Pulev. Joshua steps back into the ring for the first time in 2020 when he beat Andy Ruiz in their highly-anticipated rematch.

On that occasion, Joshua won back his WBA (Super), IBF, WBO, and IBO heavyweight titles after losing the first clash in shocking fashion to the Mexican six months earlier.

A number of opponents have been proposed, but on Saturday, Joshua takes on the IBF mandatory challenger in Pulev.

Pulev’s promoter Bob Arum has claimed the Brit is a ‘flawed fighter’ and expects his fighter to win the belts at the SSE Arena.

But as he prepares for another box-office title fight, Joshua has spoken about the extensive talks he has held with previous champion and opponent Klitschko.

JUST IN: Anthony Joshua vs Pulev: Security step in as Marku and McGowan clash 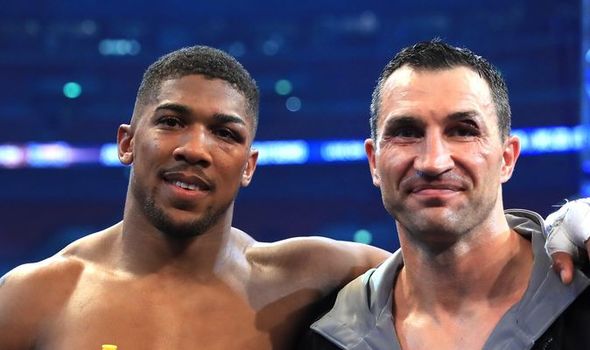 Joshua knocked out the legendary Ukranian in 2017, but has retained a close friendship since.

“I’ve got huge admiration and huge respect for Wladimir Klitschko,” he told Sky Sports. “He’s someone that when I first started, I looked at, because I understand there’s a brutal side to boxing and you’ve got to be Mike Tyson. There’s the showman, where you have to be like Muhammad Ali, I’m all for that.

“But the way he conducted himself – and his brother – was second to none. I wanted to adapt different parts of their style.

“That’s when he invited me into his camp and that’s why I get my hands professionally wrapped. I do it myself sometimes, but coming up to a fight I want to get a feel of exactly how I will be on fight night.” 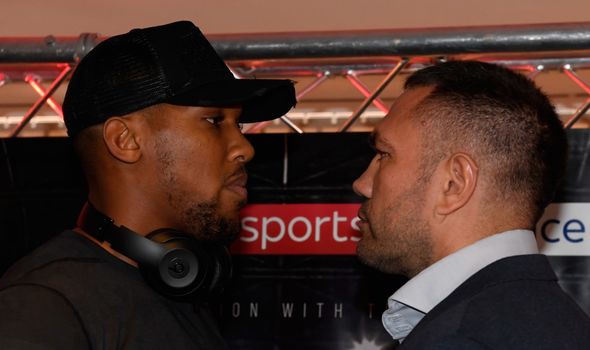 Asked if he has remained in touch, he added: “Constantly yes. I spoke to him yesterday for about an hour. What it is about Klitschko, he’s from the old school era and then he came into our era.

“He’s been around for a long time, so to pick his brains about what he was going through early on and what he left the game with is amazing.

“He says that he has stepped away from boxing, he doesn’t like to get too involved. So to have that direct access to him is superb.”

Should Joshua come out with the win against Pulev, it will likely set up an all-British bout with Tyson Fury in 2021, but Arum has warned it is a lot more likely that the Gypsy King will face off with Deontay Wilder.

“If Pulev wins, it would disappoint a lot of people, including Tyson Fury, but it is what it is,” said the Hall of Fame promoter. 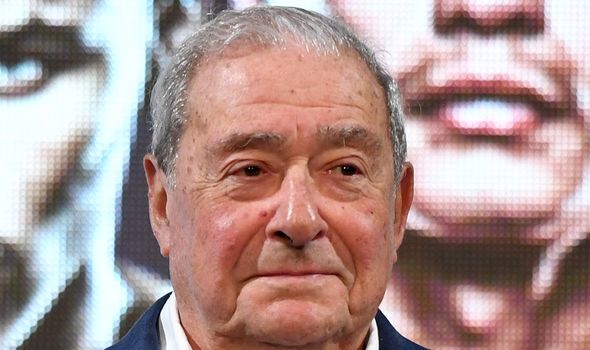 “If Pulev beats Joshua, Joshua has an absolute right to a rematch.

“Obviously if what I think will happen happens, then maybe Tyson would revisit doing a fight with Wilder.

“That to me would make the most sense, but that would be up to Tyson.”

“I think Joshua is a flawed fighter,” Arum added “The fact that he got knocked out by Andy Ruiz, who is not a big knock-out guy, and then in the rematch he beat Ruiz by outboxing him.

“But Ruiz was in no kind of shape. He was obese, he didn’t train, he had celebrated too much. And yet Joshua didn’t go after him to knock him out to avenge that defeat. That indicates to me that Joshua is really lacking confidence.

“He’s [Pulev] not a Deontay Wilder with a one-punch knock-out, but he is a big, strong physical guy and I believe Joshua’s chin is suspect.”