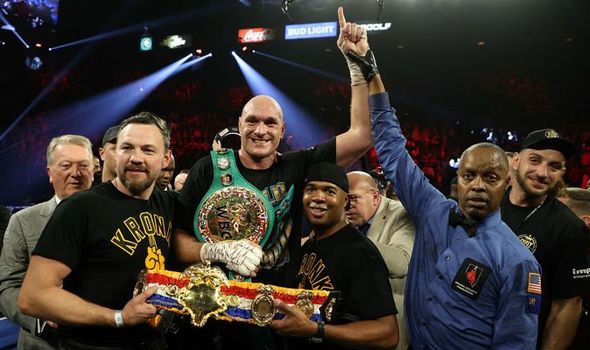 Kubrat Pulev has accused Anthony Joshua of refusing for their unified heavyweight title fight to take place outside of London, branding ‘AJ’ a ‘coward’.

“I think it is obvious – because he’s afraid,” Pulev told Sky Sports. “I don’t see any other reason [to demand it happen in London].

“We offered various destinations – from Istanbul to Las Vegas, New York or Saudi Arabia. And then I got the reply that Joshua would come up against me only in London.

“Otherwise, there would be no fight at all. And of course, I agreed to this condition. I’m not concerned about the place. For example, I never asked for the fight to be in Sofia.

“From day one I wanted it to take place at a neutral venue as this would be fair to both sides.

“There’s no such thing as an ideal location for a true fighter. He can fight everywhere and he’s not worried about anything. Picking a certain destination is for cowards. For those who prefer to talk a lot rather than act.

“I can think of at least two others who fit this description and who have refused to come to Sofia to face me – Dillian Whyte and Jarrell Miller.” 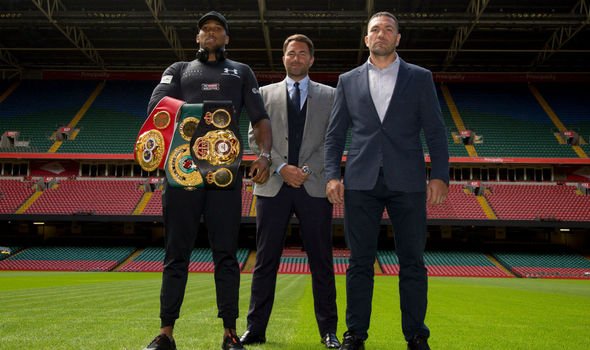 WBC heavyweight champion Tyson Fury has labelled Joshua ‘a big cuddly baby’ and claimed Deontay Wilder is a much tougher opponent than the Olympian.

“100 per cent, Joshua’s not dangerous, at all,” he told ESPN when asked if Wilder is the more dangerous of the duo. “He’s like a big cuddly baby.

“Why would I be a believer when he got knocked spark out by Andy Ruiz? A last-minute replacement opponent.

“Turned up 300lbs or whatever, didn’t train, and Anthony Joshua couldn’t do any good with him in the rematch.

“He doesn’t have anything, he couldn’t hold a candle to the ‘Gypsy King.’ There’s only one heavyweight out there, there’s only one undefeated world champion.

“They’ve all fallen by the wayside, the fellow that hasn’t gotten beat, has knocked them out.

“I’m the only one. Me. The ‘Gypsy King’. Unbeatable, the untouchable, unbreakable champion.” 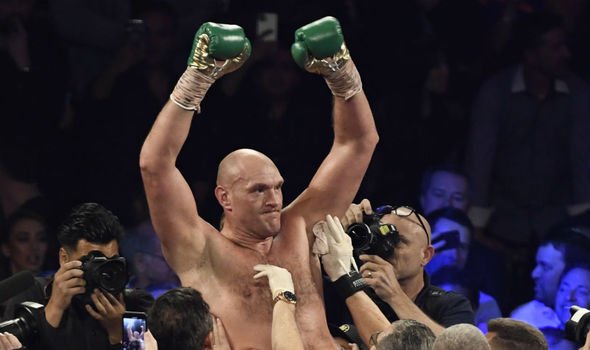 Former four-weight world champion Floyd Mayweather will only return to the boxing ring for a rematch with Manny Pacquiao if he runs out of money, according to Amir Khan.

“I mean, Floyd Mayweather, to fight again? – At the end of the day, I don’t know,” Khan told World Boxing News.

Floyd Mayweather is one of those fighters who might have spent up (the majority of his money) and might have to come back to the ring again.

“He spends a lot of money, but I don’t know if he’s ever going to want to come back. As I said, maybe he’s going to.

“We don’t know about Floyd Mayweather. But at this point in time, I can’t see him coming back to fight in a proper fight.

“He’s been out of the ring a long time and he is getting older. You have to remember his age, he’s 43 years old.

“Obviously, you’ve still got Manny Pacquiao going at 41. Mayweather might see that and think I can keep going boxing as well.”