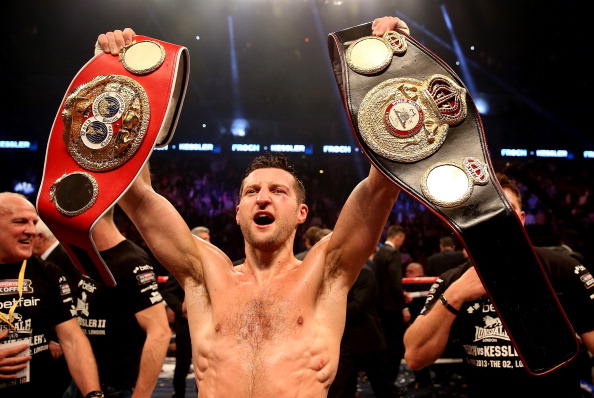 Former world champion Carl Froch believes everyone in the UK – including children – should be ‘obligated to watch’ the Queen’s funeral on Monday.

Froch, a four-time super-middleweight champion and one of the country’s most successful fighters, shared a tweet from television personality Ant Middleton which read: ‘Every Brit in the UK (children included) should be obligated to watch the Queens funeral as it will forever be a huge part of British history and further education!

‘As sad as Queen Elizabeth II passing is, it has really united the people which I thought was an impossible task.’

Not everyone was impressed with Froch’s sentiment however with one Twitter user pointing out: ‘Some of us have to work Carl, not sit around on our a**se all day’ while another added: ‘How about we just let people choose?’

A national bank holiday has been declared on Monday with many businesses that normally open on such days operating at a reduced hours in order to provide UK citizens with the opportunity to mourn.

BBC, ITV and Sky will have live coverage throughout the day having cancelled all regular programming.

The majority of cinemas in the UK will be closed but a select number will be opening to broadcast the funeral for free.

Froch, nicknamed ‘The Cobra’, twice won the WBC belt along with the WBA and IBF titles during a superb 13-year career.

After memorable bouts with Andre Ward, Lucian Bute and two wars with Mikkel Kessler, he shared two memorable battles with fellow Briton George Groves in 2013 and 2014, knocking out the Londoner in front of 80,000 people at Wembley Stadium in their rematch.

Head to Metro.co.uk’s Queen Elizabeth II tag page for the latest updates, and sign Metro.co.uk’s book of condolence to Her Majesty here.