Chris Eubank Jr completed a punishing points victory over Marcus Morrison to stay on course for a big-name fight this year.

Eubank Jr ended a lengthy absence from the ring, hurting Morrison on a number of occasions before sealing victory with three scores of 98-92 in Manchester.

New trainer Roy Jones Jr had overseen preparations in America for Eubank Jr, who opted to test out his newly acquired skills instead of seeking the stoppage. 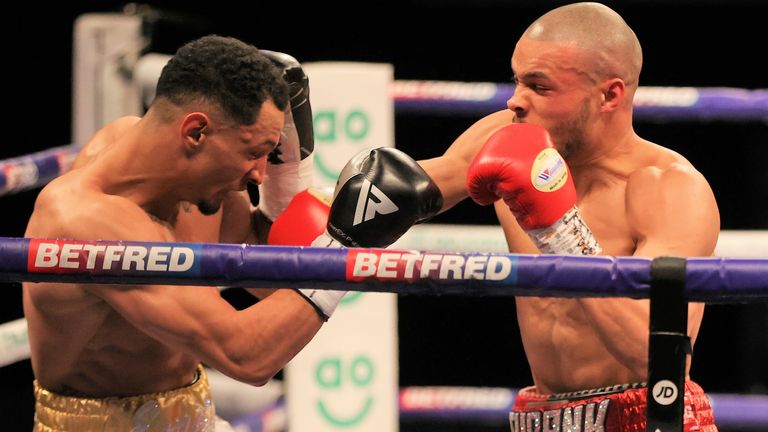 Eubank Jr postured and probed in the opening round, exchanging stiff jabs with Morrison.

But the 31-year-old troubled Morrison with his first genuine attack in the second round, peppering the Mancunian with punches in the corner.

Morrison tried to gain respect with a counter right hand in the third, while Eubank Jr offered only a brief flurry of shots in the fourth. 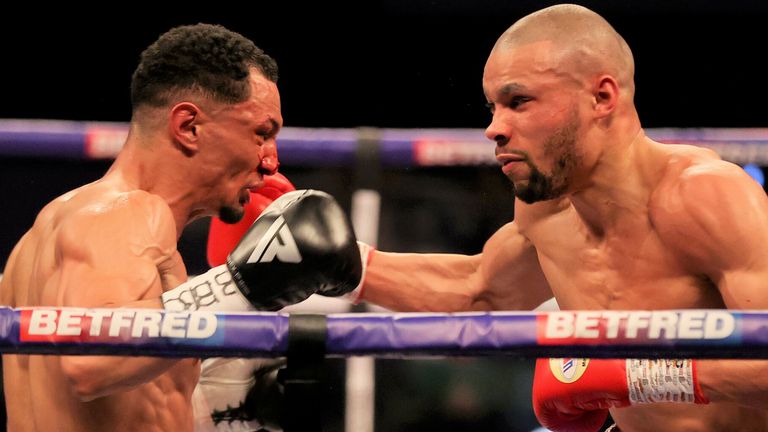 But hurtful hooks were unloaded by Eubank Jr as he showed more spite in the fifth, then punished Morrison with a barrage of thudding shots in the sixth.

Blood was smeared around the nose of Morrison, who had to withstand another fierce flurry in the seventh, while Eubank Jr ignited a left-right combination in the eighth.

Morrison fired back with a crisp left hand in the ninth, sparking a fiery finale as both men traded at close quarters before Eubank Jr emerged with a clear victory on the scorecards.

Watch Chisora v Parker and Taylor v Jonas on Saturday, live on Sky Sports Box Office, from 6pm. Book it via your Sky remote or book it online here. Non-Sky TV subscribers can book and watch it here.

Ben Askren: Jake Paul doesn't have a fighter's mentality and has proved nothing