‘What in the f*** is going on here?’: Conor McGregor mocks ‘mad little b******’ Floyd Mayweather ahead of Money Man’s comeback fight against kickboxer Tenshin Nasukawa

Conor McGregor has mocked ‘mad little b******’ Floyd Mayweather after the Money Man announced his comeback fight against kickboxer Tenshin Nasukawa on Monday.

The 41-year-old, unbeaten in all 50 of his career fights, has long been mooted with a move to mixed martial arts to fight McGregor or Khabib Nurmagomedov.

But he revealed that he has signed with Japanese mixed martial arts promotions company RIZIN Fighting Federation, although it is not yet known what rules will be in place when he fights 20-year-old Nasukawa in Saitama. 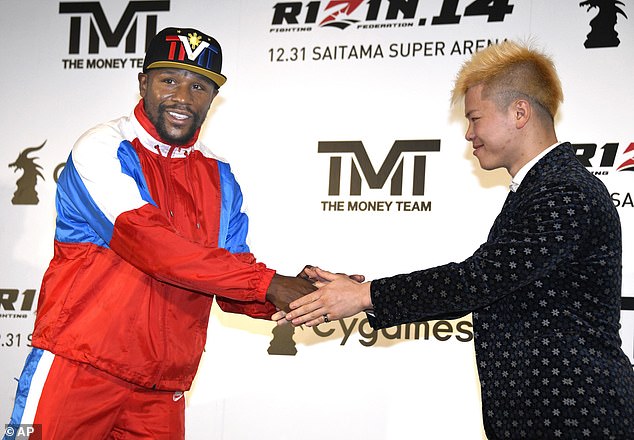 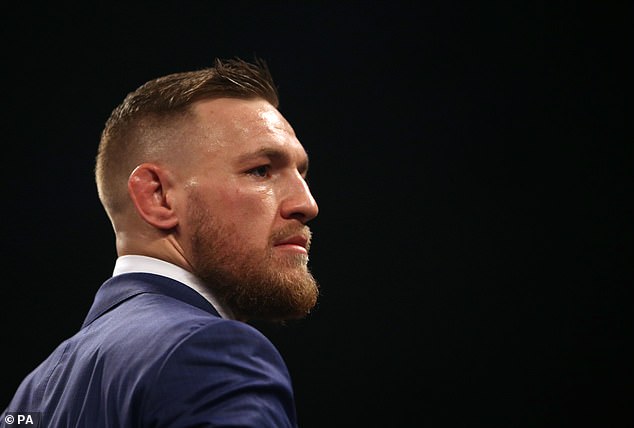 In a lengthy post on Instagram alongside a photo of Mayweather and Nasukawa, McGregor unleashed a foul-mouthed rant and joked the pair looked like the stars of successful movie franchise Rush Hour.

He wrote: ‘Is that a tracksuit or a sauna suit Floyd haha w**. is it hot in Tokyo or what’s the story here? that climate change is no joke f*** me hahah 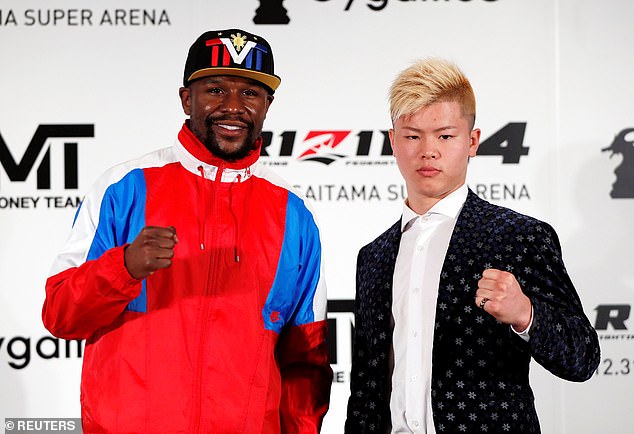 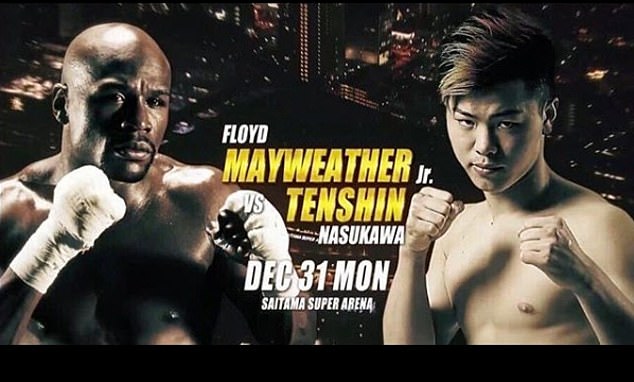 Boxing Scene have reported that the contest will strictly be a boxing exhibition and may only be scheduled for three rounds.

The finances of the deal were not disclosed at Monday’s news conference, although any deal to lure Mayweather back is expected to be worth eight figures.

Speaking at a news conference in Tokyo on Monday, there was no mention of UFC’s two biggest names.

Instead, Mayweather explained that the decision to fight in Japan was about expanding his global profile.

‘I wanted to do something different. I wanted to display my skills outside the US and be in a special fight,’ he said.

‘I spoke with my team and with RIZIN and we put it together.

‘I have fought in the US for all 50 of my fights. As a professional I haven’t had a chance to go outside the US to display my skills and to display my talent for the world. 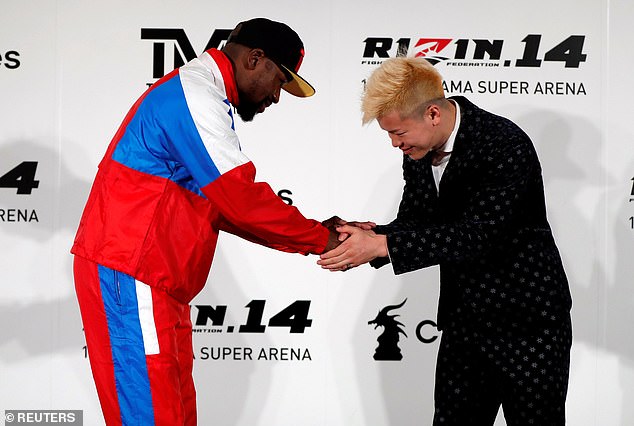 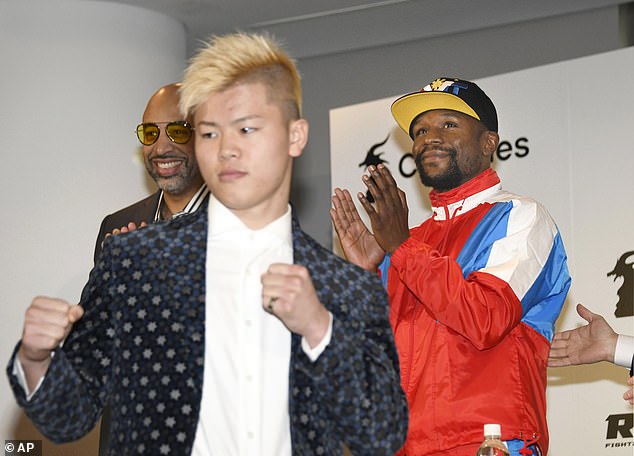 Nasukawa, 20, competes in MMA and kickboxing and has won all four of his fights

Early indications also suggest that the fight will not be a pay-per-view event with a boxing match in the early hours of Monday morning expected to be a tough sale in the United States.

That would mean it will be the first time Mayweather has fought in a non-pay-per-view event in the United States since he stopped Sharmba Mitchell back in November 2005.

Mayweather, who is expected to start training for the fight in the United States on Tuesday, added that the terms of the fight would be decided in the coming weeks.

‘As far as the weight class and the rules, we will talk about that and will get that situated within the next couple of weeks,’ he said.

Mayweather’s last bout was in 2017 when he beat Irish MMA fighter Conor McGregor, running his boxing record to 50-0 and earning close to $300 million (£230m). 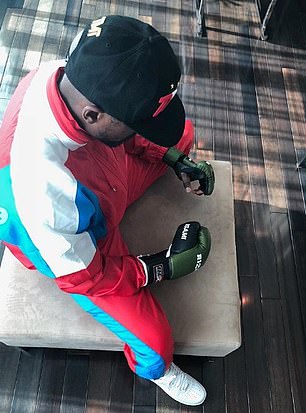 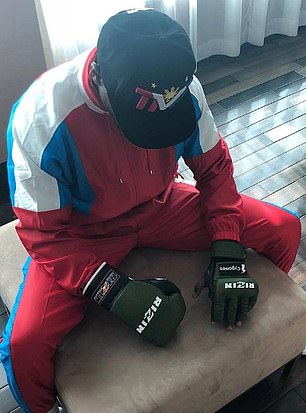 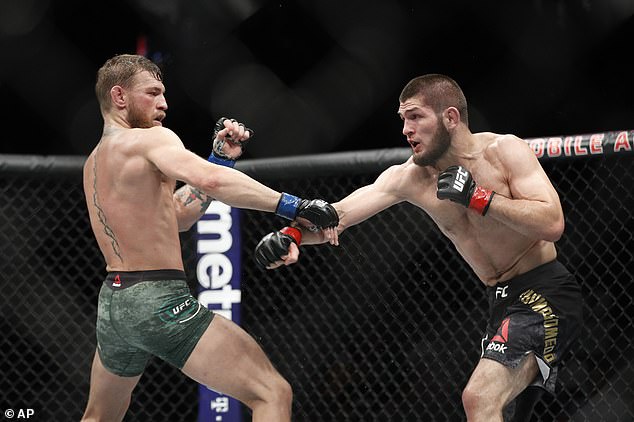 Mayweather had come out of a near two-year retirement to fight McGregor and afterwards said he was done with boxing.

‘We do foolish things sometimes but I am not a dam fool. If I see an opportunity to make $300 million in 36 minutes why not,’ he said after that fight in Las Vegas.

‘But this is the last one, you have my word on it.’

Last month, Mayweather told TMZ that he would fight both Nurmagomedov and McGregor once again in 2019.

‘McGregor was talking that s***, so it ain’t over,’ Mayweather told reporters. ‘After me and Khabib lock up, me and McGregor we gonna lock up again.’